As laptop manufacturers begin to roll out their 2022 models, now is a good time to scoop up a model from last year at a discount. With Intel announcing new 12th-gen Core processors and AMD rolling out new Ryzen chips at CES at the beginning of the year, retailers are slashing prices on current models to make way for new releases with the latest chips. You can also find savings on laptops with the latest Intel silicon.

The best deals I see this week are at Best Buy, where you can save $200 on Dell’s latest Inspiron convertibles. You can get the 14-inch Inspiron 14 two-in-one for only $850, or the higher-end Inspiron 16 two-in-one for $1,350. Both feature 12th-gen Intel Core i7 CPUs and a 16:10 display for more vertical space and less scrolling, and the 16-inch model supplies an OLED display for unbeatable contrast. At Amazon, you can knock more than $400 off the price of the LG Gram 17 or get an Asus VivoBook 15 with an OLED display for an unbelievably low price. I’ve also included other strong deals I’ve found at Amazon, Best Buy and Newegg.

Check out the options below, which are regularly updated as sales expire and new deals emerge.

OLED for the masses! This midrange laptop from Asus boasts a 15.6-inch OLED display with 1,920×1,080-pixel resolution. Not only is it a step up from budget models that make you get by with a 720p screen, but it’s also got an OLED panel that delivers stellar contrast. It’s also thinner and lighter than any 15-inch budget model. Based on an 11th-gen Core i5 CPU and featuring 12GB of RAM and a 512GB solid-state drive, it has more memory and double the storage capacity that you’ll find in most budget laptops. It also has both Type-A and Type-C USB ports, saving you from having to carry around an adapter. It’s a good deal at its $800 list price and an even better deal at its current discount.

Dell’s entry-level Inspiron has an admittedly drab, plastic chassis, but it serves up a full-HD (1,920×1,080-pixel), 15.6-inch touch display powered by an 11th-gen, quad-core Core i5 processor along with 16GB of RAM and a huge 1TB SSD. That’s double the memory and storage space you usually find at this price.

This 15-inch Pavilion 15 offers a well-rounded configuration for the money. Its 15.6-inch, full HD display is powered by an 11th-gen Core i7 CPU, 16GB of RAM and a 512GB SSD. It features a basic, plastic chassis but it’s fairly thin with a sleek, brushed aluminum finish. It also supplies both USB-A and USB-C ports so you don’t have to carry a dongle with you to connect your USB devices.

This budget-to-midrange laptop from HP may have an uninspired plastic enclosure, but if you care more about screen size, memory allotment and storage space than you do about a sleek design, then this model is worth checking out. It should offer decent performance, too, with double the RAM and solid-state storage usually included on most other laptops at this price. At this price, you can usually find 16GB of RAM and a 512GB SSD, but sometime less. In that light, the 32GB of memory and the 1TB SSD here are downright thrilling. You also get a full-HD (1,920×1,080-pixel) resolution for the roomy 17.3-inch display.

Dell’s latest 2-in-1 convertible is based on a 14-inch touchscreen with a 16:10 aspect ratio that gives you more vertical space than a widescreen 16:9 panel for less scrolling through webpages and documents. Inside, you get a new 12th-gen Intel Core i7 CPU along with 16GB of RAM and a 512GB SSD. This is a great pick for students who need a roomy display in a portable package with the latest Intel silicon.

Most 17-inch laptops are gaming monsters. The LG Gram 17 is neither a gaming laptop nor a monster. It lacks dedicated graphics to drive 3D games but is only 0.7 inch thick and weighs less than 3 pounds, making this 17.3-inch desktop replacement roughly the same weight as your typical 13.3-inch ultraportable. The spacious 2,560×1,600-pixel display is powered by an 11th-gen Core i7 CPU, 16GB of RAM and integrated Intel Iris Plus graphics. You also get a roomy 1TB SSD for storage and can save more than $400 on it right now. 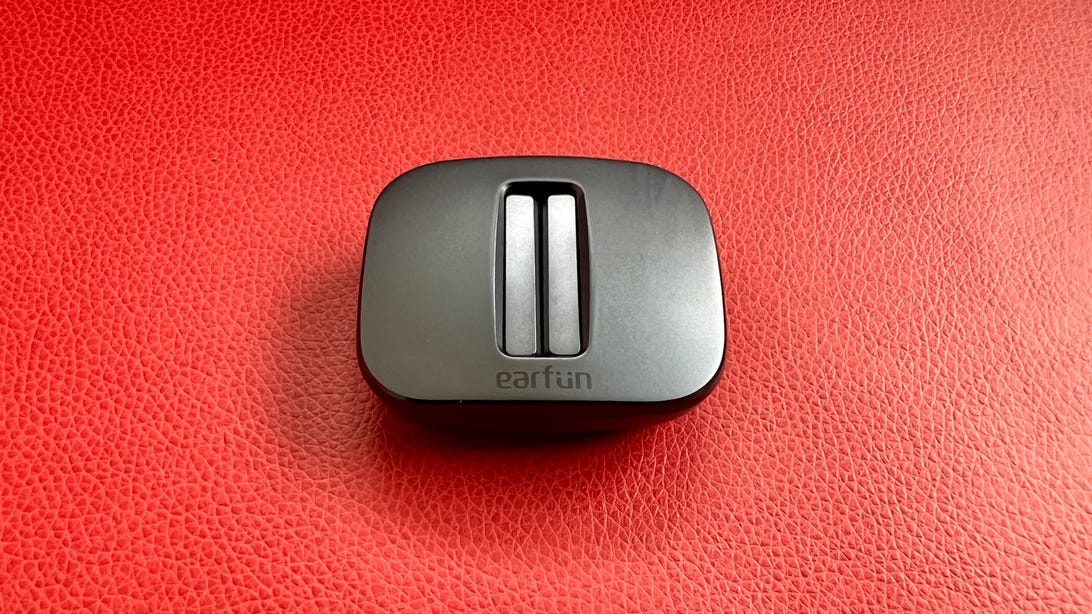 Get 40% Off the Excellent-Sounding Earfun Air Pro SV Earbuds Earfun's new AirPods Pro alternative, the noise-canceling Air Pro SV are normally $90. But you can pick them up for $54 with this discount code. 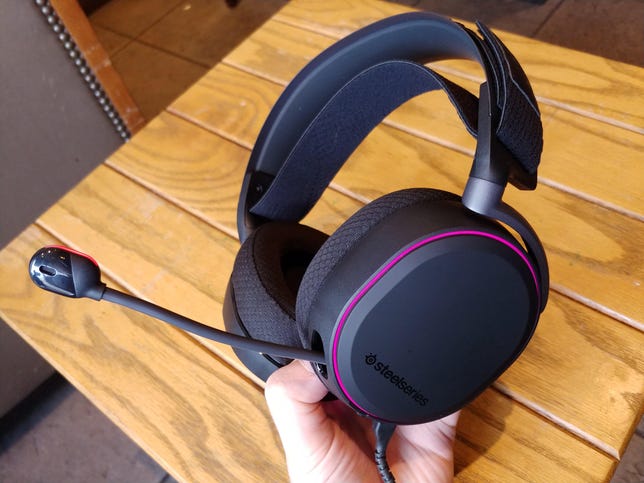 SteelSeries Arctis Pro might be the best gaming headset ever