With its well-regarded MacOS, a nearly bulletproof build and the company’s fast M1 system-on-a-chip now powering most of the lineup, MacBooks are among the most universally useful laptops you can buy. However, it’s not always easy to pick the best MacBook for your needs. MacBook laptops range from $999 to $3,000 or more, even though they all look and feel similar. I get a lot of reader questions about how to decide. Below you’ll find answers to those frequently asked questions as well as our picks for the best MacBook for your laptop needs.

Apple is still offering education deals on MacBooks: Normally, the Apple Store is (ironically) not the best place to buy an Apple laptop (really, almost any Apple product) because sales are all but nonexistent. The big exception to the rule is Apple’s education sales, which usually include MacBook deals. So if you’re a student or teacher, that can mean $100 off a MacBook Air and a free pair of AirPods, plus a 20% discount on the AppleCare Plus extended warranty (which I have mixed feelings about). On the other hand, we’ve recently found better Apple laptop deals through Best Buy’s Student Deals page, which dropped the Air M1 to $750.

All current MacBooks finally have the improved Magic Keyboard: It started with the 16-inch MacBook Pro last autumn, but Apple has since added the Magic Keyboard to all of its current MacBook Pro models, including the latest M1 MacBook Air and MacBook Pro 13-inch model. The result is a far more comfortable and reliable keyboard than the “butterfly” design that many MacBooks had been burdened with since 2015. Yes, it took Apple half a decade to backtrack, but the good news is that Mac laptop keyboards are finally good again.

If you need something bigger and don’t mind it being less than portable: Apple just updated its smaller iMac (formerly 21.5 inches, now 24 inches) that comes in seven color options and runs on the company’s M1 processor. If you need a bigger display and high-end components, the 2020 27-inch iMac is also available.

Almost all Macs have transitioned to Apple’s own M1 chips: It was the big news at Apple’s WWDC show in 2020. Since then, the MacBook Air, 13-inch MacBook Pro, Mac Mini and 24-inch iMac have made the jump to Apple’s M1 system-on-a-chip. The 16-inch MacBook Pro, 27-inch iMac and the Mac Pro tower are still running on Intel processors… for now. Based on our testing so far, the M1 has delivered on Apple’s promises of better battery life and faster performance. Plus, Mac apps align more closely with iPad and iPhone apps.

Regardless, if you need a new MacBook now, the lineup is currently a mix of Apple’s M1 and Intel’s Core processors. However, all have been excellent in our recent hands-on experience. The key question is how to make sure you’re not buying too little MacBook — or too much. What is the best MacBook for your needs?

There’s the 13-inch MacBook Air and both 13- and 16-inch MacBook Pro models. That’s it. Yes, this cuts out some potential just-right-for-you options, but it also makes it much easier to figure out which camp you fall into, especially since these three models are different enough that you’ll naturally gravitate toward one Apple laptop over the others.

For many years, this Apple laptop was everyone’s favorite laptop. It was reasonably priced, thin, light and built like a tank. It could last for years and take lots of falls and bumps. For any college student or coffee shop creative type, $999 would get you sorted.

Then time passed the Air by. Its low-res display and the thick bezel around the screen fell behind average Windows laptops. The components were rarely updated. Fortunately, the Air got a huge refresh and now the MacBook Air looks and feels very much like a MacBook Pro. Most importantly, it’s back down to that magical $999 starting price.

The M1-powered Air doesn’t have any vents, which means there are no fans and no fan noise — perfect for classrooms and conferences. You only get two Thunderbolt 3 USB-C ports and there’s no Touch Bar, but for most people neither are really a big deal.

If you’re a college student, a would-be entrepreneur, a writer or just looking for an all-around laptop on the high end of casual, it’s tough to go wrong with the MacBook Air. It’ll rightly be Apple’s laptop default starting point for a lot of people.

Read our review of the Apple MacBook Air M1.

When Apple updated the Air with its M1 chip, it also updated the 13-inch MacBook Pro. Unlike the Air, though, the Pro has fan vents, which help keep this M1 MacBook Pro cool when processing your raw photo edits or cranking through your video exports.

More importantly, the switch to M1 means getting the best performance from your software requires the programs to be rewritten to take advantage of the new M1 chip hardware. Fortunately, Apple’s Rosetta 2 software allows Intel-native versions of applications to run normally with the M1 chip. In our testing, the performance difference was negligible if at all.

All Pros now have the Apple Touch Bar, which isn’t as useful as Apple would have you believe but not as useless as everyone else thinks. I use it all the time for screen brightness, volume control and a few other contextual buttons, like when using the calculator app.

Since the MacBook Air and the MacBook Pro model are close in price, you might be tempted to get the less expensive Air over the Pro — after all, they look and feel similar and share a lot of the same features. And for many people, that’s the right call. But if you’re working with more power-hungry apps such as Photoshop or Premiere, you’ll want the Pro’s performance boost.

Read our hands-on testing of the MacBook Pro M1.

The sole remaining MacBook with only Intel processors. The 16-inch Pro is sort of a resurrection of the late, great 17-inch MacBook Pro, which was discontinued back in 2012. It’s huge, at least compared with the 13-inch MacBooks.

The main selling point of this MacBook Pro model is all that screen real estate, which is what you need if you’re a designer or a number cruncher and need to keep a lot of things in front of you. Like the old 15-inch Pro, the 16-inch MacBook is ridiculously expensive, starting at $2,399 and going up from there. But if that’s your all-day, every-day, work-from-home Apple laptop screen, it could be worth it.

The other big selling point of the 16-inch Pro is that it includes discrete graphics, with a couple of AMD Radeon options. No, Macs are still not gaming machines, but if you’re editing 4K video or doing 3D modeling, having a GPU is important. The other Macs include Intel Iris graphics, which is at least a step up from standard off-the-shelf laptop graphics.

The big cautionary statement here is that sometime in the next year, we expect this Mac model to be updated with Apple’s M1 chip to match the rest of Apple’s MacBook lineup. But if you need something right now, you can’t go wrong with this (and used MacBooks typically fetch top dollar).

Which MacBook should I buy?

My TL;DR advice is as follows. Apple deals: M1 versions of the iMac and Mac Mini are on sale right now

Hidden Netflix Settings That Will Up Your Streaming Game 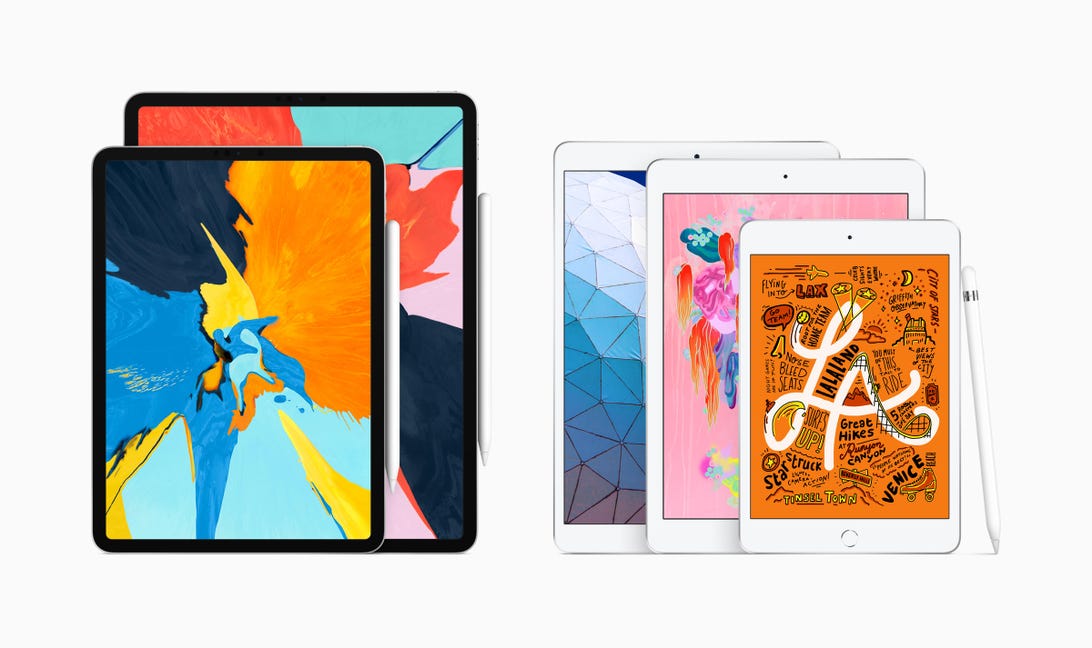 Apple’s new iPads: Save $25 when you preorder