If you’re in need of a new monitor but you’re on a tight budget, don’t worry. You don’t have to spend a fortune to find a decent model that will meet your needs for work or school. You can find a reasonable screen among our picks for the best monitors under $200. But act fast if you find a cheap monitor you want — they go in and out of stock like crazy, thanks to so many people now working from home.

Before we dig in, there are a few things to keep in mind: When buying a budget monitor, you should absolutely check out the listing of what’s in the box. Make sure it’s not missing items that would drive the price above that threshold, like a stand or appropriate cables. The stand might not be an issue if you’re planning to use the VESA mount to put it on a wall or arm. But in that case, you should ensure the mount screws on the back of the monitor match yours: The bulk of these have 100-by-100-mm mounts, though in some cases, they have 200×200, 75×75 or don’t support a VESA mount at all.

Got a Mac? If it’s an old MacBook Pro and has an HDMI port, or an iMac or Mac Mini, you won’t have a problem. MacBooks with USB-C/Thunderbolt 3 connections will require an adapter or cable with conversion built-in. You may also need to fiddle with the resolution and scaling settings in Mac OS, since it natively prefers a 16:10 aspect ratio, not the 16:9 aspect ratio that’s much more popular on Windows.

Read more: How to buy a monitor for gaming or working from home

Unless you’re a hardcore gamer or creative professional, many of the most technical specs — latency and color gamut, for example — won’t really matter to you. You should always take them with a grain of salt, anyway.

For the money, you can generally expect to get:

Upping your budget to between $200 and $300 will bring more 32-inch screen size options and 2,560×1,440 resolution. And, of course, the more you’re willing to spend, the more you’re likely to find something in stock and ready to ship.

If you want a cheap, attractive FHD monitor with built-in speakers that don’t suck, this should be on your short list. They’re hardly audiophile quality, but they’re decent enough for watching movies, streaming music while you work or listening to podcasts, and they can get loud enough (without distortion) to hear from a fair distance away. And possibly loud enough to annoy your upstairs neighbors (who are annoying you by galloping around 24/7). It’s got three HDMI 2.0 inputs with HDCP 2.2 — most cheap monitors have two at most — though most people really don’t need that many. Other perks include 75Hz refresh with AMD FreeSync technology, audio profiles, the ability to change gamma and a mode that maps colors to compensate for color blindness. It’s not an HDR monitor, but it can fake it as well as possible given its technological constraints.

Despite all the setting options, the screen isn’t that bright and the onscreen display can be frustratingly wonky. Plus, you can only tilt, not raise or lower the screen.

This one whips in and out of stock, so if you see it and want it, get it.

If you are looking for budget gaming monitors, this budget FHD monitor’s 75Hz refresh gives you a little latitude for gaming and has an in-plane switching panel for better color and viewing angle in the sea of VA competitors; plus, this cheap gaming monitor option is pretty attractive with thin bezels and a stand that’s less clunky-looking than some. You’ll get an HDMI cable in the box, and it has a 100×100 VESA mount. There are some drawbacks, such as some backlight bleed that buyers have noticed, and it has an HDMI 1.4 connection instead of 2.0 (if you care), plus the stand only allows the screen to tilt, not raise or lower.

This comes in three confusing flavors, all based around the same 75Hz, 27-inch panel: the $190 S2721HN with two HDMI 1.4 ports and an audio line out, the $200 S2721H with those and a pair of 3w speakers and the $210 S2721HS which has a sleeker model of the stand, an HDMI 1.4 and a DisplayPort 1.2 connector. I think it’s worth $10 for the speakers; they may not be great, but I really miss them for system sounds and all the other incidental sounds I encounter over the course of the day.

These are newer versions of the last-generations S2719H-series we tested, but are, for the most part, just a lot prettier with some feature tweaks. Of that one, we said: This LED monitor is a good option for a dual monitor setup if you’re fed up with eye strain and squinting at your work on a small laptop screen. The display’s thin bezels and built-in power supply make it streamlined and tidy, and you’re pretty much looking at all screen. The base does allow it to tilt — there’s no height adjustment — and has a hole for cable management so you can pass its power cord and a VGA or HDMI cable through to the inputs in back (power and HDMI cables are included).

Along with the screen size and design, you’re getting a 75Hz refresh rate, 4ms response time and FreeSync support, which makes this a bit better for gaming and fast-moving video than your average office monitor. On the other hand, unexciting color performance and seemingly lower-than-spec brightness undercut it solely for that use. It’s fine for mixed use even if it doesn’t excel in any area.

There are three similar 24-inch screen size models if you’re looking for something smaller and less expensive — they range from $170 to $185 at Dell.

This is a smaller version of the 27-inch monitor model below that we tested and like, but which has since priced out of the sub-$200 range.

This big ‘un doesn’t have ultraskinny bezels or a curved screen — it’s four years old — but when you consider its size, a 75Hz refresh rate and USB-C DisplayPort connector (as well as two HDMI 1.4 ports), you get a lot for the money. Its normal price is about $220, just a bit over $200, but LG’s selling it for the lower figure. There’s a slightly more game-oriented model for $230, the 29WP60G-B, with FreeSync support, thinner bezels and a slightly sleeker design, but don’t get FOMO over the “HDR” you’ll see in the name; it has the same color and brightness specs as the cheaper model. LG has simply added decoding hardware that lets it more-or-less intelligently cram real HDR content to the dim, small gamut display, which is never pretty.

I don’t like curved 27-inch monitors or VA panels much, but in a sea of 75Hz options under $200, the Gigabyte is a refreshing 165Hz. That makes it a lot more suited to gaming than all the 75Hz models. It also has a greater-than-sRGB color gamut, low-power stereo speakers and a USB hub, which you rarely find together in this price class. The price has risen to $220, which is still less than its typical $250, and I’m leaving it here temporarily in case it comes back at the lower price.

The LG is a solid, attractive general-purpose choice with some gaming perks. Though I’d hardly call it a gaming monitor, it has features for a good gaming experience, such as the ability to overdrive the response time, a 1ms motion-blur reduction mode and an optional center crosshair. It’s slightly brighter than most, and there’s a Photo mode that seems to improve the color accuracy. It’s got a VGA connector in addition to the two HDMIs (though that’s not uncommon in this price range) if you’ve got a really old device to connect.

There’s also an 27ML600M-B, which seems to be the identical monitor and costs the same.

The price is nominally $180, but it’s out of stock everywhere for that; you can get it now from Amazon for $210. It’s an older generation of this display, and if you’re thinking of spending the extra for it you may want to consider the 29UM59A-P mentioned above instead. I’m leaving it here temporarily in case the price does drop back into the right zone. 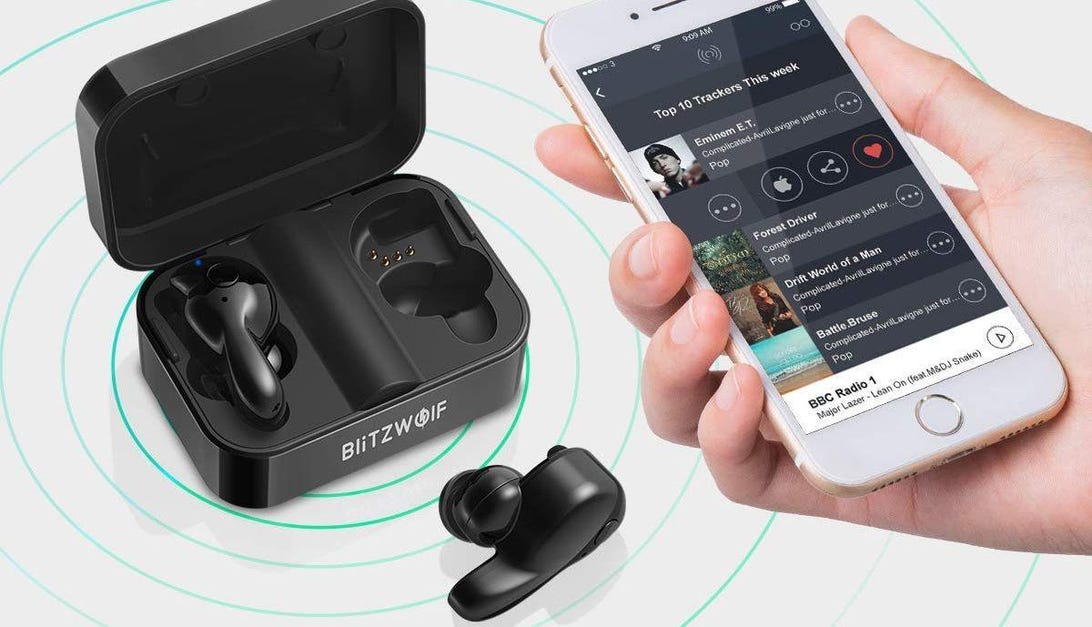 Sprint posts another loss as T-Mobile merger remains in limbo

Google Maps adds an enormous arrow for the directionally challenged. Turn it on now