One of the product categories where we usually see a lot discounts on Prime Day is headphones and earbuds. And Prime Day 2022 hasn’t disappointed with the number of headphone deals, including deals on some of our favorite wireless earbuds and headphones of 2022. Naturally, some deals are better than others, and we’re highlighting only the ones we think are excellent bargains. Note that some of these deals are also available at other retailers besides Amazon, and we’ll be adding more headphones and earbuds deals as we spot them.

No earbuds are perfect, of course, and not everybody will love the fit of the Sony WF-1000XM4 buds. But if you’re looking for great-sounding earbuds with active noise cancellation, solid voice-calling capabilities and good battery life, these buds check all the boxes.

While the Beats Fit Pro technically aren’t AirPods, they’re built on the same tech platform as the AirPods Pro (yes, Apple owns Beats). Unlike Beats’ earlier and less expensive Studio Buds, the Beats Fit Pro include Apple’s H1 chip and have most of the AirPods Pro’s features, including active noise canceling, spatial audio and Adaptive EQ. I’d venture to call them the sports AirPods you’ve always wanted. And for some people, they might just be better than the AirPods Pro.

While the C500’s design sensibility has more in common with the high-end WF-1000XM4 than their predecessor, the WF-XB700 Extra Bass, the C500 don’t have noise canceling and are pretty basic as far as earbuds go, with no ear-detection sensors or transparency mode. But the buds are compact, lightweight, fit comfortably and sound good for an entry-level model. They list for $100 but frequently cost less than $70. Read our Sony C500 first take.

Their $58 sale price matches their lowest price to date.

When they were released last August, Jabra touted its $80 Elite 3 earbuds as its most affordable true-wireless buds to date. Now they’re even more affordable, hitting a new low price of $47.49 (their previous low was $60).

The Elite 3 have a fairly basic feature set, though they offer strong sound and call quality for the money. They have 6mm drivers, four microphones for calls and Jabra’s HearThrough transparency mode. Qualcomm aptX HD audio is supported for aptX-enabled devices. They’re available in multiple colors.

Yes, the newer AirPods 3 offer better sound and spatial audio, but a lot of people like the fit of the slightly smaller AirPods 2 and their lower price tag. Normally $100, you can snag them for $90, which matches their lowest price to date.

The QuietComfort 45 have virtually the same design as their predecessors, the QuietComfort QC35 II, which many people considered among the most comfortable over-ear headphones — if not the most comfortable. They have the same drivers, according to Bose, and the buttons are in the same place. However, there are small but notable changes, including USB-C charging instead of micro-USB and an improved microphone configuration that boosts their voice-calling noise-canceling performance (they’re both excellent). The QC45 also include multipoint Bluetooth pairing, so you can connect them with a PC and your phone simultaneously.

$229 is the lowest price we’ve seen to date for these. Read our QuietComfort 45 review.

Unlike the “open” LinkBuds, the LinkBuds S are traditional noise-isolating earbuds with tips you jam in your ears. They’re more compact and lighter than Sony’s flagship WF-1000M4 and also feature Sony’s V1 processor. While their sound and noise canceling don’t quite measure up to the WF-1000XM4’s, they’re close and cost less. They’re the Sony buds for people who can deal with larger buds like WF-1000XM4 but want 80 to 85% of those buds’ features and performance for $80 less.

They perform well as a headset for making calls too, and include a sidetone feature that allows you to hear your voice so you don’t talk too loudly. Battery life is also good and it has multipoint Bluetooth pairing so you can connect to both your computer and your smartphone at the same time, and easily switch between the two should a call come in on your phone.

While they’ve been out a while and the AirPods Pro 2 should be coming sometime in 2022, the Apple AirPods Pro remain a great pair of true wireless earphones. That’s largely due to their winning design and fit, good sound, effective noise canceling and spatial audio, which is a virtual-sound mode for watching movies and TV shows. They’re also excellent for making voice calls and have a top-notch transparency mode. Also worth noting: They’re IPX4 splashproof, so they’re suitable for sporting activities, though for a more secure fit you may want to invest in third-party foam ear tips, which are grippier than the tips Apple includes.

The Beats Studio Buds look a lot like the rumored stemless AirPods that people were talking about but never materialized — as AirPods anyway. Geared toward both iOS and Android users, they’re missing a few key features on the Apple side of things (there’s no H1 or W1 chip), but they’re small, lightweight earbuds that are comfortable to wear and offer good sound. They fit most ears securely, including mine — I run with them without a problem — but others may find a better fit with the Beats Fit Pro and their integrated wing tips.

Amazon has all the colors on sale for $100 (including the new blue and gray colors), which matches their lowest price to date. Yes, Amazon was offering a bonus $10 Amazon gift card with their purchase in late 2021, which technically brought their price down to $90, but they were officially discounted to $100 at that time.

The Bose Noise Cancelling Headphones 700 have been out a while but are still one of the best over-ear noise canceling headphones, with excellent sound, noise cancellation and top-notch headset performance for voice calls. Bose’s newer QuietComfort 45 headphones probably have the slight edge in terms of comfort and offer a tad better noise canceling, but the Headphones 700 arguably sound a little better with slightly more refined sound. $269 is their lowest price to date.

The WH-XB910N are Sony’s midlevel noise-canceling headphones and since they’re an Extra Bass model, they do have a preponderance of bass. While the noise canceling isn’t up to the level of the WH-1000XM4 or new WH-1000XM5, it is improved over the previous model and it does have some of the extra features found on those higher-end models, including speak to chat, wearing detection sensors and Sony’s Precise Voice Pickup technology. There’s also multipoint Bluetooth pairing, so you can pair it with your phone and computer simultaneously, and it supports Sony’s LDAC audio codec.

We have a list of the best sounding wireless earbuds and the Bowers & Wilkins PI7 is near the top of that list. I always thought they sounded great, but they labor under a list price of $399, which is prohibitively expensive for most people. Still, when they were initially released, Bowers & Wilkins had trouble keeping them in stock.

The PI7 buds are one of the few earbuds I’ve encountered where the wireless charging case converts into a transceiver, so you can plug the case into the headphone port on an airplane’s inflight entertainment system, or a computer, and wirelessly stream audio from the case to the earbuds.

Bose’s QuietComfort Earbuds have been out a while, but they not only have very good sound but excellent noise canceling, which remains among the best out there right now in a set of earbuds. They could be due for an update this year, which is why you’re seeing them at their lowest price to date, $179.

The Pixel Buds Pro ($200) are coming soon and feature active noise canceling, but in the meantime you can can get $20 off the more affordable Pixel Buds A-Series. That matches their lowest price to date.

The LinkBuds are, in a sense, Sony’s answer to Apple’s standard AirPods. While they don’t sound as good as Sony’s flagship WF-1000XM4 noise-isolating earbuds, they offer a discreet, innovative design and a more secure fit than the AirPods, as well as good sound and very good voice-calling performance.

Like the third-gen AirPods, their open design allows you to hear the outside world — that’s what the ring is all about. That makes them a good choice for folks who want to hear what’s going around them for safety reasons or just don’t like having ear tips jammed in their ears. They also have a few distinguishing extra features, including Speak to Chat and Wide Area Tap. Instead of tapping on a bud, you can tap on your face, just in front of your ear, to control playback.

They’re IPX4 splash-proof and thanks to their fins — Sony calls them Arc Supporters — they lock in your ears securely and work well for running and other sporting activities. $148 is their lowest price to date.

Coming in at 16% smaller than the Elite 75t, the Elite 7 Pro are Jabra’s top-of-the-line earbuds in its new range and include the company’s new MultiSensor Voice technology with a bone-conduction sensor, four microphones and intelligent algorithms to deliver new “ground-breaking call quality,” Jabra says. The voice calling performance doesn’t quite live up to the hype, but Jabra has updated the buds’ firmware, adding multipoint Bluetooth pairing and slightly improving sound quality, noise canceling and headset performance. It took a while but they’re now excellent all-around buds.

These have adjustable active noise cancellation, Jabra’s HearThrough transparency mode and Bluetooth 5.2. They offer up to nine hours’ play time at moderate volume levels with noise canceling on, and nearly three additional charges in the charging case — total battery life is rated at 35 hours. The charging case has wireless charging capabilities.

The earbuds’ IP57 rating means they are dust-resistant and fully waterproof (they can be submerged in up to 1 meter of water). For those who like to use only a single bud, you can also use either one independently in a mono mode.

All of Samsung’s Galaxy Buds models are on sale right now, including the Galaxy Buds 2, which I tend to like the best of the current crop of Galaxy Buds. They’re on sale for $100, which is just a few dollars shy of their lowest price to date (they’ve approached $90). Read our Galaxy Buds 2 review.

Even on sale, the AirPods Max are pretty pricey, but they do have the build quality to back it up. A stainless-steel frame and aluminum earcups give them the weight and feel of ultrapremium headphones, and the memory-foam earpads make them supremely comfortable despite their size.

The lowest price we’ve seen to date for these is $429. 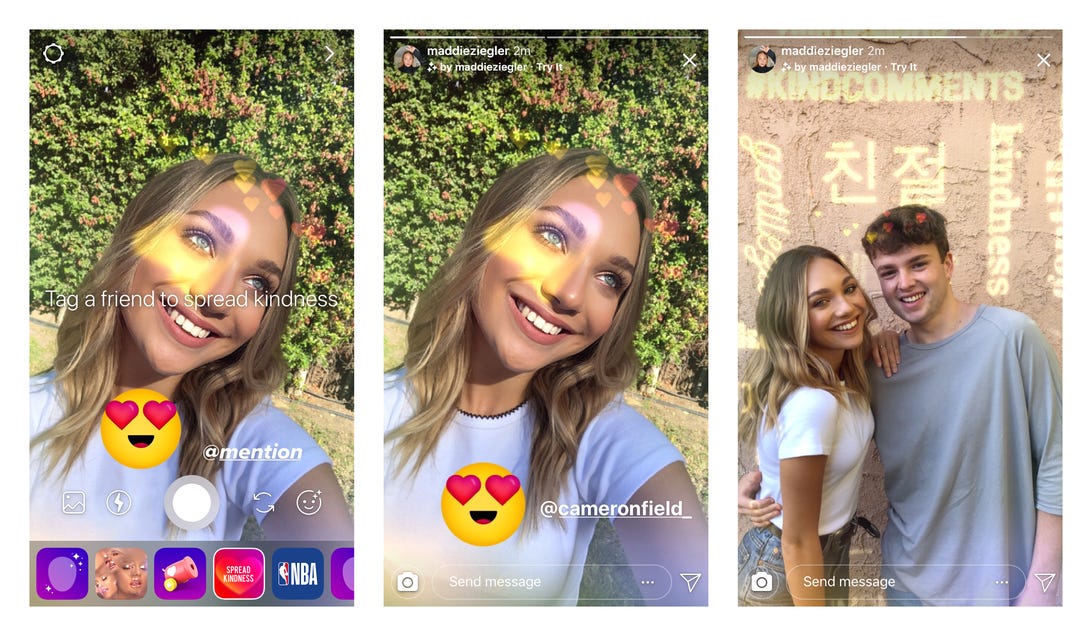 Instagram is using AI to weed out bullying in photos, comments Verizon will sell BlackBerry phones, but there’s a catch 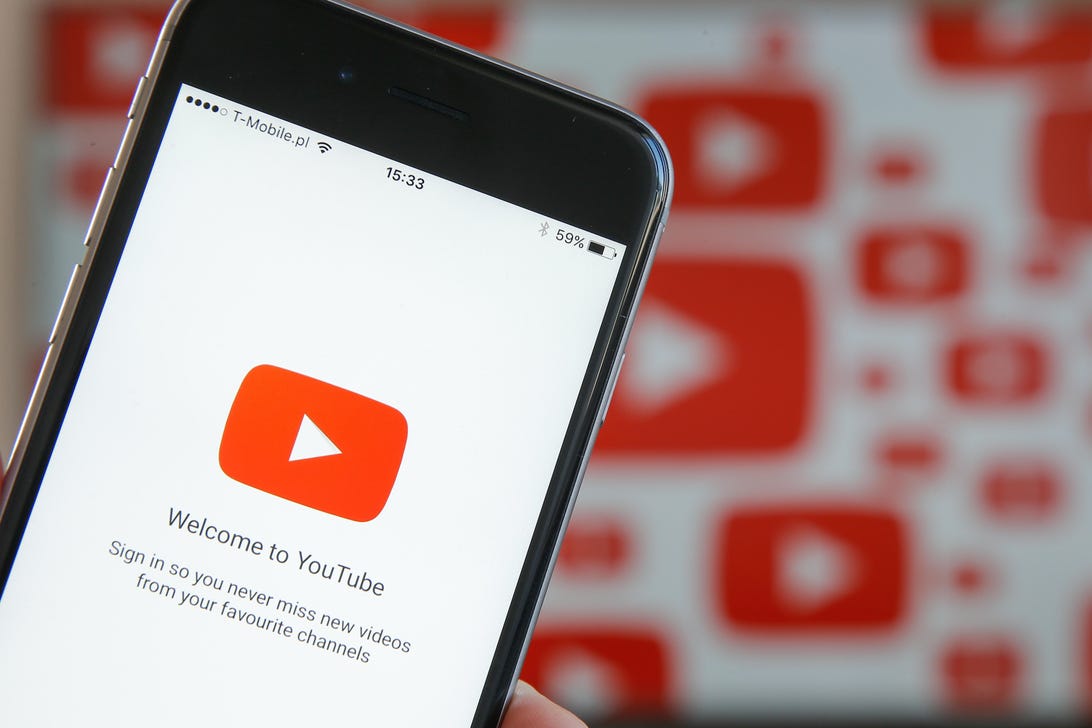 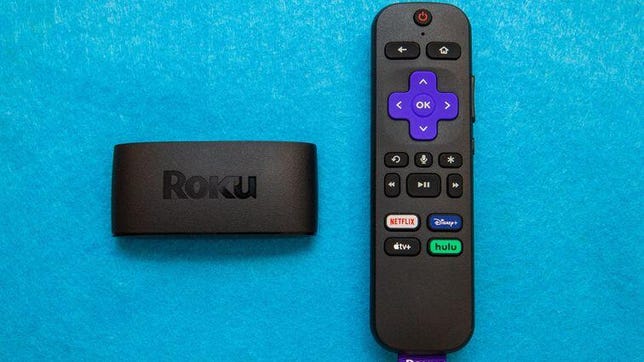 Roku Streaming Stick 4K vs. Roku Express 4K Plus: Which Roku Is the Best? Both excellent streamers have very similar features. Here's how to decide.