“Galaxy” is Samsung’s catch-all brand for a wide range of its electronics line — phones, tablets, computers — but it’s not just high-end models. What’s refreshing about this brand is that there’s something for everyone. You don’t have to be rich to afford high-quality Samsung Galaxy phones. In fact, Samsung has a phone for just about every budget.

Samsung has already launched several phones this year, so there are plenty of new options to choose from. The Galaxy S21 FE debuted in January, followed by the Galaxy S22 lineup in February and the recently announced Galaxy A53 5G, a midrange model with debuted in the spring of 2022. All of these phones have a long life cycle ahead of them since they’re still new.

That means it’s an ideal time to consider buying if you’re in the market for a new device. Samsung also committed to supporting four generations of Android and Samsung operating system updates on these devices, which is an improvement from its previous three-year pledge.

Finding the best Samsung phone will ultimately come down to preference. Choosing between so many options can get complicated, so here’s how to decide which Samsung phone is best for you.

The biggest screen and best camera

The $1,200 Galaxy S22 Ultra is Samsung’s most expensive phone that isn’t a folding phone. With its giant 6.8-inch screen and four-lens camera, it’s best for those who want the largest screen and best camera possible in a new Samsung phone. Unlike last year’s model, the Galaxy S22 Ultra also comes with Samsung’s S Pen stylus at no additional cost, just like Samsung’s older Galaxy Note devices.

At 6.8 inches, the Galaxy S22 Ultra is noticeably larger than the 6.6-inch Galaxy S22 Plus and 6.1-inch Galaxy S22. The camera is also one of the biggest reasons you should consider this phone over Samsung’s smaller and cheaper devices. While all three new Galaxy S22 phones can take better photos in the dark and have improved color and contrast, the S22 Ultra is the only one with two telephoto lenses. As a result, the S22 Ultra has the closest zoom of any Samsung phone — and perhaps any phone, period. It also has a 108-megapixel main sensor similar to the one in last year’s phone, along with a 12-megapixel ultrawide camera and the two 10-megapixel zoom lenses.

The Galaxy S22’s high price and large size are probably too much for most people, and its battery life could be better. But for those who love big screens and who really want a superior zoom camera and the S Pen for taking notes, the S22 won’t disappoint.

The Galaxy S22 Plus is the middle child of the Galaxy S22 lineup, but don’t overlook it. Its 6.6-inch screen size is just right for most people, it has a sharp new glass-and-metal design and the camera has gotten a major upgrade compared with the S21 generation. Although it’s a bit pricey at $1,000, it feels like the right option for those who want a screen that’s big but not gigantic paired with one of the best cameras around.

Many of the updates Samsung made across the Galaxy S22 lineup are iterative, like the phones’ new processors and refreshed designs. But the jump from the Galaxy S21’s 12-megapixel camera to the S22’s 50-megapixel camera is perhaps the most noticeable improvement. Both the Galaxy S22 Plus and regular Galaxy S22 have this new camera system, along with other internal camera enhancements, which results in better low-light performance, color and detail. The Galaxy S22 Plus also lasted the longest in CNET’s battery test of Samsung’s Galaxy S22 phones, although battery life still felt average rather than impressive.

Overall, the Galaxy S22 Plus is the best choice for those who want a premium phone with a top-notch camera and a large, bright screen.

For people who prefer smaller phones

Android users don’t have much choice when it comes to small phones, but Samsung is changing that with the Galaxy S22. The standard Galaxy S22 has a 6.1-inch screen, whereas many competing Android phones have displays that measure around 6.4 inches or larger.

The $800 Galaxy S22 otherwise brings many of the same benefits as the Galaxy S22 Plus. That includes a 50-megapixel camera with better low-light photography, a new processor and a revamped design that feels more elegant than the S21. It’s essentially a smaller version of the Galaxy S22 Plus, except the Plus also has a bigger battery, faster charging and ultrawideband support.

The Galaxy S22 is the best option for those who want a more compact phone that still has most of the premium features found in Samsung’s bigger and more expensive phones. Just keep in mind that the Galaxy S22’s smaller size also comes along with shorter battery life than the S22 Plus and S22 Ultra.

The first S20 FE seriously impressed us with its balance of performance and price, and the new Galaxy S21 FE takes that further with a solid triple camera, a vibrant display and the same powerful processor found in the flagship S21. It has a 6.5-inch screen, making it an ideal choice for those who want a phone that’s larger than the regular Galaxy S22 without the Galaxy S22 Plus’ high price. Although it’s missing some of the Galaxy S22’s bells and whistles — like improved night photography and a newer processor — this phone has a sharper front-facing camera for selfies and video calls.

The Galaxy S21 FE faces some tough competition from Google’s Pixel 6, but if you’re after a great overall Samsung phone and don’t want to pay top dollar for the flagships, then the S21 FE is well worth considering.

New for 2022, the Galaxy A53 gets you a plethora of Samsung features and power at a fraction of the S-series price. It boasts a far larger screen and more versatile camera cluster than the iPhone SE, though Apple’s budget model delivers snappier performance.

Still, Samsung fans will appreciate what they’re getting here considering the affordable price. The Galaxy A53 5G has an ultrawide lens for taking photos with a broader field of view and also supports night-mode photography. Image quality isn’t as good as what you’d get on a more expensive Samsung phone like the Galaxy S21 FE or Galaxy S22, but it’s certainly clear and colorful enough for basic shots. Other highlights include a long-lasting battery, four guaranteed generations of Android operating system updates and a microSD card slot for expandable storage.

Overall, the Galaxy A53 5G is a suitable choice for those who prioritize having a large screen and long battery life for less than $500. Just keep in mind you might have to deal with some occasional lag, and the camera isn’t as advanced as those found on pricier phones. Read our Samsung Galaxy A53 5G review.

Samsung’s original folding phone was a novel idea but the latest generation — the Samsung Galaxy Z Fold 3 — refines it further. It’s still essentially a tablet that folds in half to become a phone, but this smartphone has an improved hinge, better specs all round, 5G connectivity and a bigger display on the outside that actually makes it usable as a phone. Folding Samsung Galaxy phones may not be to everyone’s taste and they certainly come at a premium, but if you’re after a futuristic foldable, the Z Fold 3 is the best one to buy.

If the Galaxy Fold is a tablet that folds in half to become a phone, the Z Flip is a phone that folds in half to become a smaller phone. When open, this Samsung Galaxy smartphone has a big 6.7-inch display, but fold it in half and it becomes a small square that’s easy to slide into a jeans or jacket pocket. We like its neat design, along with its decent all-round specs and 5G connectivity and it’s a more affordable folding option among Samsung Galaxy phones.

5G on a more modest budget

Samsung’s A52 5G sits at the top of the more affordable Samsung Galaxy phones. It has a big 6.5-inch display, 6GB of RAM, a multiple rear camera setup (including a 64-megapixel main lens and wide-angle and macro cameras) and 5G connectivity. It’s a midrange phone option that offers a solid all-round set of specs for a price that’s much more approachable than the top S22 models.

Affordable, 5G and a big screen

The A42 5G Android phone sits just below the A52, provides less RAM, loses the macro camera and has a lower-resolution front-facing camera. It still has 5G connectivity though, along with a bigger battery and a marginally bigger display, which could make it a great affordable Samsung phone option for those of you who watch a lot of videos on the move.

If 5G speeds are your top Android phone priority but you don’t want to spend much money, Samsung’s Galaxy A32 5G is where you should be looking. Its low price makes it one of the cheapest 5G-enabled Samsung Galaxy phones that it’s possible to buy right now, and you still get a big 6.5-inch display and a multiple rear camera setup. It’s not challenging the overall performance of the S21 line, but it’s a solid all-rounder device for the money.

The Galaxy A12 is one of the cheapest phones Samsung sells and it’s the one to consider for those of you who simply want a phone for all of life’s essentials. If you don’t care for extravagant cameras or supercomputer-levels of processing power, you won’t have to pay for them with this model. It doesn’t have 5G, but it does have four rear cameras, a 6.5-inch display and a capacious 5,000-mAh battery. Given the generally low demands of the specs, that battery should easily last a full day.

Samsung also recently launched the Galaxy A13, which has 5G, more storage and a sharper 50-megapixel camera, which could be worth considering when searching for Samsung Galaxy phones. How HDMI 2.1 can supercharge PS5 and Xbox Series X, 8K TVs and more

Google Photos is no longer unlimited: How to switch to Apple’s iCloud Photos Vodafone 5G in the UK is off to a rough start, with speeds often slower than 4G 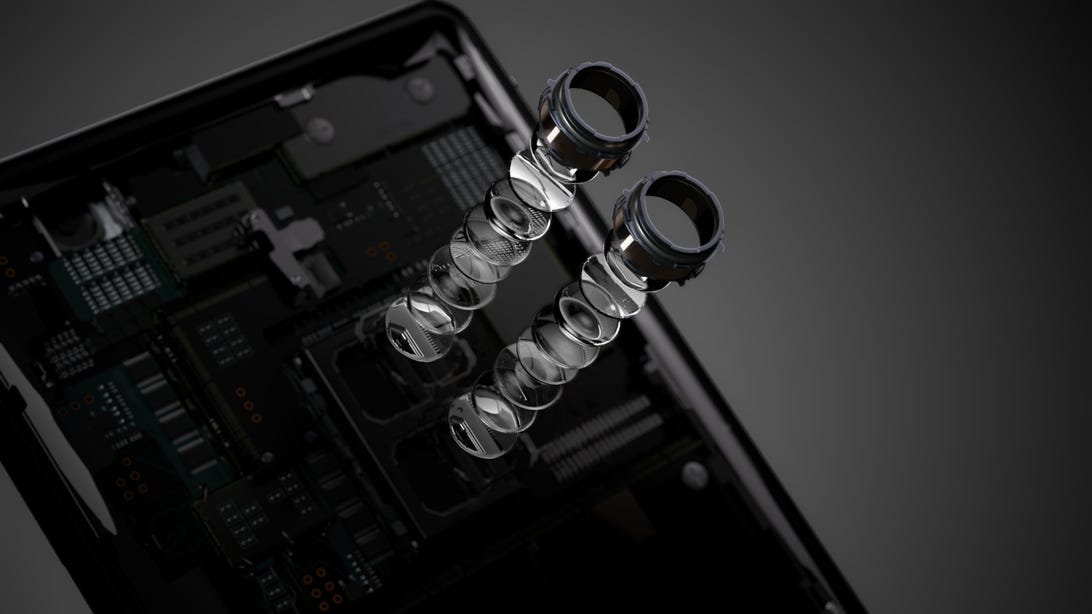