Best VPN Deals and Sales Available Now Prices like this make it the perfect time to sign up for a virtual private network. 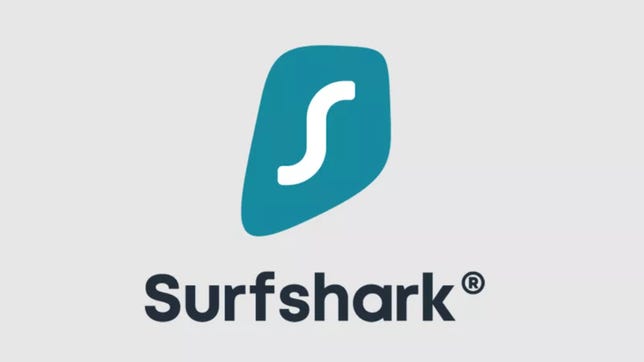 Since you landed on this page, chances are you already know a little bit about the best VPNs on the market and you’re now on the hunt for the cheapest price. We’ve rounded up all of the best VPN deals we could find in order to help you find exactly that.

There are good reasons to use a virtual private network, too. For example, did you know your internet service provider amasses as much data as possible on your digital comings and goings? A 2021 Federal Trade Commission report noted that the leading ISPs have gathered user data on topics as personal as race, sexual orientation and real-time location. They’ve combined it, cross-referenced it and shared it with third-party partners. Yikes.

Thankfully, there’s an easy way to increase your online privacy and security: a VPN. In addition to providing a more secure and private “tunnel” to your online destination, a VPN can also let you virtually move your location to a different city or country — a nice bonus if you’re looking to get around local censorship laws or try out different slates of streaming media offerings in different locales.

The first thing we’ll remind you is that free VPN services aren’t worth the risk. For the most part, they’re playing that same game of scooping up and selling your data. The good news is there are some great VPN deals available right now with prices starting at less than $2 a month if you prepay for a year or two of service. We’ve tested a bunch of the market leaders and pulled together our recommendations for the best VPN deals below. Just keep a few things in mind:

The VPNs in this first group are also among our current top five best VPN picks. As such, we can broadly recommend them — albeit with the noted caveats. That said, the fast-changing ownership landscape in the VPN space may continue to shake things up, but we will continue to update this as we uncover more.

Surfshark is a relative newcomer to the VPN space, but it’s quickly become known for its speed, which is why it’s one of our VPN experts’ top picks. Surfshark also supports unlimited devices, which is great for large households. If you pick up 24 months of Surfshark VPN right now, you’ll pay only $2.30 a month (billed at $60). Note that Surfshark recently merged with rival NordVPN, though the companies have thus far continued to operate independently. Read our Surfshark review.

Devices: Up to six

An industry heavyweight and still one of CNET’s top picks, NordVPN is discounting its two-year subscription plan. Usually $286.80, the plan is on sale for $79 — or $3.29 a month. (Note, again, that NordVPN and Surfshark recently merged but have continued to operate autonomously so far.)

With one of the best user interfaces in the field, according to our reviewer, IPVanish is good for those who want to be able to customize settings and those who are new to a VPN. If this is your first time at the rodeo and want to know more about the technology, IPVanish is a reliable service with a gentle learning curve. Normally IPVanish goes for $90 a year, but this deal gets you a year of IPVanish for only $48 ($4 per month). This is one of the lowest-priced deals without a multiyear commitment. Note that IPVanish is owned by US-based Ziff Davis, which may be a concern if you’re a security-focused user. Read our IPVanish review.

Go off the grid with ProtonVPN for $5 a month (billed at $120), good for two full years. ProtonVPN Plus (the paid plan) has no data caps or server switching limits. Its ease of use, Tor support and ad-blocking feature make ProtonVPN a favorite with many users. You may also opt for the single-year plan at $6 per month (billed at $72) or get the monthly plan for $10 a month. You can even try out ProtonVPN for free (with limits). To access the biggest savings, choose the two-year plan option. Read our ProtonVPN review.

ExpressVPN still tops our list of the best VPNs and you can make a bit of a saving on a subscription by going for its 12-month plan where you’ll snag an additional three months of service for free, dropping the equivalent monthly cost to just $6.67 (billed as $100 upfront). We evaluate VPNs based on their overall performance in three main categories: speed, security and price. Express isn’t the cheapest, but it’s among the fastest and, so far, is the most secure — even after its acquisition by Kape Technologies. Read our ExpressVPN review.

We either haven’t fully tested the following VPNs, or have only tested them anecdotally. Thus we can only recommend them for casual use, such as bypassing geographic restrictions while streaming media.

Refund policy: Refundable as store credit for 15 days after purchase if unused

KeepSolid’s unlimited plan costs $10 a month if you buy it directly from KeepSolid. Via ZDNet Academy — the in-house retailer of ZDNet, CNET’s sister site — you can get a lifetime subscription to VPN Unlimited for only $40. You can also upgrade to the 10 devices plan for only $20 more. We haven’t formally reviewed KeepSolid, but its privacy and no-log policies are generally in line with what we like. An earlier informal test drive we did included reflections on KeepSolid’s speed (but that test was conducted a while ago).

PureVPN presents another affordable option if you’re in the market for a simple VPN without a big price tag. With a solid server fleet of over 6,500 in 78 countries, PureVPN promises reliable service, although we haven’t had the chance to verify. Another thing to disclaim here: PureVPN was reported on by our sister site ZDNet as having provided timestamp-only logs to the FBI in a cyberstalking case back in 2018. PureVPN has since stopped the timestamp logging practice and undergone a third-party audit to ensure that it keeps to its no-log policy. There’s currently a deal priced at $1.66 a month for a year ($20 upfront) or you can opt for the a 24-month plan (plus three months free) at $2 per month.

Atlas VPN is a budget VPN aimed at casual users whose main requirements are video streaming and P2P file sharing. It has all the features you would expect from a VPN, such as strong encryption, a no-log policy and a network kill switch. Atlas VPN’s server fleet is currently stated to be around 700 across 28 countries, which is smaller than those of the major VPN providers. The service was acquired by rival NordVPN last year, so that may involve terms of service changes going forward. However, since we already like Nord, we’re hoping this is a step forward, not a step back. (Atlas offers a free version, though we always suggest you steer clear of those.) Use code ATLASWELCOME at checkout to get 24 months of Atlas VPN for under $2 a month ($49 upfront) and two months free.