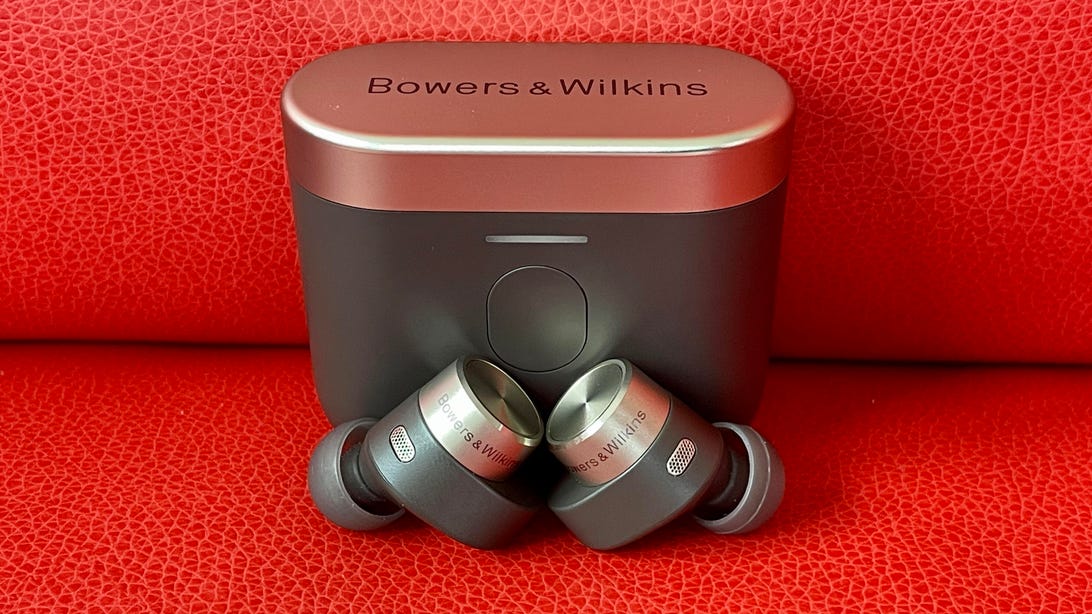 We have a list of the best sounding wireless earbuds and the Bowers & Wilkins PI7 is near the top of that list. I always thought they sounded great, but they labor under a list price of $399, which is prohibitively expensive for most people. Still, when they were initially released, Bowers & Wilkins had trouble keeping them in stock.

Aside from stellar sound, the PI7 buds have a few bonus features that may or may not help you rationalize paying $300 for them. For starters, they’re one of the few earbuds I’ve encountered where the wireless charging case converts into a transceiver, so you can plug the case into the headphone port on an airplane’s inflight entertainment system, or a computer, and wirelessly stream audio from the case to the earbuds.

The PI7 and PI5 look the same and feature a IP54 water-resistance rating (splash-proof) along with Bluetooth 5.0. The PI5 has a single 9.2mm driver, while the PI7 has an identically sized driver combined with a “high-frequency” balanced-armature driver. The PI5 supports AAC and the standard aptX and AAC codecs, not aptX Adaptive and aptX HD — thus, no support for high-resolution audio streaming. Also, the PI5’s case doesn’t convert into a Bluetooth transceiver, though it does charge wirelessly. And lastly, the PI7 has three microphones on each bud — one is dedicated to picking up your voice during calls — while the PI5 has two.

I did think the noise canceling worked well, but was a little disappointed that the PI7 didn’t offer slightly better noise reduction during voice calls. I’ve been waiting for a firmware update that would improve voice-calling performance in noisier environments, but so far Bowers & Wilkins has yet to release one.