Buying a New Smartwatch? Ask Yourself These Questions First Choosing the right smartwatch is all about which type of phone you own, how much you want to spend and what you intend to use it for. 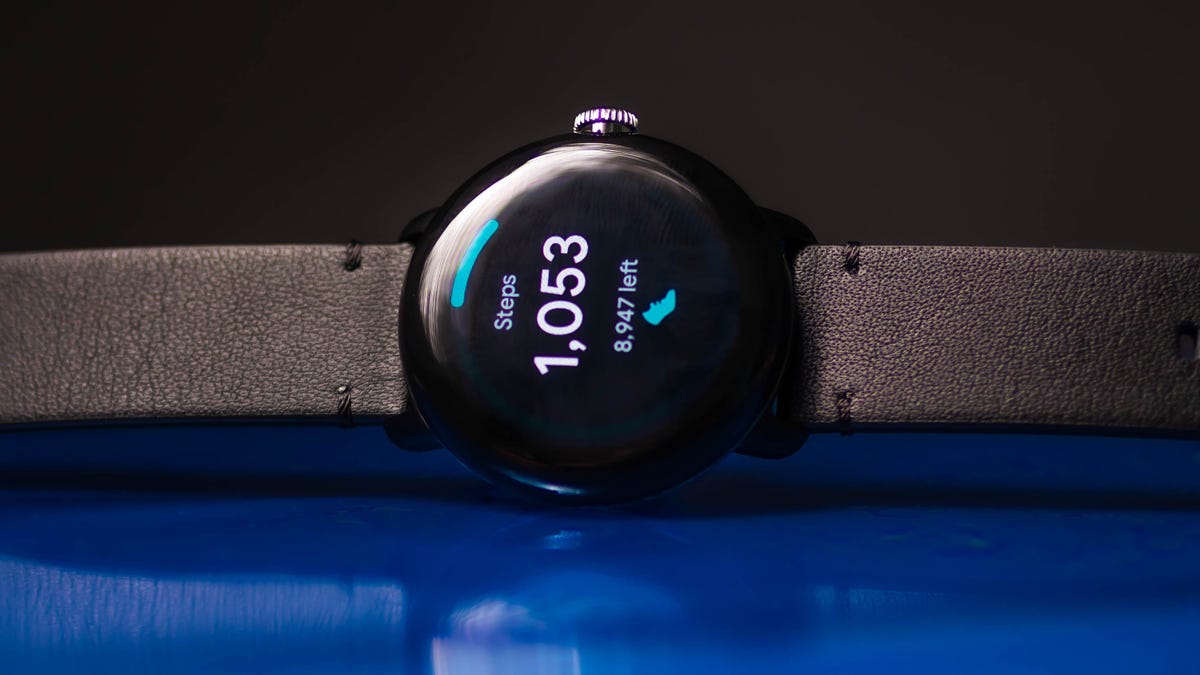 Searching for the best smartwatch — whether it’s made by Apple, Google, Samsung or another company — means taking many different factors into account. For example, are you an athlete looking for a device to help with training? Do you just want to track basic activity and see notifications on your wrist? Or do you fall somewhere in between?

But really, you can narrow down your options with just three questions. Do you use an iPhone or Android device? How much are you willing to spend? And how do you plan to use it?

You’ll also want to consider comfort, size and style. After all, a smartwatch isn’t very useful if you don’t enjoy wearing it. Comfort is especially important if you’re looking for a smartwatch to use as a sleep tracker.

Early smartwatches were clunky, expensive and limited in functionality, but there are plenty of worthwhile options on the market today. The best modern smartwatches expertly balance quality design and health and fitness tracking alongside smart features that take some of the burden off your phone. They typically cost anywhere between $229 and $1,000 depending on your needs.

Do you have an iPhone or Android device?

Answering this question will dictate which choices are available. Brands like Fitbit, Garmin, Withings, Fossil and Michael Kors make smartwatches that are compatible with both iPhones and Android phones. But some of our top picks are only compatible with one platform or the other.

The Apple Watch, of course, only works with the iPhone, while Samsung’s Galaxy Watch 5 and Google’s Pixel Watch are only compatible with Android devices. If you’re considering the Galaxy Watch 5, know that the ECG feature is only supported on Samsung’s Galaxy devices, unless you side load Samsung’s Health Monitor app onto a non-Galaxy phone.

How much do you want to spend?

Smartwatches generally come in three different price brackets, and finding which one is right for you depends on your budget and what you want from a smartwatch.

Most mainstream smartwatches fall around the $300 to $400 range, although you may pay a higher price for extras like LTE connectivity or a fancier finish. These watches provide health monitoring tools, fitness tracking and can replicate some of your phone’s functionality. These are the right choice if you want a well-rounded experience, especially when it comes to health and wellness. The Apple Watch Series 8, Fitbit Sense 2, Google Pixel Watch and Samsung Galaxy Watch 5 fall into this category.

Below are some examples of features you’ll find on smartwatches in this price range.

Features will vary depending on the model, but that’s the general package you can expect from watches at that price. Some watches have their own specific extras, too.

The $399 Apple Watch Series 8, for example, has car crash detection and an ultra wideband chip that should make it function better as a digital key for your car and home. Fitbit’s $299 Sense 2 has sensors that can passively monitor for signs of stress, while Samsung’s $279 Galaxy Watch 5 can measure body composition. Garmin’s $349 Forerunner 255 has more of a fitness focus, with built-in programs for triathlon and duathlon training. Fitbit and Garmin’s watches also typically excel in battery life over watches from Apple, Google and Samsung. The latter, however, offer a larger selection of third-party apps.

You can also find smartwatches that cost around $250, give or take. These watches include many of the features mentioned above, but not all of them. If you mostly want to see notifications on your wrist, make mobile payments, track workouts and don’t care much about deeper health insights, this type of watch is the right choice. Watches like the Apple Watch SE and Fitbit Versa 4 are examples of value-priced smartwatches.

While watches in this price range are usually the right choice for many people, it’s important to remember what you’re missing. The $249 second-gen Apple Watch SE, for example, lacks an always-on display, ECG, blood oxygen measurements and temperature sensor. But it has the same software, high and low heart-rate notifications, car crash detection, fall detection and selection of exercise modes as the Series 8.

The $229 Fitbit Versa 4 has many of Fitbit’s most notable fitness features — like active zone minutes, sleep tracking, built-in GPS and the daily readiness score (which requires a Premium subscription). You can also get phone notifications and access Amazon’s Alexa on your wrist, and it’ll soon support Google Maps and the Google Wallet. But you’ll need the pricier $299 Fitbit Sense 2 to get Fitbit’s more sophisticated health capabilities, like sensors that scan for potential signs of stress, ECG and a skin temperature sensor.

Garmin’s $249 Venu Sq 2 offers a long battery life (an estimated 11 days) and many health and fitness features for the price (GPS, blood oxygen measurements and sleep tracking). But it doesn’t have a speaker or microphone for taking calls, onboard music storage (unless you buy the $299 Music Edition) or access to Google Play Store apps.

It’s hard to find new smartwatches that cost less than $200, although there are some options out there. If you want to pay less and don’t necessarily care about using apps, you might want to consider a fitness tracker instead. (Fitbit also works with certain insurance companies to provide devices for members, so it’s worth checking if your provider offers this benefit).

There’s a third major smartwatch category to consider: premium fitness-focused watches. These devices usually have everything you’d find in regular flagship smartwatches, but with more rugged designs and additional characteristics aimed at sports enthusiasts. If you’re training for a marathon or work in remote environments that may require a more precise GPS signal, one of these watches may be for you.

You can expect to pay between $500 and $1,000 for these types of watches. Garmin’s Epix Gen 2 and Fenix 7 Standard start at $899 and $699 respectively, and the new Apple Watch Ultra is available for $799. The $449 Samsung Galaxy Watch 5 Pro falls in between the regular and high-end fitness watch categories.

You may wonder what makes these watches better for fitness buffs than their cheaper counterparts. While the specifics will vary, expensive fitness watches tend to have better durability, longer battery life, more accurate location positioning, customizable buttons and extra features that target specific sports, like running, scuba diving or golf.

Compared to the Forerunner 255, Garmin’s Fenix and Epix watches also have increased water durability (100 meters versus 50 meters), lengthier battery life, dual grid mode for showing location coordinates in different formats, customizable hotkeys and an array of golf-oriented features. (The Forerunner 255 still has plenty of running-focused tools, like a race predictor to help with marathon training, since it’s largely aimed at runners.)

When is the best time to buy a smartwatch?

The best time to buy a smartwatch is generally around Amazon Prime Day or Black Friday and Cyber Monday when the most discounts are available. Amazon Prime Day usually takes place in the summer, but the company held a second event in October in 2022.

Several Garmin devices were on sale during the last Prime Day, which occurred in July, while Fitbit wearables saw plenty of discounts during Amazon’s second event in October. Black Friday deals are also usually worth considering; the first-generation Apple Watch SE was available at a $60 discount last year. The Fitbit Sense 2 was already on sale for just $80 on Monday, a major markdown from its usual $299 price, as part of an early Black Friday deal.

If you’re shopping at any other time during the year, the biggest factor you’ll want to consider is when the new version of the smartwatch you’re interested in might launch. Doing so ensures that you’ll avoid paying a potentially high price for a device that may be outdated shortly. Plus, older models may go on sale once the new version launches.

Here’s a look at when the major smartwatch makers tend to release new smartwatches based on previous launches.

The best smartwatches in 2022

Still not sure where to start when buying a smartwatch? Check out CNET’s guide to the best smartwatches for our top picks, which range from below $300 all the way up to $1,000. This year’s top picks so far include the Apple Watch Ultra, Apple Watch Series 8, Google Pixel Watch, Samsung Galaxy Watch 5 and Garmin Epix 2 among others.

We test smartwatches by tracking workouts with them, wearing them overnight while sleeping, testing how well they automatically detect exercises, relying on them for notifications when away from our phones and running the battery down to see how long they last. We also take readings from the various health sensors and ascertain what they add to the overall experience. Our goal when testing smartwatches is to assess their overall value by evaluating which features they offer, how well these watches execute those functions and how the whole package compares to the competition.