In a relief to any small and medium businesses (SMBs) running their infrastructure on Long Term Support (LTS) releases of Ubuntu, Canonical has announced it will extend the lifecycle of Ubuntu 14.04 LTS and 16.04 LTS release by a couple of years,

Canonical reasons that the extended lifecycle, which now sees the distros supported for a total of ten years, will give SMBs the leeway they need to balance their infrastructure upgrade costs, especially as businesses emerge from the pandemic.

“Each industry sector has its own deployment lifecycle and adopts technology at a different pace. We are bringing an operating system lifecycle that lets organizations manage their infrastructure on their terms,” said Nikos Mavrogiannopoulos, Product Manager at Canonical.

Notably, Ubuntu’s subsequent LTS release, namely 18.04 (Bionic Beaver) and 20.04 (Focal Fossa), are already supported for ten years, that is up to April 2028 and April 2030 respectively

One of the main impetus behind the move for prolonging the support cycle for the two LTS releases is to enable organizations to get more bang for the buck from their IT budgets. Twitter test urges you to revise replies with ‘harmful’ language 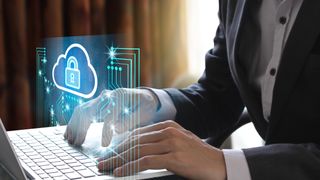 Tips for improving cybersecurity in the cloud