A judge in the UK has ruled that a homeowner’s Ring Video Doorbell constituted an invasion of their neighbor’s privacy, in a court case that could have big implications for how smart security cameras are designed and used.

The homeowner who installed the smart doorbell and another security camera, Jon Woodard of Oxfordshire, UK, faces a substantial fine after the judge upheld a claim by his neighbor, Dr Mary Fairhurst, that the doorbell’s video and audio recording features broke data laws and could contribute to harassment (via BBC News).

Woodard insisted that his home security system was intended to deter burglars and intruders. However, the judge noted that the defendant’s Ring Video Doorbell had captured images of Fairhurst’s home and the surrounding area, and recorded audio automatically – a feature that at the time couldn’t be turned off, prior to a 2020 firmware update.

In her ruling, Judge Melissa Clarke said: “Personal data may be captured from people who are not even aware that the device is there, or that it records and processes audio and personal data.”

Judge Clarke ruled that Woodard’s use of the Ring doorbell and home security system was in violation of both the UK Data Protection Act and UK GDPR (General Data Protection Regulation).

While the case could have wider implications for the home security device industry, it does appear to be something of an outlier.

Hannah Hart, privacy expert at security consultancy ProPrivacy, told TechRadar: “The defendant had excessively placed cameras across his property, including the garden, a shed and even on his neighbor’s wall. This is an extensive amount of surveillance that far outstrips what is necessary to monitor a property, and brings into question the defendant’s intent.

“Another of the key proponents that resulted in the £100,000 fine concerns the Ring Doorbell’s audio recording capabilities.

“Ring Doorbells are capable of listening in, and recording, conversations happening more than 40 feet away. These audio recordings, combined with CCTV footage, reveal how the defendant had effectively created a surveillance zone within his own community, where the privacy of his neighbors was eradicated and deliberately infringed upon under the auspice of combatting local crime.

“Measures current users of Ring should implement following this case include adjusting the settings of the doorbell and enabling the ‘Privacy Zone’ option, which can block out areas deemed off-limits. It’s also possible to adjust the doorbell’s Audio Toggle to prevent it from recording conversations.

“Another good method to avoid being taken to court by ones neighbors is by being honest about the amount of cameras in use, and ultimately respect their wishes for privacy should it be raised as an issue.”

A Ring spokesperson told TechRadar: “We strongly encourage our customers to respect their neighbors’ privacy and comply with any applicable laws when using their Ring device.

“We’ve put features in place across all our devices to ensure privacy, security, and user control remain front and centre – including customizable Privacy Zones to block out “off-limit” areas, Motion Zones to control the areas customers want their Ring device to detect motion and Audio Toggle to turn audio on and off.”

While the case is unlikely to cause issues for large numbers of homeowners, there are some precautions you can take even if you’re concerned that your security setup could fall foul of the law. For one, audio on Ring doorbells can now be toggled off, meaning that the device will no longer record or monitor audio in its vicinity. You can also adjust the field of view and camera angle in your Ring doorbell’s settings, limiting its coverage to just your property.

However, if this ruling leads to a large number of similar cases, manufacturers could ultimately be forced into redesigning both the hardware and firmware of their devices in order to better comply with data protection laws in the UK and in other countries.

Google Assistant: How to improve your privacy by turning off the virtual assistant 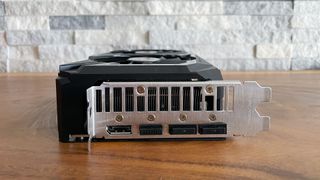