Cricket's New App Lets Unlocked iPhone Users Trial AT&T's Network For Two Weeks AT&T finally is getting into the free trial game through its Cricket prepaid brand, at least if you have an unlocked iPhone. 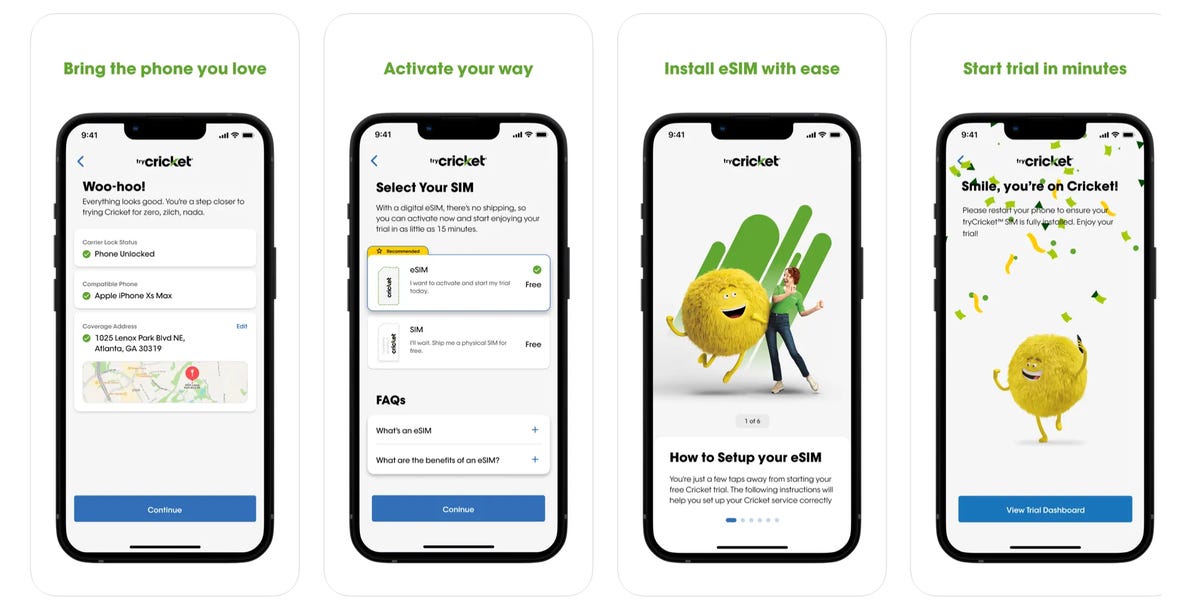 Anyone considering switching to AT&T and curious to try out its network will now have a new and easier way to do it. The carrier’s Cricket prepaid subsidiary has launched an app called “tryCricket” that, well, lets you try its Cricket service that runs on AT&T’s network.

The app, which is available now in the App Store and will work with unlocked iPhones running iOS 15 or later, will allow you to sample service for 14-days. During the trial you will get 3GB of data — including 5G access — and a temporary phone number with unlimited talk and text.

You don’t need to give the company a credit card to try out the service. The app will walk you through the setup process and guide you throughout the trial period as well as help you switch to Cricket should you want to change wireless providers.

iPhone owners will get to try out Cricket’s network first. If you have a recent unlocked iPhone (XS, XR or later) Cricket will allow you to try its network using an eSIM, which can run alongside your existing provider and could be set up “in as little as 15 minutes.” If you have an older iPhone that doesn’t support the virtual SIM card, Cricket will send you a physical SIM which you can put into your phone.

Cricket says that Android support will arrive in the “first half of 2023.”

With Cricket’s new trial app all three major wireless carriers now have ways to let you try out their respective networks right from a recent iPhone without needing to enter a credit card. T-Mobile, which was the first player in this space, recently upped its trial offer to allow for three months of unlimited data, talk and text on its network through its Network Pass program.

Like AT&T, Verizon doesn’t offer a trial directly but instead does offer a 15-day free trial with unlimited data, talk and text through its Visible subsidiary.