Dell’s 4K UltraSharp 32 U3223QZ videoconferencing monitor incorporates a new IPS Black screen that makes a great first impression. While it may not have the contrast of OLED, the better blacks and brighter-than-usual screen makes it much higher contrast than standard IPS, which makes colors pop and improves viewability. Then toss in a tilting 4K webcam, 12w speakers, mic array, on-bezel videoconferencing touch controls, power delivery and monitor daisy chaining, a ton of USB connections for docking and more. All those features make it sound like an enticing package.

This monitor is best for owners of laptops released within the past few years, if only because the bundled USB-C cable is too short to use with many desktops. That bundled cable is the only one I tried that saw the webcam as 4K, incidentally. This isn’t the first time I’ve had a Dell webcam have issues correctly recognizing a USB 3.2 connection on a desktop system, which is necessary for the 4K. Without that recognition, it drops back to 1080p at 30 or 60 frames per second. I threw my hands up and just used a laptop to test the videoconferencing features.

It’s too bad, because most desktops don’t have a webcam, speakers or mic, while laptops do. You can’t really use the webcam with a MacBook, either. It may work, but most of the settings are controlled by Dell’s Windows-only Peripheral Manager software.

The webcam is good in a lot of ways, such as the less image-degrading zoom you get with 4K vs. 1080p and the physical shutter you can activate on the bezel. But at the time I tested it (early June), there were some potentially big issues — the “when” matters, because I think they’re all soluble in a software or firmware update.

The biggest problem is autoexposure: It can capture reasonably well in pretty dark conditions, which is great, but it doesn’t seem to prioritize faces. That means it poorly exposes under some conditions, such as overexposing you if the only light is in front of you (if you’re using a ring light, for example) and the rest of the room is dim or dark. This can even be an issue if there’s anything large and dark close to the foreground — in my case, the black curtain next to my desk interfered with the exposure.

The speakers are fine and offer a little extra power compared to the 10-watt or lower speakers you usually get in monitors, but the echo-canceling mic sounded overprocessed and tinny.

The monitor is DisplayHDR 400 certified with Dell’s Smart HDR to automatically choose which profile to use, but in practice, a maximum brightness of 400 nits doesn’t gain you much tonal range (a typical decent monitor goes to 350 nits). It’s a better-than-nothing feature to have but not a reason to buy. If you really crave HDR, I suggest 600 nits as a base instead.

I have no problems with the image quality, though. UltraSharp is Dell’s high-end consumer line, which means it’s factory calibrated with a variety of built-in profiles; in this case, you get sRGB and DCI P3 color spaces and a variety of user-selectable white points. The P3 preset also fixes your screen brightness to about 51 nits and targets 2.6 gamma (white point 6,300 Kelvin), which is the relevant standard for traditional video editing. The default Standard preset is the more display-oriented flavor of P3, with a gamma target of 2.2 and white point of 6,500K.

The monitor’s accurate enough for most color-intensive but non-critical work — the white point varies in its brightness and it doesn’t have an Adobe RGB profile. It has a solid P3 color gamut and a preset that limits sRGB to the bounds of that gamut, which is necessary to display highly saturated colors properly since P3 extends well beyond it. The contrast hits around 1,850:1 or better. Most IPS panels tend to top out at 1,100:1.

If you work in good lighting and spend your life in video meetings on your laptop, the U3223QZ probably has the right feature set for you. Whether or not you can afford or want to pay $1,600 for it is another question entirely. If you’re just looking for an excellent monitor to dock to, its cheaper sibling the U3223QE is still pricey but the cost is easier to swallow.

All measurements are performed using Portrait Display’s Calman 2021 software using a Calibrite ColorChecker Display Plus (formerly X-Rite i1Display Pro Plus) and a Murideo Six-G signal generator for HDR testing. The extent of our testing depends on the capabilities of the monitor, the screen, the backlight technology used and the judgment of the reviewer.

On the most basic models, we may just test for brightness, contrast and color gamut, while on more capable displays we may run tests of most user-selectable modes for gaming or color-critical usage, uniformity and so on. For the color work, we may also run tests to verify how white point accuracy varies with brightness.

Color accuracy results reported in units of Delta E 2000 are based on Calman’s standard Pantone patch set, plus the grayscale and skin tone patches. White points results are based on both the actual white value plus the correlated color temperature for the entire gray scale (21 patches, 0 to 100%) rounded down to the nearest 50K as long as there are no big variations (generally 200K or more for non color-critical monitors); if there are wide variations, it’s based on 100% white at default brightness. Variations in CCCT occur when there are outliers — usually the deep shadows or bright whites. We also use Blur Busters‘ motion tests to judge motion artifacts (such as ghosting) or refresh rate-related problems that can affect gaming. 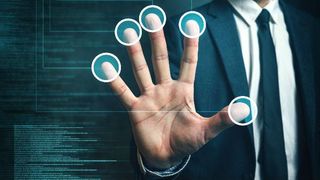 5 smartphones under Rs 10,000 with fingerprint scanners