If Apple isn’t going to make a 17-inch MacBook Pro, then someone else is going to have to. That’s what I always think when I see one of Dell’s big-screen XPS 17 laptops.

The oldest XPS 17 review of mine I could find dates back to 2011, although I’ve been covering this particular product line (or its identically named antecedents) since at least 2007.

Speaking of things that happened a long time ago, 2012 was when Apple discontinued the 17-inch MacBook Pro, and frankly there’s still an audience out there for a big-screen 17-inch laptop with that same style and vibe — a sharp, minimalist design wrapped around hardware that’s creative-minded, but also great for students and business types.

One of the machines I use regularly is the 16-inch MacBook Pro, with the M1 Max CPU. It’s a powerful (and powerfully expensive) laptop, but 16 inches still isn’t 17 inches, so I was excited to spend some time with the latest XPS 17.

This particular configuration adds a lot of noteworthy upgrades to the CPU, graphics and other features. For $2,799 (currently – prices on Dell’s website can shift frequently), you get a 12th-gen Intel Core i7, 32GB of RAM, 1TB of SSD storage and the top graphics option in the line right now, an Nvidia GeForce RTX 3060 GPU. The 16:10 touchscreen display has a 4K 3,840×2,400 resolution.

The biggest missing piece is probably a higher-res webcam, which has become ever more important in our Zoom meeting work-from-home era. Instead, the 720-resolution camera has added a discrete IR sensor for better overall camera performance. But note that the 14-inch and 16-inch MacBook Pro laptops, and even the upcoming new MacBook Air, have all upgraded to 1,080-resolution cameras, so it shouldn’t be a big ask.

This hulking silver-gray tank of a laptop is built around the same design as the last few generations of this system. It’s a CNC-machined aluminum chassis with carbon fiber on the inside. Despite its heft, I like that the lid can be lifted with one hand, or even by a single finger.

The thin bezel around the large screen minimizes any wasted space, even with the webcam tucked into the top border. Ports are on the thin side for a 17-inch laptop, with just 4 USB-C ports and an SD card reader. For HDMI or USB-A needs, you’ll need an adapter or dongle.

If you’re investing in a big, expensive laptop like this, with CPU and GPU chops, it’s probably out of professional interest. This will appeal to the Photoshop, Illustrator and Premiere experts who are not already locked into Apple platforms.

The 4K display is a big help there, as is the taller 16:10 aspect ratio, which lets you fit more work into the screen at once. I threw some Photoshop projects at the system with no problem and appreciated the extra screen real estate.

Because my time testing this laptop overlapped with Valve’s annual Steam Summer Sale, I had plenty of gaming opportunities with it. Among the recent games I played on the XPS 17 were medieval multiplayer game Chivalry 2, Warhammer 40,000: Chaos Gate – Daemonhunters and turn-based RPG King Arthur: Knight’s Tale. In general games chugged at higher resolutions but ran great at either FHD or usually QHD.

In fact, the XPS 17 became my main gaming laptop for a while, not because it had the greatest gaming hardware, but because it ran games well enough while offering a great large-format screen.

True big screen laptops are rarer than ever, and 16-inch screens are usually the new 17-inch screens for most. If you’re determined to find a 17-inch system that mixes the creativity of a MacBook Pro with mainstream gaming chops, the XPS 17 remains one of the only solutions that will satisfy both sides of that equation.

Samsung Galaxy Buds Pro tips and tricks: Get the most from your new wireless earbuds 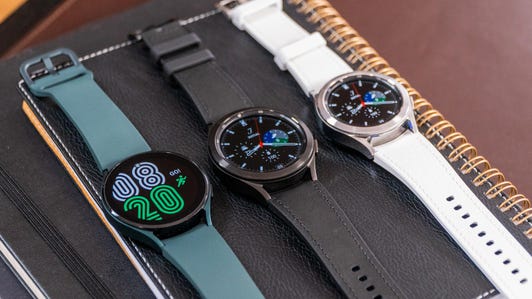