Access to 5G used to come at a high cost just a few years ago. Now, the technology is standard in most new smartphones and is available in devices that can cost less than $300.

But there are times when you might be wonder whether 5G is a necessary feature in a phone. Maybe you’re getting a great deal on a refurbished device from a couple of years ago that doesn’t support 5G. Perhaps you’re eyeballing the iPhone 11, one of the cheapest phones Apple currently sells at $500 but that can’t connect to 5G.

For US shoppers, the answer largely depends on what carrier you have, how much you’re willing to spend and how long you’re planning to hold onto your next phone. Since 5G is available in just about every new phone at no additional cost, there are few reasons not to buy a 5G-enabled phone.

Combine that with the fact that carriers are building out their midband networks — which offer faster speeds than low-band 5G offerings as well as broader coverage than the fastest millimeter-wave networks — and the argument for buying a 5G phone is even stronger.

Read more: Not All 5G Is the Same, We Explain the Different Names and Flavors

At the same time, it’s important to remember that 5G speeds and coverage will vary depending on your carrier. And 4G phones will continue to function for years to come.

“They’re not turning off those 4G networks anytime soon,” said Avi Greengart, president and lead analyst for research and advisory firm Techsponential. “Your phone will be dead before you need to worry about it.”

Figuring out whether you need 5G in your next phone starts with understanding the current state of 5G. All three major network providers in the US offer 5G, and there are three main flavors to be aware of.

There’s low-band 5G, which is available broadly but provides similar speeds as 4G LTE, and millimeter wave 5G, the super fast version that only operates at a short range. You likely won’t notice the difference between 4G and 5G when you’re on a low-band network. But millimeter-wave networks are so scarce you probably won’t find yourself near one on a regular basis unless you frequent busy venues like stadiums, arenas or airports. Even then, the coverage is often only in select locations.

The happy medium between both of these networks is midband 5G which provides faster speeds than 4G but can also cover much larger distances than millimeter wave. AT&T, Verizon and T-Mobile are all at different phases of their midband deployment, with T-Mobile currently taking the lead. The carrier said in February that its Ultra Capacity network, which consists mostly comprised of the midband spectrum acquired from Sprint, reached 210 million people by the end of 2021. T-Mobile expects to reach 300 million people with its midband network, Ultra Capacity 5G, by the end of 2023.

All these technologies can work together to provide better coverage, speed and performance than 4G LTE.

“So we’re not just talking about cities, but a lot of the country where people live is covered by T-Mobile 5G,” said Greengart. “And so you’re going to want to buy a 5G phone both for coverage reasons and for speed.”

How much are you willing to spend?

The biggest factor in determining whether you should buy a 5G phone is how much you’re willing to spend. If you have less than $200 to spend on a new device, it might be difficult to find a worthwhile 5G phone.

If your budget allows for spending more than $400, there are several compelling 5G options like the $429 iPhone SE and $450 Galaxy A53 5G. The upcoming $450 Google Pixel 6A will also support 5G when it launches on July 28. That’s a significant departure compared to when the Samsung Galaxy S10 5G launched roughly three years ago for a sky high price of $1,300.

Cheaper phones may not support all flavors of 5G, namely the fastest millimeter-wave networks, but that shouldn’t be a dealbreaker for most people shopping today. With its benefits in speed and range, the three major networks have prioritized midband 5G deployments over the past year. As long as your new phone supports midband 5G, you should be able to connect to faster speeds in more places.

It’s important to consider what matters most to you in a phone and how long you’re planning to hold onto a device. If you’d rather have a larger screen, a more contemporary design, dual-cameras and are planning to upgrade your phone again in two years, the 4G-enabled $500 iPhone 11 might be a better choice than the $429 5G-capable iPhone SE.

But if you’re looking for a phone that can get you through the next three years or so, it’s probably best to look for a 5G device. Most Android phones in the $400-$500 range have 5G and modern features like multi-lens cameras and large screens.

The situation is different for Apple fans. The only 5G-enabled option under $600 is the 2022 iPhone SE, which has Apple’s latest smartphone chip but lacks other staples like a big screen and multiple cameras. That might change this fall when the rumored iPhone 14 launches and Apple drops the iPhone 12 and 12 Mini’s price accordingly.

Bob O’Donnell, president and chief analyst for Technalysis Research, says 5G will likely feel more essential in early 2024. By then, carriers will have had more time to build out their midband networks.

“You will get faster speeds,” said O’Donnell. “Hopefully by then we’ll see some additional services and apps that take advantage of 5G.”

To decide whether you need 5G in your next phone, consider how much you’re willing to spend, how long you plan to hold onto your phone before upgrading and what type of coverage your carrier provides.

Investing in a new 5G phone is generally the best move if you can afford it since it ensures that your device will feel fast and relevant for years to come. But if your budget is limited, or the 5G phones available to you right now don’t fit your needs, you won’t be missing out on too much by opting for 4G instead.

“As a purely functional phone, you can’t go wrong with a good LTE phone,” said O’Donnell. Apple to pay $113M settlement over its iPhone ‘batterygate’ slowdowns 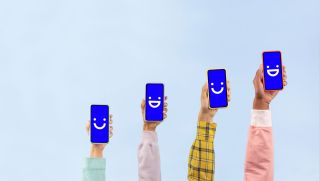 Brave browser now can show its privacy-first ads on Android, too