Epik CEO attempts to hit back on breach rumors 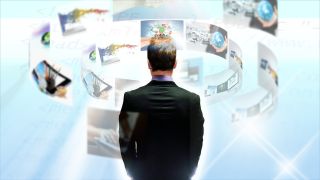 Rob Monster, the CEO of web hosting company Epik, engaged with journalists, hackers, and members of the public to address reports of hacktivists leaking decades worth of Epik’s data, in a video conference call that’s been described as “bizarre and chaotic.”

Last week, hacktivist group Anonymous claimed to have obtained and leaked 180 GB of data on Epik’s business and customers, for its position of welcoming clients who would have trouble finding web hosts due to the nature of their content.

According to reports, Monster acknowledged the breach in the meeting, alleging that the attackers not only hacked a backup of the company’s data, but also made away with $100,000 from his Coinbase account using information obtained from the breach.

However, the call went off-canter when other journalists and hackers who had been affected by the breach, joined the call, leading to Monster breaking out into prayer several times, even calling upon Jesus to rebuke demons present in the call.

Epik has provided services to alternative social media sites such as Parler, and to various other controversial organizations such as the Texas Right to Life group’s whistleblower website.

Last week, Anonymous shared all kinds of confidential information about Epik’s clients including their names, addresses, and phone numbers.

Epik initially denied reports of the breach, before Monster first emailing customers saying that the company was looking into “an alleged security incident,” and then inviting members of the public to a live Q&A on his video-conferencing website PrayerMeeting.com.

Monster reportedly leaned on his religious beliefs all through the hours-long call as he was confronted by several individuals who were doxxed by websites hosted by Epik, including Aubrey Cottle, who was outed as the founder of Anonymous.

However, his supporters applauded Monster for speaking candidly, apparently against the advice of his lawyers.