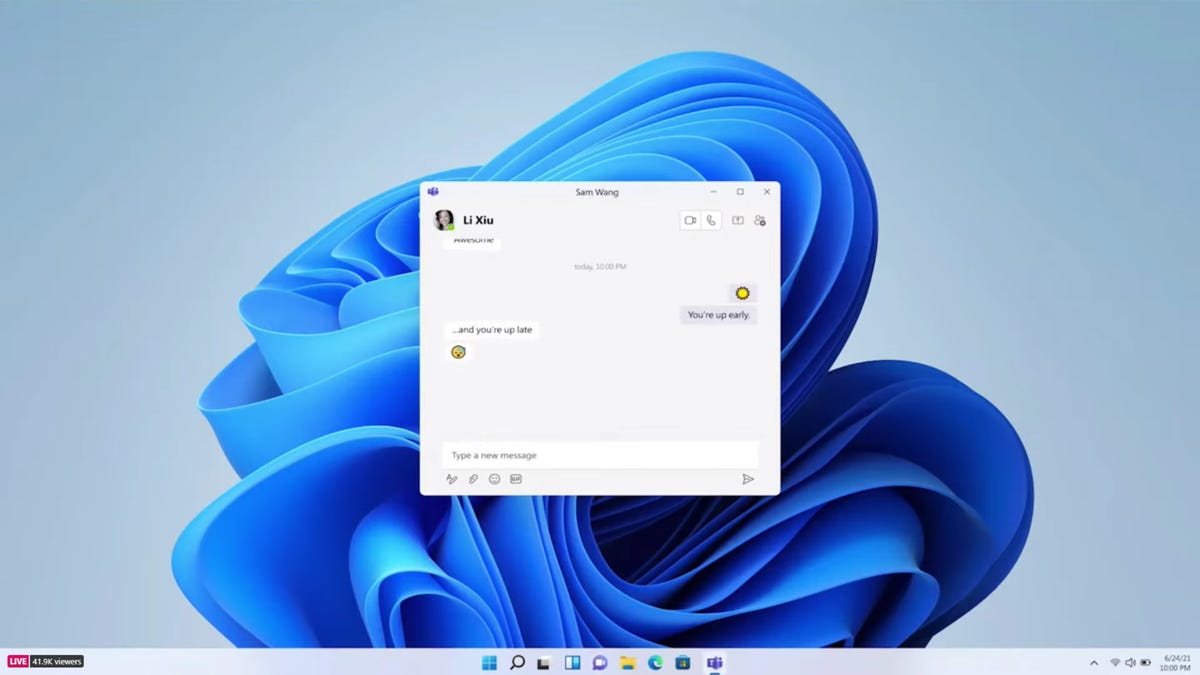 Windows 11 and Windows 10 operating systems share many similarities, there are some big differences. The newer version offers a more Mac-like aesthetic and more productivity features — plus the chance to finally use Android apps on your computer with Windows 11.

Let’s dig into the big changes Microsoft made and what’s actually different. And make sure you check out our favorite Windows 11 features and how to use them, everything we wanted in Windows 11 but didn’t get and how to set your default search engine. Once you’re ready, we’ll show you how to download the new OS.

Windows 10 vs. Windows 11: Every big difference in the OS

Windows 11 brings a brand-new, more Mac-like interface to the OS. It features a clean design with rounded corners and pastel shades. The iconic Start menu also moves to the center of the screen along with the Taskbar. But you can move those back to the left, where they are in Windows 10, if you prefer.

Android apps are now available for Windows 11 through the Microsoft Store, via the Amazon Appstore. (There were a couple of ways to access Android apps on Windows 10, including if you had a Samsung Galaxy phone, but this will make it native.) This is something Windows users have been waiting for for years and marks another move toward the merging of mobile and laptop devices.

Windows 11 lets you set up virtual desktops in a way that’s similar to on a Mac. It allows you to toggle between multiple desktops at once for personal, work, school or gaming. In Windows 10, this feature was harder to set up and use.

Read more: Windows 11 is Here, So Does That Mean I Should Buy a New Laptop?

Easier transition from monitor to laptop

The new OS includes features called Snap Groups and Snap Layouts — collections of the apps you’re using at once that sit in the Taskbar, and can come up or be minimized at the same time for easier task switching. They also let you plug and unplug from a monitor easily, without losing where your open windows are located.

Microsoft Teams added to the Taskbar

Teams got a face-lift and is now integrated directly into the Windows 11 Taskbar, making it easier to access (and a bit more like Apple’s FaceTime). You can access Teams from Windows, Mac, Android or iOS.

While they’ve been around for a while (remember desktop gadgets on Windows Vista?), including in a recent Windows 10 update, you can now access widgets directly from the Taskbar and personalize them to see whatever you’d like.

For tablets, Microsoft has aimed to improve the experience for touch, with more space between icons on the Taskbar, and support for gestures. Windows 11 also adds haptics to your digital pen, so you can hear and feel vibrations as you use it for taking notes or drawing. Finally, the OS introduces voice typing and commands across the system.

Windows 11 will get certain features found in Xbox consoles, like Auto HDR and DirectStorage, to improve gaming on your Windows PC. This marks another move toward integrating PCs and Xbox consoles for Microsoft.

For more, check out everything we know about Windows 11 and how to download Microsoft’s latest OS.