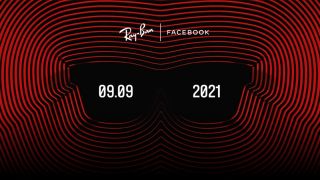 Facebook and Ray-Ban have teased their own smart glasses, which they’ll formally announce on September 9. Given the description, it sounds like the social media company is aiming to make its own Snapchat Spectacles-like device.

There’s little information about the specs, let alone what they’ll be called. The teaser page on Ray-Ban’s website only has the cryptic image seen above, the date, and a signup field for ‘your release notification.’

There’s also some fairly suggestive footage shared by Facebook CEO Mark Zuckerberg and Facebook VR/AR chief Andrew Bosworth, as The Verge noted. Both posted square-format videos (on Facebook and Twitter, respectively) of footage seemingly from head height, with no description text for context save a single sunglasses smiley on each post.

We don’t have long to wait to find out more about the Facebook x Ray-Ban project, which looks to be the brand’s own swing at social media-sharing eyewear we last saw in 2019 with the Snapchat Spectacles 3. But this is far from the first we’re hearing about Facebook’s smart glasses.

We first saw a patent for the Facebook Glasses (not the official name nor rumored, but we have to call them something) in June 2020, which showed a variety of methods that the potential smart glasses could use to sense depth and range, which could be useful for regular or portrait photos as well as augmented reality (AR) tools.

As with any patent, these are just a collection of different possible sensor arrangements, not a comprehensive list of every component that will make it on the final product. Needless to say, discovering a patent usually means we’re a few years off from seeing it reach the market in a production-ready model.

Or at least, that’s usually the case, but Bosworth promised in January that we’d see Facebook smart glasses land sometime in 2021, and they’d be far simpler than the ‘Project Aria’ full AR specs that are still in development. During Facebook’s latest earnings call at the end of July, CEO Mark Zuckerberg openly revealed that the smart glasses will be the company’s next hardware product.

“Looking ahead here, the next product release will be the launch of our first smart glasses from Ray-Ban in partnership with EssilorLuxottica,” Zuckerberg said in the call at the time. “The glasses have their iconic form factor, and they let you do some pretty neat things.”

Zuckerberg didn’t specify what those ‘neat things’ would be, but he had noted previously that they wouldn’t have a built-in display – they’ll be closer to Snapchat Spectacles than a robust AR headset like the Microsoft HoloLens. Which likely means less hardware, possibly bringing them in line with the Amazon Echo Frames – but we’ll wait for the September 9 unveiling to be sure.