Meizu has just unveiled the Meizu Pro 6s at an event in China, and the smartphone is gearing up to be one of the most exciting in a while.

Inspired design to say the least!

The Meizu Pro 6s looks almost identical to its predecessor, the Meizu Pro 6, which itself had an uncanny resemblance to a certain phone made by a manufacturer whose name is that of a fruit.

The unibody aluminium design looks great and premium on its own, but when compared to an iPhone, the similarities are uncanny. From the rounded edges to the extremely similar antenna lines, to the precisely machined holes for the microphone and speaker, Meizu were very obviously ‘inspired’ by the iPhone.

The iPhone similarities don’t end with the design, the Pro 6s comes with a 3D touch display and similar pressure tracking features.

The camera also comes with a variety or tricks up its sleeve such as 40axis Optical Image stabilisation, 10-LED dual tone flash, laser autofocus and phase detection autofocus.

Finally, on the software front it runs Meizu’s own (rather peculiar i must say) Flyme OS running atop Android Marshmallow. No Android 7.0 Nougat in this day and age? What a disappointment. 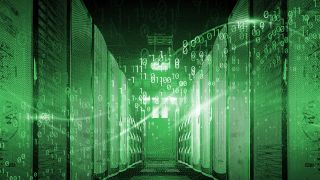