While the iPhone 13 and Apple Watch 7 didn’t arrive with capabilities to track any new health metrics, future iPhones might be able to monitor something far more subtle: your mental health.

A new report from the Wall Street Journal claims that Apple is working on enabling future iPhone models to detect depression, anxiety, and cognitive decline. The research is in its early stages, sources told WSJ, so it may never get rolled into Apple devices, but it shows that the company is looking to measure not just single metrics but detect larger conditions informed by the results of several metrics at once.

Apple is allegedly splitting its efforts into two projects: one, codenamed ‘Seabreeze,’ has the company partnering with the University of California, Los Angeles to work on depression and anxiety, while project ‘Pi’ has Apple working with pharmaceutical company Biogen to focus on cognitive decline.

How will your iPhone detect these things? The UCLA project reportedly monitoring inputs from iPhone and Apple Watch, considering everything from walking patterns to facial expressions to typing speed and other innocuous health data. All of that is compared to subject-submitted surveys on emotions and hormonal residue in biological samples ( like the stress hormone cortisol in hair, according to Gizmodo). The Biogen project considers similar health metrics.

Analysis: measuring on the iPhone, not just Apple Watch

It shouldn’t be discounted that Apple is reportedly exploring health analysis on the iPhone given it’s used the Apple Watch for that almost exclusively. The exception is the recent ‘Walking Steadiness’ feature, as Gizmodo pointed out, which was added to the Health app with iOS 15 to warn users early if it predicts they might have a serious fall.

This is big news: combining Apple Watch and iPhone data brings in more nuanced detection, of course, but it also means Apple may be considering far more complex symptoms than just raw health metrics when it comes to noticing worrying health trends. User behavior is a complex category to track; but given the hours upon hours we spend on phones every day, it makes sense to explore interaction patterns if they can be reliably used as indicators of mental health.

Assuming the features claimed by the WSJ make it into iPhones one day, Apple probably won’t claim its phones can diagnose depression, anxiety, and cognitive decline – just that the data collected suggests the user might be suffering from adverse mental health conditions. But it shows how much Apple believes our phones can pay attention to us – and, hopefully, get us to pay more attention to ourselves. 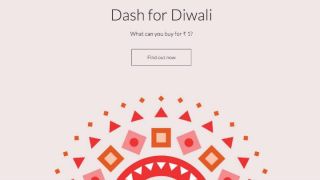 What can you buy for Rs 1? Find out in OnePlus’s ‘Diwali Dash Sale’