Galaxy Z Fold 4 Preorder: Where to Buy Samsung's Latest Foldable Samsung's next-generation foldable phone is now official and you can already save on one with these Galaxy Z Fold 4 preorder deals. 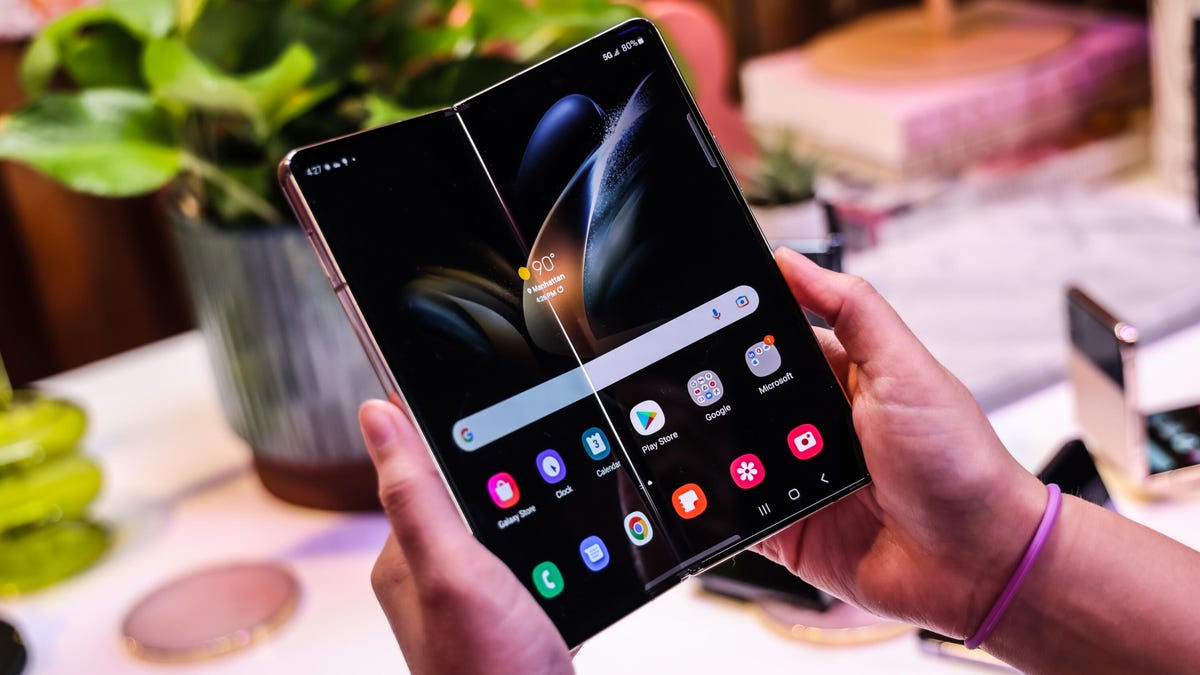 After months of rumors and speculation, the Galaxy Z Fold 4 is now official. Revealed at a jam-packed Samsung Unpacked event, we now know all of the details about Samsung’s next foldable phone and you can even save on one with these Galaxy Z Fold 4 preorder deals.

One of the biggest announcement’s to come out of Unpacked, Samsung’s Galaxy Z Fold 4 is the successor to last year’s Galaxy Z Fold 3 and a continuation of Samsung’s tablet-meets-phone hybrid approach. Powered by a Snapdragon 8 Plus Gen 1 processor and backed by 12GB of RAM, the book-style foldable has been redesigned with a slimmer, more durable hinge and lighter overall weight.

There’s a 6.2-inch outer AMOLED display and a 7.6-inch inner AMOLED display, both of which offer a 120Hz refresh rate. One huge upgrade comes in the camera department with an array that now includes a 50-megapixel main camera, 12-megapixel ultrawide camera and 10-megapixel telephoto camera.

The Galaxy Z Fold 4 is likely going to be one of the best phones to buy in 2022, especially if maximizing the screen real estate in your pocket is important to you, but this sort of innovation doesn’t come cheap. Thankfully, there are already a ton of Galaxy Z Fold 4 deals to take advantage of at this preorder stage so you can save on the latest and greatest device from Samsung.

What colors does the Galaxy Z Fold 4 come in?

How much does the Galaxy Z Fold 4 cost?

At its full retail price, Samsung’s Galaxy Z Fold 4 starts at $1,800. That gets you the base spec 256GB variant. US pricing for each model is as follows:

Be sure to check out all the Galaxy Z Fold 4 deals below for some ways to save on these retail prices.

When and where can you preorder the Galaxy Z Fold 4?

We will continue to update this page as new offers become available, so keep checking back if your carrier or preferred retailer is not listed below.

Score as much as $1,000 off your Galaxy Z Fold 4 preorder with trade-in direct at Samsung and get a storage upgrade at no extra cost. You can also get up to $300 in Samsung credit when you bundle Buds 2 Pro and Watch 5 or Watch 5 Pro with the Z Fold 4.

Trade in your old Galaxy phone to AT&T and get up to $1,000 off your Galaxy Z Fold 4 preorder. The phone traded in can be from any year and in any condition, too. Better still, customers who pre-order at AT&T will get a free storage bump — meaning double the storage space — plus a free Samsung case.

With this promotion, you can get the Galaxy Z Fold 4 for only $800 on a qualifying unlimited plan and, if you preorder, you’ll get the 512GB model for that price instead of the 256GB model. The $1,000 credit takes place over a 36-month period, and if you cancel service before the 36 months is over you’ll have to pay the remaining balance. Also be aware that credits begin within three bills and require that you pay all taxes and associated fees on the retail price up front.

Trade in your old or damaged phone at Verizon and get as much as $800 off the Samsung Galaxy Z Fold 4 with select Unlimited plans. Switchers will also get a further $200 bonus.

T-Mobile is offering you the chance to snag the Galaxy Z Fold 4 from as little as $0 with up to $1,000 in bill credits on a qualifying Magenta Max or premium plan. The credits will be applied over 24 or 36 months. Like other carriers, you’ll also score double the storage at no extra cost.

Best Buy is giving you a storage bump at no extra cost and dishing out free cases with unlocked Galaxy Z Fold 4 preorders. That means you can get the 512GB model at a $120 discount and pick up the black Standing Cover (worth $90) for free.

Like Best Buy, Amazon is also offering the 512GB Galaxy Z Fold 4 for the same price as the 256GB and throwing in a free Stand Case for total a saving of $210. There’s no option to trade in your old device like Samsung and most carriers are offering, but it’s a couple of nice freebies if Amazon is your preferred shopping destination.