God of War: Ragnarok will conclude the Norse saga 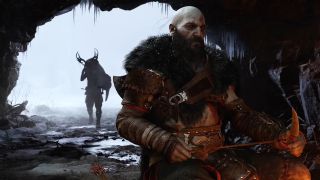 It took the studio five years to develop God of War 2018, and it’ll be four years of development once Ragnarok releases next year. Plus, Santa Monica didn’t want the Norse storyline to run over nearly 15 years, as it’ll be “too stretched out.”

The news of God of War: Ragnarok concluding the end of the Norse saga has been mostly positively received on social media. It seems many of us are tired of games, movies, and TV shows that stretch out stories too much when the story could’ve ended three seasons or two games ago.

This was one of the complaints from critics about Last of Us 2, as some felt the game was too long. With Santa Monica going in a different direction and hopefully ending the series in a climactic and thoughtful way, we should all be in for a treat next year.