Here's One Feature Samsung Could Use to Cream Apple Samsung is expected to release its best foldables yet at Samsung Unpacked on Wednesday. One thing could make them extraordinary. 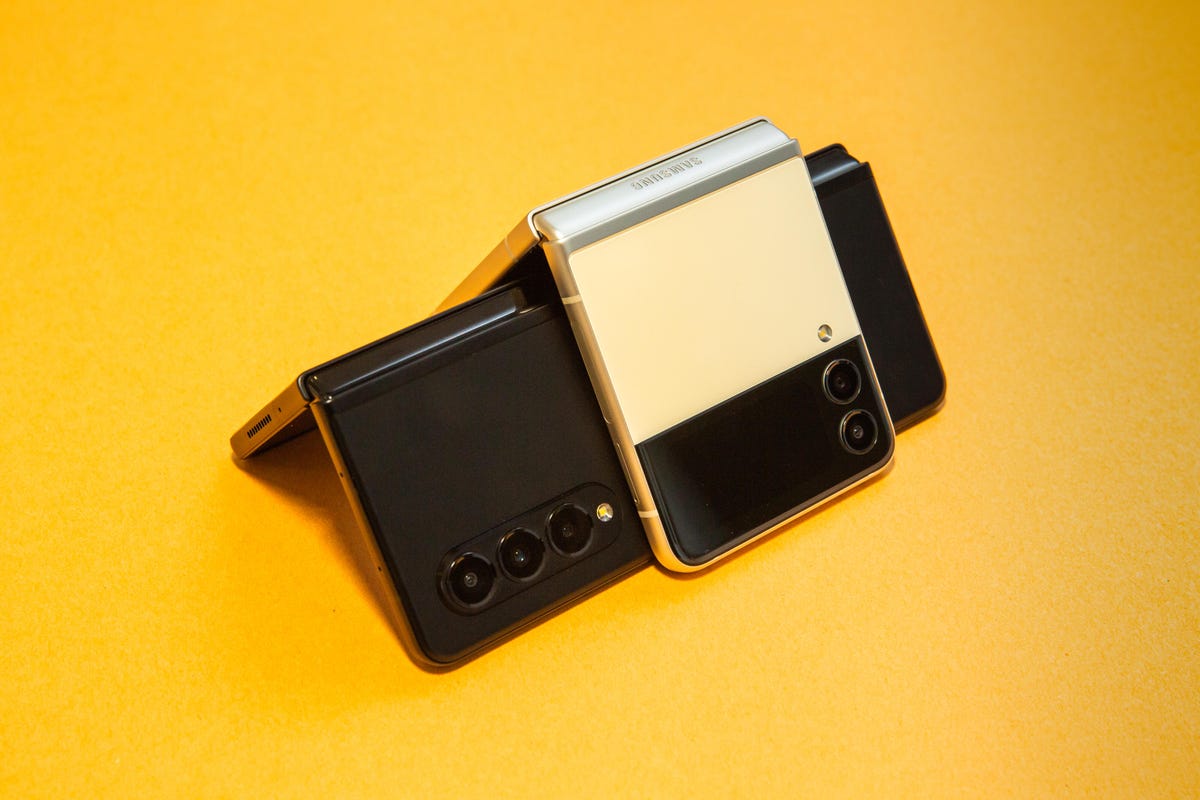 Samsung’s next big phones expected to be revealed at its Unpacked event are rumored to be its best foldables yet with improved cameras, new hinges and slimmer designs. But as the holiday shopping season approaches, the feature Samsung should lean on is a price cut.

Samsung has driven high sales with 2-for-1 offers and generous discounts when trading in old devices. That goes for both its pricey Galaxy Fold and Galaxy Flip devices that go for as much as $1800, as well as its Galaxy S smartphones, which start at $800.

The way Samsung charges us for its phones is a stark contrast with Apple, which largely holds firm on its prices even through discount seasons like Black Friday, only allowing discounts from carriers or retailers.

This week, Samsung has a chance to make a change.

Samsung is planning a large product reveal event, called Unpacked, for Wednesday, August 10, during which it’ll announce its newest foldable smartphones. The two devices, expected to be called the Galaxy Fold 4 and Galaxy Flip 4, aren’t going to appeal to the masses like the Galaxy S line of devices, in part because they cost so much.

But price is where Samsung could make a difference. Despite offering more discounts, in recent years Samsung has lost market share to Apple at the top of the phone market — the so-called premium segment where 7 of every 10 $800-and-up phones sold globally are iPhones. And in the lower-priced models, where the Galaxy S competes with the standard iPhone at around $600 and up, sales have actually begun to decline around the world, per a recent Canalys report.

Though Samsung’s Unpacked event on Wednesday will focus on foldables, it also serves as Samsung’s big product release just before Apple announces its expected iPhone 14 series of phones in a few weeks. Unpacked represents Samsung’s chance to make a big impression ahead of Apple’s own event, and any deals could make a difference.

It’ll already be hard to convince people to buy any new phone this year with rising inflation and a looming recession. Our collective confidence in the economy has fallen through the floor, with one survey from the University of Michigan finding consumer sentiment is at its lowest point in at least 70 years.

Historically prices for many of these phones have stayed mostly the same over the years. Starting price for Samsung’s Galaxy S and Apple’s latest iPhones typically sit between $700 and $800, so it’s unlikely Samsung would break from that model.

Still, if Samsung were to introduce a price cut for all its phones, effectively driving the price down to what it actually charges us through those special deals rather than the sticker price, it could potentially  “change the equation,” said Bob O’Donnell, an analyst at Technalysis Research. But convincing Apple users to switch to Android will take more than just a price cut.

“There are people who will never give up iOS for a variety of reasons — green bubbles being one of them,” said O’Donnell. “They’re not going to change, as cool as [foldables] may be, until they can have [iOS.]”

Apple and Samsung’s premium horse race is an iOS vs. Android battle

Over the past decade, there’s really only been two phone makers worth paying attention to outside China. One is Apple, the other is Samsung. Apple’s iPhone gets praised every year because of its industry-leading software and powerful chips. When CNET reviewer Patrick Holland was thinking of a headline to sum up his glowing review for images he took with the iPhone 13 Pro last year, he ended up with “Damn, these cameras.”

Samsung often positions itself as the alternative, offering sleek designs without all the Apple baggage like requiring you to use their App Store or having to deal with iMessage. It’s also often the lower-priced option whenever you walk into an AT&T, Verizon or T-Mobile store.

To be sure, people are buying as many iPhones as ever, said Tim Cook during a July conference call discussing Apple’s latest financials. And other premium brands aren’t feeling the squeeze of a shrinking economy just yet.

While Apple has pulled ahead in the premium smartphone race in recent years, both companies have been at each other’s throats for a lot longer than that. The companies have traded blows in big ad campaigns, like Samsung mocking Apple for removing the headphone jack in 2016. Apple for its part has accused Samsung of stealing its designs, including in a worldwide years-long court battle that ended in a 2018 settlement.

Most other phonemakers have rarely been able to compete. LG lost money before leaving the phone game in 2021, while Microsoft gave up when its Windows Phone OS lost to Apple’s iOS and Google’s Android in 2017. Google gets good reviews for its Pixel phones, few people buy them, and the phones have a negligible market share, which CNET senior editor Patrick Holland calls “a conundrum.

“Maybe that’s a failure from Google’s marketing, limited carrier relationships in Pixel’s early days, dominance of Apple and Samsung in the US or just that people don’t trust the search company with their data,” Holland said.

Which is a long way of saying that Samsung is Apple’s only real competition outside China. Samsung sells more phones globally than any other manufacturer, though the majority of those are mid-range and budget A-series phones.

One of Samsung’s current obstacles is convincing iOS users to switch. They aren’t having trouble converting the Android faithful to try out their Galaxy S phones, which this year featured a stylus, larger screen and better cameras. Even its pricey folding-phone devices are catching on, somewhat — making up an astonishing 36% of the premium Android phone market, according to IDC research director Nabila Popal.

But getting Apple faithful to leave their blue bubbles may be very difficult.

“I personally think Apple consumers are just so glued to Apple with brand loyalty and the ecosystem that they’re used to,” Popal said. “As great as foldables are, it will not be the driving factor to convert an iOS [user] to Android and Samsung.”

The other big factor is awareness. Even three years after the first Galaxy Fold arrived in early 2019 and a fourth version coming soon, they haven’t been sold in enough numbers. “You still don’t see many [foldables] in the wild,” said  O’Donnell. And one of the best ads for any technology is when you see a happy customer actually using it in your family or walking down the street.

“When people do see [a foldable], if that’s their thing, they’re still knocked out, they’re like this is crazy, this is incredible,” O’Donnell said.

This year, rumors suggest Samsung’s Z Fold 4 and Z Flip 4 are only getting rudimentary improvements for their screens and cameras. The same happened last year, but the big upgrade was in affordability, with discounts dropping the Fold’s price below $2000 and the Flip’s down to roughly the same price as other premium smartphones. But then Samsung started offering even more discounts afterward, with 2-for-1 deals across its product line.

The message was clear: Samsung still has an opportunity to introduce another price drop, which would put them in better competition with cheaper premium handsets, and make them much more attractive to people today.

For its part, Apple doesn’t seem concerned enough about foldables to rush out one of its. Instead, Apple’s stuck to its well-worn plan of annual improvements, including for its upcoming iPhone 14, which is rumored to include a smaller front-facing camera notch, better battery life and a new always-on display.

Prices, meanwhile, are likely to remain the same if not increase along with inflation, like they did last year. This creates the opening for Samsung, both with its mainstream Galaxy S phones and its foldables alike.

“I feel that foldables are at a tipping point, the brink of a breakthrough, where it’s just a matter of a bit more time before they just explode,” Popal said.

Maybe the price could help make a difference.