Having enjoyed three years of bragging rights, Pádraig Harrington’s highly experienced Team Europe faces an eye-catching USA line-up with a strong rookie flavour. Steve Stricker’s the man tasked with recapturing the cup at Whistling Straits, where the unpredictable elements could steal the show at any moment. Prepare for three gripping days of action and read on as we explain how to watch a 2021 Ryder Cup live stream online from anywhere, for free in some cases, and with or without cable.

The host team has won the past three tournaments fairly emphatically, but that may well change this year, with Team Europe featuring seven players from the 17.5 – 10.5 victory in 2018. Stalwarts Lee Westwood, Sergio García and Ian Poulter will complement the likes of world No. 1 Jon Rahm and Tommy Fleetwood.

Team USA may be green, but Stricker has four of the best five golfers in the world at his service, in Dustin Johnson, Collin Morikawa, Patrick Cantlay and captain’s pick Xander Schauffele. That world No. 21 Scottie Scheffler is his lowest ranked player has to be a frightening prospect, even for a group that’s as sure of itself as Team Europe appears to be.

We’re not sure Stricker will be pairing Bryson DeChambeau – who had a miserable time three years ago – with Brooks Koepka, but a successful tournament for Team USA would raise the tantalising prospect of a ceasefire between these bitter rivals, with world peace surely to follow.

The stakes could barely be higher, so follow our guide as we explain how to watch a 2021 Ryder Cup live stream from anywhere.

As ever, the mornings of the first two days are reserved for foursomes, with fourballs being played in the afternoons. Both days start at 8am ET / 5am PT / 1pm BST.

The final day ratchets up the tension with 12 one-on-one singles matches, with the action kicking off at 12pm ET / 9am PT / 5pm BST.

How to watch Ryder Cup live stream from outside your country

There are loads of easy ways to watch a Ryder Cup golf live stream, including in the US, UK and Australia. Scroll down for a full breakdown of options, but because of geo-restrictions, you’ll need to use a VPN service if you’re abroad to dial in to a location that lets you watch the golf online in the same way you would at home.

A VPN is perfect for this, as it allows you to change your IP address so you appear to be in your country of residence, where you usual streaming services and subscriptions are based. You may be surprised by how easy it is to get stared using one, too.

Use a VPN to watch Ryder Cup golf online from anywhere

Once you’ve registered and downloaded the software, just follow the prompts to install it then select the location you want to relocate your IP address to – it really is that easy.

Ryder Cup live stream: how to watch for FREE and without cable in the US

In the US, the early stages of the tournament are being shown on the Golf Channel before NBC brings it home – but every moment of the action is being shown on Peacock TV, NBC’s streaming service.

If you’ve got the channels on cable, simply head to the Golf Channel website or the NBC website and log in with your cable credentials to stream the golf online.

How to watch Ryder Cup online without cable

As mentioned above, Peacock is the best place to watch the Ryder Cup, as it’s showing all of the action, from 8am-7pm ET on Friday and Saturday, and from 12pm-6pm ET on Sunday.

Plans start from $4.99 a month (can be cancelled any time) and, as well as the golf, a Peacock TV subscription gives you access to Premier League soccer, WWE, Premiership rugby, and the best that NBC has to offer on demand.

For a fuller OTT solution, Sling TV is perhaps the best value cord-cutting service out there right now. Its Sling Blue plan hosts NBC and the first month currently costs a mere $10 (down from the standard $35), while an $11 Sports Extra add-on nets you the extra Golf Channel coverage as well.

Another great option if all you’re after this week is the golf is FuboTV, as it includes both the Golf Channel and NBC in its Starter plan.

At $65 per month, it’s pricier than Sling but still a reasonable alternative to traditional cable with the flexibility to cancel at any point – and if you haven’t had Fubo before, you can take advantage of its FREE trial and watch the Ryder Cup 2021 without paying a penny, if that’s how you choose to play it.

You needn’t find yourself in a pickle if you’re abroad either, as using a good VPN as described above will let you watch the streaming services and content you pay for at home, from anywhere in the world.

How to watch Ryder Cup: live stream golf in the UK

UK-based golf fans can tune into all of the Ryder Cup action on Sky Sports, but be warned that each day of action concludes after midnight.

Subscribers also get to watch on the move using the Sky Go app, which is available on nearly all modern phones, tablets, laptops, PCs and consoles.

For those without Sky, the best option is a Now Sky Sports monthly membership. But to go all out, check out our guide to today’s best Sky TV packages and deals.

Not in the UK this weekend? To access your usual streaming service from outside the UK, you’ll need to download a good VPN as detailed above.

2021 Ryder Cup live stream: how to watch the golf online in Australia

Golf fans Down Under can live stream the Ryder Cup on Fox Sports or the excellent-value streaming service Kayo Sports.

You’ll need to have a paid subscription to watch on Fox Sports or via a Foxtel subscription. For a cheaper alternative, you can live stream Ryder Cup 2021 golf online through slick streaming platform Kayo.

Newbies can take advantage of a FREE Kayo trial to see if the service is right for them. For those who decide to keep it, Kayo price plans start from a super affordable AUD$25 a month – really good value considering how much premium live sports action it hosts.

Not in Australia right now? Aussies abroad looking to watch a Ryder Cup live stream should find that a good VPN helps them access their home streaming services wherever they are.

Where is the 2021 Ryder Cup being played?

The 2021 Ryder Cup is being played at Whistling Straits for the first time.

The links course, which sits on the coast of Lake Michigan, has previously hosted three editions of the PGA Championship. Incidentally, an American finished runner-up on each occasion.

The outlook is far more positive after that, with nothing but sunshine expected for the remainder of the tournament.

Who are the favorites for the 2021 Ryder Cup?

The nature of match play means it’s futile picking a pre-tournament favourite. Harrington has plumped for experience in his camp, with Shane Lowry, Viktor Hovland and Bernd Wiesberger the three rookies in a European team whose members have 38 tournaments to their names.

And a home crowd certainly seems to count for something, especially in the US. The visiting team has only won 13 of 42 Ryder Cup tournaments, and nine of those went the way of Team USA.

Despite a rough start for Team Europe, they turned it around to win the 2018 Ryder Cup by a distance.

It was a bittersweet victory for captain Thomas Bjørn, who then had to honour his promise of having the 17.5 – 10.5 winning score tattooed on his backside.

The 2020 Ryder Cup was postponed because of Covid-19, with the next edition taking place near Rome in 2023. Planned Parenthood birth control app to be available nationwide by 2020 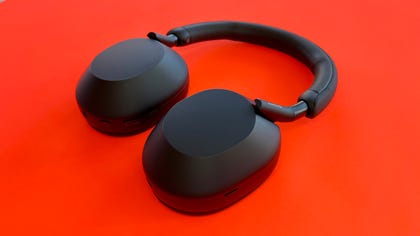 Motorola announces $1,000 Edge Plus to compete against Galaxy S20