HTC’s latest VR headset is now available, for those willing to pay a hefty price.

First announced at CES, the PC-connected virtual reality goggles already appear to have made fans in BMW and Major League Baseball, with the automaker using it to let consumers virtually into its BMW M series and MLB using it to let fans play a new home run derby game without the need for a traditional controller.

As with HTC’s more consumer-oriented $799 Vive Pro HMD, controllers are not included with the Vive Pro Eye. The two headsets share many of the same specs including similar resolutions of 1440×1600 per eye, 3.5-inch displays, a 90Hz refresh rate and 110-degree field of view and the same minimum PC requirements.

The Pro Eye, of course, adds the eye-tracking, OLED displays instead of AMOLED and some headphone ergonomic improvements to justify its loftier price tag.

The new headset is available now on Vive.com and from “select retailers.” 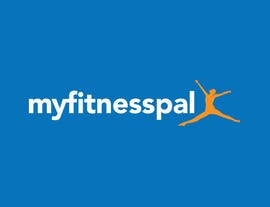 150 million MyFitnessPal accounts were hacked. Here’s what to do

Magic Leap’s $2.3B secrets may start to spill this week The Amazfit Bip smartwatch: Just $61 with this exclusive code