Huawei may be better known for its range of Android phones, but the Chinese company also produces a decent range of audio products, including the brand-new Freebuds Pro 2. These earbuds offer a range of features including active noise canceling, water-resistance, decent battery life and solid sound quality from dual drivers. Also they look quite pretty, which I’m going to consider a lovely bonus.

The buds are the direct follow-on from the previous Freebuds Pro, and physically it doesn’t look like a lot has changed, with a fairly stubby stem coming off the main earbud. They’re lightweight, weighing around 6 grams each, and I found they provided a secure enough fit in my ears to remain firmly wedged in my skull during some fast-paced walking. The new model is available with a lovely shimmery blue color, which makes a refreshing change from the usual black or white we tend to see in earbuds. The buds are IP54-rated for water resistance, so sweat or rain will be no problem.

Huawei has continued its partnership with French audio firm Devialet, bringing the company’s trademark powerful bass to the Freebuds via multiple drivers in each bud. The main sound is produced by an 11mm driver which Huawei says has extra magnets to increase its power by 30%, while a second “planar diaphragm” driver handles the middle and high frequencies.

I sat through a long presentation by Huawei on the tech it’s put inside the buds, and while I can recall very little of it, the important thing you need to know is that they sound generally pretty great. Bass is deep and rumbling, without sounding too muddy. Electronic dance songs like Knife Party’s Internet Friends sounded particularly meaty, while the brain-shaking opening bars of Periphery’s brutal metal track Prayer Position were reproduced with a satisfying level of oomph.

Higher-end tones are a little less pronounced, with some of the sparkle on cymbals or acoustic guitar strings being a bit more muted. There is a companion app (iOS and Android) that allows you to slightly adjust the EQ of the sound, but I didn’t find it made a dramatic difference. As a result, those of you particularly into classic, folk and acoustic music would be better off looking elsewhere. Love a bit of EDM, dubstep or bass-driven metal? Then the Freebuds Pro 2 will suit your ears well.

The buds offer active noise canceling and have been equipped with three microphones in each bud to analyze — and cancel out — ambient sound. I found it worked well, doing a good job of canceling out the noises of a busy road as I was walking along.

Huawei reckons you’ll get up to four hours of playback with noise canceling on from the buds and up to 18 hours total with the charging case. Turn canceling off and you’ll get 6.5 hours or 30 hours total. Not bad.

I’ve not spent loads of time with Huawei’s new buds, but I’m a fan of their sound as it suits my general music tastes quite well. I like the fit, too, and the battery life is more than enough to get me through the day. They’ll be going on sale in the UK on 6 July with a fairly lofty price tag of £170. That’s quite a step up from the previous model, but with advances in ANC and punchier sound, it could be money worth spending.

The previous buds weren’t available in the US, and it’s unlikely the Freebuds Pro 2 will be either, but for reference that £170 UK price converts to $207.

Facebook launches photo transfer tool in US and Canada 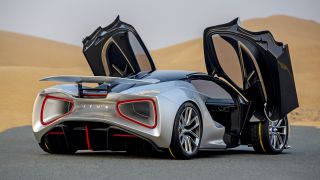