It’s no secret that Amazon’s own hardware tends to be some of the best Prime Day deals that happen each year. We expect to see all of the company’s hardware on sale at some point between now and the end of July 13 when Prime Day comes to an end, but some of it is already discounted to prices you simply can’t miss out on. Amazon has a full range of Fire TV Sticks, and right now the non-4K Fire TV Stick is on sale for just $17, which is a savings of 58%. Normally, this sells for $40 and has never dropped below $20 before.

Bring some smarts to your existing TV without buying an entirely new screen with Amazon’s Fire TV Stick. It’s a great option for those who are still rocking regular HD TVs, by giving you access to all the best streaming services, apps and voice controls that you can usually only get with a modern smart TV. And right now, Amazon is offering Prime members an exclusive $23 discount on the basic Fire TV Stick, dropping the price down to just $17.

During Black Friday last year, Amazon offered the Fire TV Stick Lite for $18, which is the version of this that doesn’t come with the Alexa Voice Remote. At $17, this is an absolute steal and a great addition to just about every TV you have at home. Sure, it may be missing some bells and whistles, like 4K streaming, but at this price that’s pretty easy to forgive.

Whether you’re tired of the slow built-in smarts of your current TV or you added a new TV and need to make it smarter, this deal is the perfect chance to upgrade the streaming hardware you use across your home. This model is 50% more powerful than the previous generation of hardware and the Alexa Voice Remote allows you to search for your favorite shows and channels using just your voice.

Unless 4K is an absolute necessity for you, which it may not be outside of your main TV screen, this is an absolutely amazing value at this price. Keep in mind that this is an early Prime Day deal, which means the price could change again ahead of the event. We’d expect if that happens that it goes back up in price, and not down any further. Be sure to get your order in now to prevent that from happening to you. 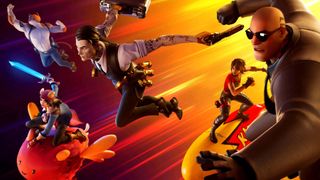 Oculus Quest is getting multiuser support in February