With its new iPhone 13 models, Apple has added notable new camera features to get an edge in the smartphone photography market. Cinematic mode, on all iPhone 13 models, uses AI and computational photography to change focus from one subject to another, a technique you’ll often see in the movies. And macro photography on the iPhone 13 Pro lets you take closeup photos of subjects just 2 centimeters away.

At first blush, the new iPhones’ cameras look similar to what’s offered on the iPhone 12 models from last year, with two cameras on the lower-end models and three on the more expensive Pro phones. But improved camera features and core functionality make this year’s models a substantial step up from 2020 iPhones, not just the years-old models that customers are more likely to upgrade from this year, and camera improvements can be more noticeable than faster processors and better screens.

The iPhone 13 Pro and Pro Max have three new rear cameras that span a zoom range from 0.5x to 3x. For the first time, all of them can take Night Mode shots, a computational photography technique to handle low-light situations. The ultrawide camera has the largest image sensor so far in an iPhone, and its f1.8 aperture is wider than last year’s f2.4 for 92% better performance in dim conditions, Apple said. The ultrawide’s macro abilities let it focus on subjects as close as 2cm.

The iPhone 13 Pro’s main wide-angle camera has an f1.5 aperture, a notch wider than last year’s f1.6 and one reason it’s 2.2x better in low-light shooting conditions. The 77mm-equivalent telephoto lens is a 3x zoom factor over the main camera, up from 2x on the iPhone 12 Pro and 2.5x on the iPhone 12 Pro Max. No longer do you have to carry the biggest phone if you want the longest zoom.

Cameras are crucial to smartphones, which is why newer phone models have multiple cameras and often a bump to accommodate better optics and image sensors. Photos and videos are how we catalog and share our lives, and features like better low-light performance and new lens perspectives can really help.

“Camera performance has become the main battleground in premium smartphones,” said CCS Insight analyst Ben Wood. With Cinematic mode, 3x telephoto zoom and macro photography, “Apple has done more than enough to maintain the perception that the iPhone offers one of the best camera experiences available.”

Cinematic mode uses computational photography abilities to detect when a new face enters the frame and automatically shift focus to it when it becomes dominant. To further guide the viewer’s attention, if the subject in focus looks away, Cinematic mode will shift focus to another person. It works with moving subjects, too. You can manually select a subject by tapping on the screen or tap twice to lock the iPhone’s attention on one person, Apple said.

Cinematic mode can change video after the fact, too. While editing video, you can narrow the depth of field to focus on a particular subject or deepen it so everything is in focus. And you redirect focus subjects in edit, too. It’s all possible because AI is actually doing the blurring, not real-world lenses as in traditional video.

Apple also added support for its high-end ProRes video format in the iPhone 13 Pro models. ProRes video is important for several reasons: It keeps more original video information than more aggressive compression technologies do, and shooting in ProRes means video is already in the format many video editors already like to work with, as my cinephile colleague Patrick Holland details.

All the new iPhones are powered by Apple’s A15 Bionic chip, which brings new image signal processing smarts for jobs like noise reduction and automatic tonal adjustments. The chip also has dedicated circuitry to accelerate ProRes video handling.

Another computational photography trick in the new iPhones is HDR 4, which independently adjusts lighting and tones for each face in the frame, Apple said.

The A15 also is key to a new feature called photographic styles for still images. It lets photographers select different combinations of  parameters like contrast and color temperature while composing a shot. The technology spots faces in photos and applies the look selectively. Photographers can choose from presets, then adjust settings to their liking.

Apple established a commanding lead in smartphone photography with its first iPhones but lost its edge as rivals like Samsung, Google and Huawei invested heavily in their own technology. Apple has kept competitive through steady improvements in camera hardware and, crucially, the accompanying software that processes several frames of raw data into a finished JPEG or HEIC photo file.

Though Apple has added wide-angle and telephoto cameras to expand creative options, its generally conservative approach has meant iPhones haven’t used pixel binning, which lets people take much higher resolution photos when the light is good, and “periscope” cameras that dramatically increase telephoto zoom factors. Google’s Pixel 6 Pro, coming later this year, has a 4x telephoto zoom camera option. Also missing from the new iPhones is 8K video, a very high resolution that gobbles up storage space and can only be viewed on expensive new TVs for now.

Instead, Apple has worked on software features like portrait mode for flattering photos of people, better performance in dim lighting and its ProRaw photo format for more advanced photography. The iPhone Pro models also will get Apple’s more advanced ProRes video format later this year. 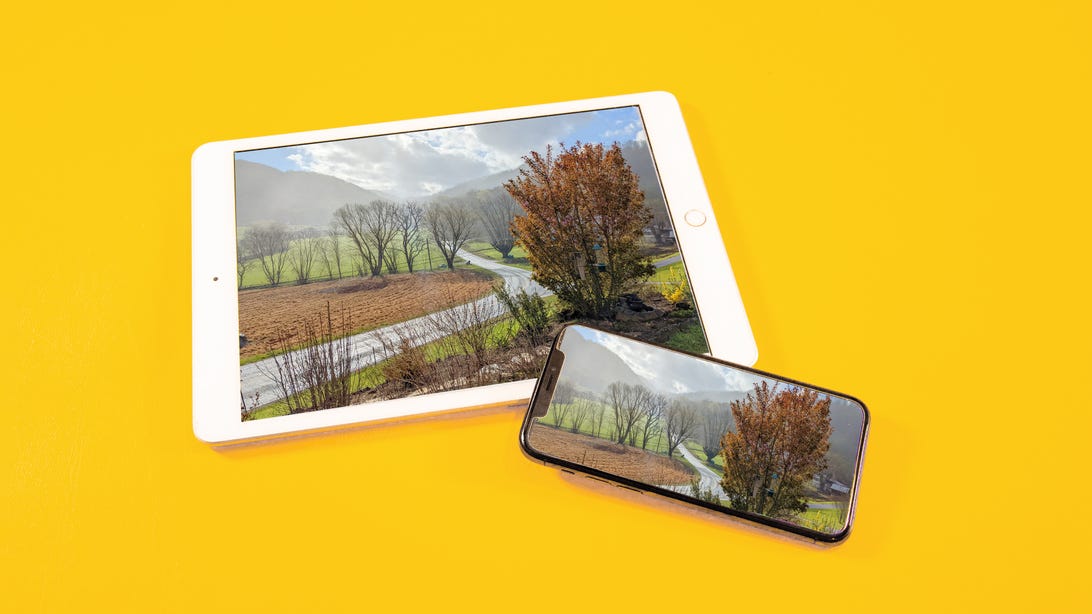