iPhone 14 early leaks, news and what we know so far 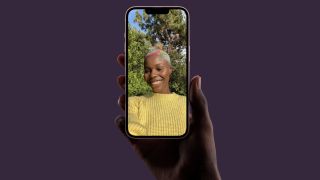 The iPhone 13 has only recently been unveiled but already we’ve heard quite a lot about the iPhone 14, Apple’s flagship phone expected in late 2022, with leakers revealing possible specs and even unofficial renders of the phone.

As such, we have a surprisingly clear picture of the form the iPhone 14 range might take – though this far from launch we’d be extra skeptical, as there’s plenty of time for things to change.

Below then you’ll find everything we’ve heard so far, including details about the potential release date and price. And as soon as we hear anything else about the iPhone 14 we’ll add it to this article, so make sure to check back here soon, as leaks are rolling in at a surprisingly rapid rate already.

There’s no news on when the iPhone 14 will be released yet, but we can take a very good guess at this, as Apple tends to announce new models around the same time each year, usually at a special event.

The iPhone 13 was unveiled on September 14, 2021, and it will ship on September 24. While we probably won’t see the iPhone 14 on those exact dates in 2022, Apple tends to unveil the new models on either the first or second Tuesday in September, which would mean either September 6 or September 13 next year.

Then they usually go up for pre-order the Friday of that week, meaning September 9 or 16, and ship the following Friday, so September 16 or 23.

Occasionally Apple will announce the phones on the first or second Wednesday instead, but around those dates seems very likely anyway. The iPhone 12 range was an exception to this, landing in October 2020, but that was thanks to delays and supply issues caused by Covid-19.

The biggest news on the iPhone 14’s design comes from one big leak, which includes unofficial renders of the iPhone 14 Pro Max.

You can see one of these below, and it includes a punch-hole camera instead of a notch, with the Face ID components presumably being under the screen. It also doesn’t really have a camera bump, with the lenses sitting almost flat on the back – a thing that is apparently achieved by making the phone thicker.

The back is a semi-glossy glass, the volume buttons are shown to be round, and it apparently has titanium sides, in place of stainless steel on the iPhone 13 Pro Max. You can also see that there’s still a triple-lens camera and a Lightning port.

The colors shown here aren’t official (though the source claims to have seen a rose gold model), and it’s worth also noting that this design is thought to only apply to the Pro models, with the iPhone 14 (and iPhone 14 Max if there is one) likely to still have a notch. It’s not currently clear which if any of the other design details here could make it to the standard models.

We would of course take this with a huge helping of salt, especially as it comes from Jon Prosser, who has a mixed track record. But he’s often right, and we’ve heard similar from another source (Ross Young).

Young has been talking about there being under-display Face ID in the iPhone 14 Pro range since June 2021, but doesn’t seem as sure it will happen as Prosser, adding in September that under-display Face ID is still being worked on and isn’t final yet – though saying that it’s apparently easier to achieve than an in-screen camera.

Elsewhere, we’ve heard that the Pro models could use a titanium alloy for their frame, matching with the leak above. This would likely be stronger than the materials used in current models, and this source also claims there will be an iPhone 14 Max in place of an iPhone 14 mini.

A leak has also suggested that all four iPhone 14 models could have 120Hz screens, but this is quite an old leak and is at odds with one above, so we’re not convinced by this.

And there’s also a patent for a technology that could make the iPhone screen stronger, without making it any thicker. That would be a nice addition, but patents often don’t turn into anything, so don’t count on seeing this.

So that doesn’t sound like much change from the iPhone 13 range, though the specifications of the lenses and sensors may well differ.

Indeed, Ming-Chi Kuo (an analyst with a great track record for Apple information) has claimed that the iPhone 14 Pro and Pro Max will each have a 48MP main camera, up from 12MP on the current models. This would apparently be capable of recording 8K video.

There are also rumors of a periscope camera in the works (for long range optical zoom), and we’ve even seen a patent supporting these claims. However, most sources suggest this is further out – probably landing on the iPhone 15 or later.

In terms of the battery, it sounds like there could be improvements there, with one source saying it will be larger in the next models, and another saying the phones will be thicker – which could leave room for a larger one.

One thing we’re almost certain of is that the iPhone 14 range will have a new chipset, probably called the A16 or the A16 Bionic. According to Ross Young, this would be made on a 4nm process, which suggests it could be a reasonable boost on the 5nm A15 Bionic in the iPhone 13 range.

Beyond that, some sources reckon we could see under-display Touch ID on the iPhone 14, though Mark Gurman (a leaker with a great track record for Apple information) has said that while Apple apparently tested this, the company is now all-in on Face ID, so it sounds like this probably won’t happen – and if it does, it’s likely to be as well as Face ID rather than instead.

What the iPhone 14 range is sure to include though is 5G support, while a patent suggests it might also have a new form of 3D Touch, which would use haptic feedback to make interactions more intuitive. But as with all patents we wouldn’t count on anything coming of this one.