Over the years, open-source content management system (CMS) Joomla has built its brand on a model-view-controller web application framework that can be used independently, and now holds a 4.9% share of the CMS market.

Joomla relies on its community of developers and volunteers to make the platform accessible globally, in order to power millions of websites.

With Zion Market Research reporting that the CMS market set to reach $123bn by 2026, Joomla dives into the nitty gritty of the sector so far and shares what’s to come with TechRadar Pro.

Joomla turned 16 a few weeks ago. How did the team celebrate?

That’s a really interesting question. For the first ten years Joomla didn’t even mark its birthday. Since then local Joomla User Groups have held parties and made cakes. One group in the Netherlands even made sushi with the Joomla logo running through it. This year the global pandemic pretty much killed any ideas – maybe next year?

Did you ever envision Joomla would still be around/that big 16 years later?

I would be telling a lie if I said that I even considered the question at the time. It would imply that we had a plan and a vision for the future. The reality was that it was much more a case of the proverbial scratching an itch.

“Every good work of software starts by scratching a developer’s personal itch. – Eric Raymond, The Cathedral and the Bazaar”

There is no great all encompassing vision or long term roadmap. While there is just one person who has a need for Joomla and there is someone for whom further development scratches their itch then Joomla will exist in some form or other. That’s probably the difference between Joomla as a 100% volunteer and other projects which have an economic interest.

The CMS is very much the poster child of the late 1990’s (postnuke, phpnuke etc) and yet they’re fundamental to the way we experience the web in 2021. Why is that the case? Why is that technology so resilient?

It’s funny that you mention the nukes. It’s because of the nukes that my interest in CMS first started. The nukes solved the problem of publishing your own content on the web but fundamentally they were about building a one-to-many relationship with the reader. Content wasn’t content on a nuke site without reader comments. They did one thing and they did it well.

I was looking for something similar and yet very different, the ability to publish information about the events and activities of a small non-profit organisation. The ability to comment on anything was absolutely not appropriate. It made no sense to me to use a nuke for the site and disable/delete the comment functionality – my time and effort would be better spent elsewhere.

It seems that I wasn’t alone in that thought and the rest is history. Blogging platforms have gradually moved into producing more uni-directional content and user interaction and commenting is now the home of social media. Sites and platforms that once had their own commenting system now work to integrate external comments, Facebook, twitter et al on their site.

Since the first caveman, humanity has had a desire to share thoughts and information. A website is no different to a cave painting in that aspect. A CMS just empowers you to present your thoughts and opinions without needing to know too much about the underlying technology.

Opinions are great but they are best kept to yourself – Leonardo didn’t put a comment box on the Mona Lisa, Michelangelo didn’t encourage graffiti on St Peter’s Basilica in Rome.

So it’s not the technology that’s resilient as such, it’s the natural need of people to be in control of what they present.

How has the CMS market evolved over the past two decades? What are the biggest changes you’ve witnessed?

Mobile is the biggest change in technology of the last 20 years without a doubt. Without it we wouldn’t have always-on connectivity or computing as a utility.

It is the advances in the mobile technology of the last two decades that have seen the greatest changes for the CMS. At first you needed to be able to offer an alternative mobile version of your site. Possibly on a m.example.com domain and certainly using smaller media assets if any at all.

Then as the speed of both mobile data and mobile processors increased there was no need for a CMS to manage two almost separate websites and instead we relied on responsive design principles to serve websites with appropriate media and designs.

Other trends have come and gone over the years but the fundamentals of CMS haven’t changed – the ability to quickly, easily and consistently add content to a website.

What differentiates Joomla from the rest of the competition from a technological and philosophical point of view?

From a technological point of view Joomla has always been ahead of the curve compared to many others. That’s not from any desire to be first to offer support for x but comes more from Joomla’s volunteer structure.

Developers want to work on “new stuff” and when everyone is a volunteer no one can make anyone work on something that they are not interested in. At the same time no one wants to reinvent the wheel and simply copy a feature from another CMS.

I’ve mentioned before that Joomla is 100% volunteer – perhaps it’s the largest organisation of this type. There is also no corporate backer or commercial offering which is also pretty unique.

At the beginning there were many software projects of a similar size that existed in this “hippy” ecosphere but today Joomla might be one of the last. This is something that personally I will fight very hard to maintain but everyday there are new pressures to change.

Version 4.0 launched on August 17th, what new features or improvements came with it? What direction will Joomla take from now on?

For many years we have talked about responsive web design – the ability to use a website on any device. What we haven’t talked about is responsible web design – the ability for everyone to use a web site equally. With Joomla 4 a huge effort has been made to improve accessibility. In German they use the word barrierfrei which translates as barrier free and that really describes what we have tried to do and what we will continue to do.

Joomla 4 will not magically make your website accessible. What Joomla 4 can do, and what we’ve been really working hard on, is to make sure that everyone is able to build a website with Joomla. That Joomla will not produce inaccessible code and that Joomla gives you the tools you need to ensure accessibility is part of the building process and not something done afterwards if at all.

So is Joomla 4 Barrier Free? Not yet and I don’t believe it can ever be. There will always be more to do, more barriers that we can remove and newer techniques and standards to adopt.

“Do the right thing. It will gratify some people and astonish the rest.” – Mark Twain

What is the future of Open Source Matters? Does open-source actually still matter?

Yeah maybe we got the name wrong there – it would have been more accurate to say “Free(dom) Software Matters”. 16 years ago there was little difference between being “open source” or “free”.

Today the majority of software for the internet is “open source” and to a lesser extent “free software”.

16 years ago adopting a non-proprietary model for software was a philosophical or some may say political decision. Today it has become the default.

A bicycle is great for taking you to the local shops for the newspaper but if you need to go to the supermarket then it’s going to need some modifications for carrying your shopping.

If the shop is just a bit further away then it’s doubtful that you can even make a big enough modification to take you there. The website builders I have looked at are exactly the same.

I am assuming that you are referring to software and not the people who build sites for others. They’re great at what they do – producing simple brochure websites that look nice. If you are happy with a cookie cutter creation that you can just create and forget then they’re perfect.

But if you want even a little bit more control and/or customisation then that is where you see their limitations.

Yahoo pulls out of China due to 'challenging' environment The company says it's committed to a free and open internet. 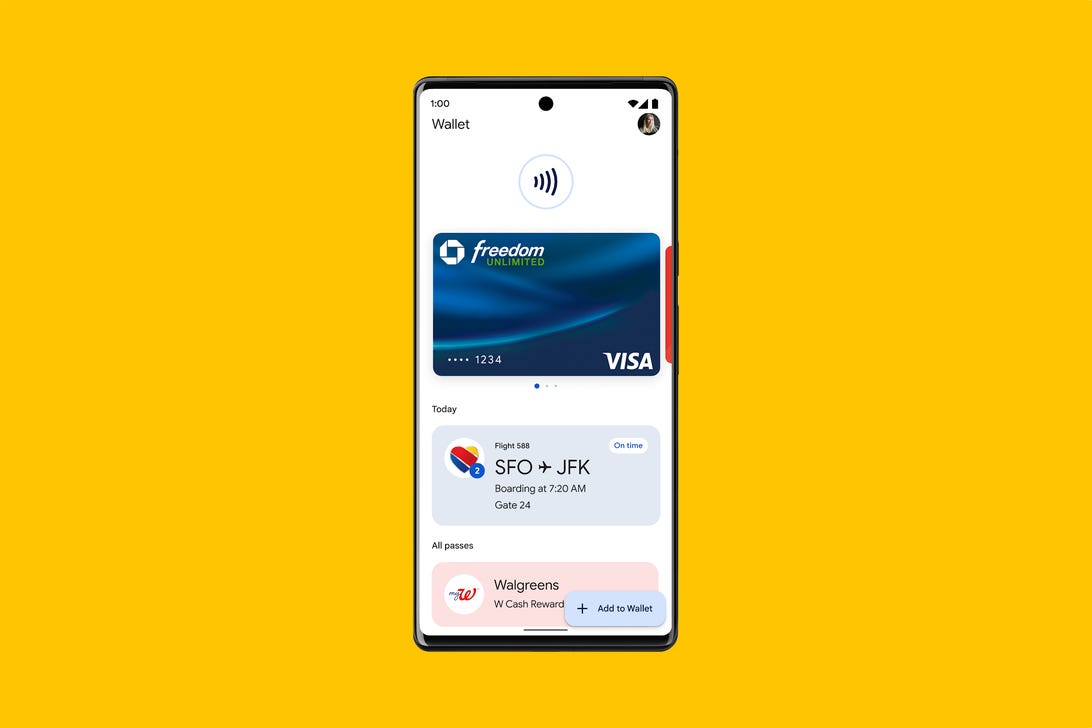 Android 13: Every New Feature Revealed at Google I/O Android 13 is coming this fall, and there are some improvements to look forward to.