Movie theaters aren’t the only place to see blockbusters in 2022. Streaming services can claim some wins this summer, too. Netflix had Stranger Things 4 in July, Disney Plus had Obi-Wan Kenobi in June and while both platforms have more to offer in the coming weeks, August is the time for HBO Max to roar. Why? Four words: House of the Dragon, the Game of Thrones prequel and arguably the most-anticipated show of the year.

Every month I give advice on which streaming services to cancel and which ones to keep, based on their new releases and current content mix. That’s because, in these difficult financial times, you may be thinking about canceling a few streaming service subscriptions. I’d like to offer my strategy: Churn like ice cream.

What does that mean? Subscribe for a period, cancel, choose a different service, then resubscribe, keeping your favorites in a rotation. Feel free to pick one or two must-haves for the year and treat additional streaming providers like seasonal add-ons. The upside is that you get to save money when Netflix, Disney Plus, HBO Max and others don’t have the content you want to watch at a given time. Just remember to shut off auto-renewal for your monthly subscriptions. Churning may not be an option if you’re sharing your accounts with people outside your household, but if you can work out an arrangement with your streaming clique, go for it.

Here are my recommendations for which streamers to keep or cancel for the month of August, based on new TV shows and movies (I didn’t consider sports and live TV streaming services) arriving on each platform. Of course your tastes may be different, but if nothing else, I urge you to at least consider the concept of churning for savings. It’s easier than you might think.

Read more: Stop Missing Out On New Episodes of Your Favorite Shows With These Apps

Keep the streaming going on these services in August

HBO Max: HBO Max holds the crown in more ways than one this month. As Westworld Season 4 ends on Aug. 14, the Game of Thrones prequel, House of the Dragon, ignites the Targaryen family saga on Aug. 21. You can spend some of your time streaming GoT (which, like House of the Dragon, will be available in 4K this month), bypassing those episodes or seasons you don’t want to re-watch. In addition to a ton of movies arriving on Max in August, The Princess, a new documentary about Princess Diana, debuts on Aug. 13. And remember: Harley Quinn season 3 is airing through August and into September.

Netflix: The most anticipated releases include season 1 of The Sandman, the adaptation of Neil Gaiman’s popular graphic novel series (Aug. 5). There’s also Rise of the Teenage Mutant Ninja Turtles: The Movie (Aug. 5); Riverdale season 6 (Aug. 7), the final season of Locke & Key (Aug. 10), Never Have I Ever season 3 (Aug. 12), Day Shift starring Jamie Foxx as a vampire hunter (Aug. 12), and the anime movie Full Metal Alchemist: The Revenge Scar (Aug. 20). And Kevin Hart and Mark Wahlberg team up in the comedy film, Me Time, which lands on Aug. 26.

Disney Plus: This service will be a must-have for many of you who have children, especially with Bluey season 3 arriving on Aug. 10. She-Hulk comes out on Aug. 17 with nine episodes that run into mid-October. Appearances from MCU heroes Wong and Daredevil may entice you to tune in now versus waiting to binge in October, but it’s up to you. On Aug. 10, I Am Groot arrives with five shorts. For Star Wars fans, Andor drops its two-episode premiere on Aug. 31, but you may as well watch in September or later. The show has 12 episodes for season 1.

See at Disney Plus

Starz: P-Valley ends season 2 on Aug. 14, so if you want to cancel after that, go for it. The biggest new Starz arrival is Power Book III: Raising Kanan Season 2, produced by 50 Cent, and if you’re prone to FOMO about missing the premiere on Aug. 14, keep it. The show’s 10 episodes will air into October, however, so the better value is to wait it out or pay for three months of Starz to watch it weekly — if you can find a deal. Starz is $9 per month after their $3 promo ended.

Rotate these streamers out for August

Hulu: Generally a keeper if you like network shows, Hulu typically gets at least one original each month. For August, Reservation Dogs’ 10-episode second season debuts on Aug. 3, and the Predator prequel Prey arrives on Aug. 5. If you’ve been keeping up with Only Murders in the Building, season 2’s finale airs on Aug. 23. The Mike Tyson miniseries, Mike, premieres on Aug. 25. If none of these float your boat or if you prefer to catch up on everything after all episodes are available, skip Hulu this month.

Prime Video: If you have a standalone Prime Video subscription, you can cancel it this month unless you want to see the A League of Their Own reboot series (Aug. 12) or Ron Howard’s Thirteen Lives movie (Aug. 5) about the Thai soccer team cave rescue. Those of us who have the streaming service included with our Prime membership may want to stream the titles above or Sylvester Stallone’s Samaritan (Aug. 20). Hip-hop fans interested in a behind-the-scenes look at Lil Baby can watch the documentary Untrapped: The Story of Lil Baby when it drops on Aug. 26 or wait until September to stream.

Apple TV Plus: Not much going on with Apple TV Plus. The streamer will drop its animated feature Luck on Aug. 5 and season 3 of See arrives on Aug. 26. Last month, we suggested waiting until August to binge every episode of For All Mankind. If you’re a fan, season 3 wraps on Aug. 12.

Peacock: While Tour de France and Love Island USA are currently streaming on Peacock, They/Them is the only new noteworthy release. The horror film stars Kevin Bacon as a preacher who runs a gay conversion therapy camp. If you’re not interested in these titles or new reality TV episodes, cancel or switch to a free account for August. Things should pick up for Peacock by the fall, however.

Paramount Plus: If Big Brother and the new Beavis and Butt-Head TV series (Aug. 4) aren’t beckoning you to the service, then you can put Paramount Plus on ice for now. For Evil fans who’ve been putting off your subscription until all season 3 episodes become available, you can sign up in mid-August to stream the entire season.

Save more money by waiting things out

If you’re not someone who routinely gets FOMO, then a smart method is to wait until the bulk or all episodes of your favorite series land on a platform. That way, rather than pay for a service for two or three months to cover the 6- to 10-week run of a show, you can catch up on everything by subscribing for one month. And then repeat the cycle again.

As an example, there are 12 episodes of Andor coming to Disney Plus. The finale airs in November, so all episodes of the show will be available to stream at that time. Though it premieres on Aug. 31 and continues throughout the fall, why pay for four months of Disney Plus when you can wait to watch it in full anytime in November? If this is the only series you want to watch during this period, it makes sense to be patient in the interest of saving money.

Think about how much you’re paying per month for each streaming service you have, and do the math. Netflix is $10 to $20, Disney Plus is anywhere from $3 to $8 depending on bundles, HBO Max costs $10 or $15, Hulu starts at $7 and Starz runs $9. The others have a base rate of $5 per month. Should you decide to churn, set yourself a calendar reminder to ping you when it’s time to re-subscribe or cancel. We’ll see you in September for another streaming breakdown. 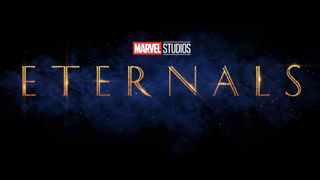 Marvel’s Eternals: release date, cast, trailer and what we know so far 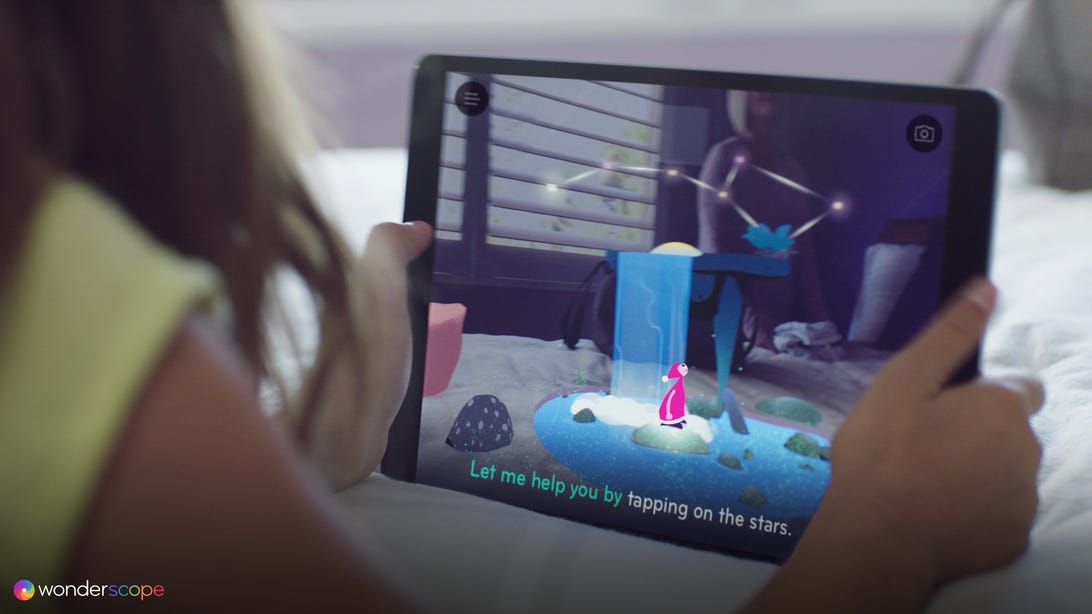 Apple doesn’t have an AR headset yet, but its AR toolkit is paving the way 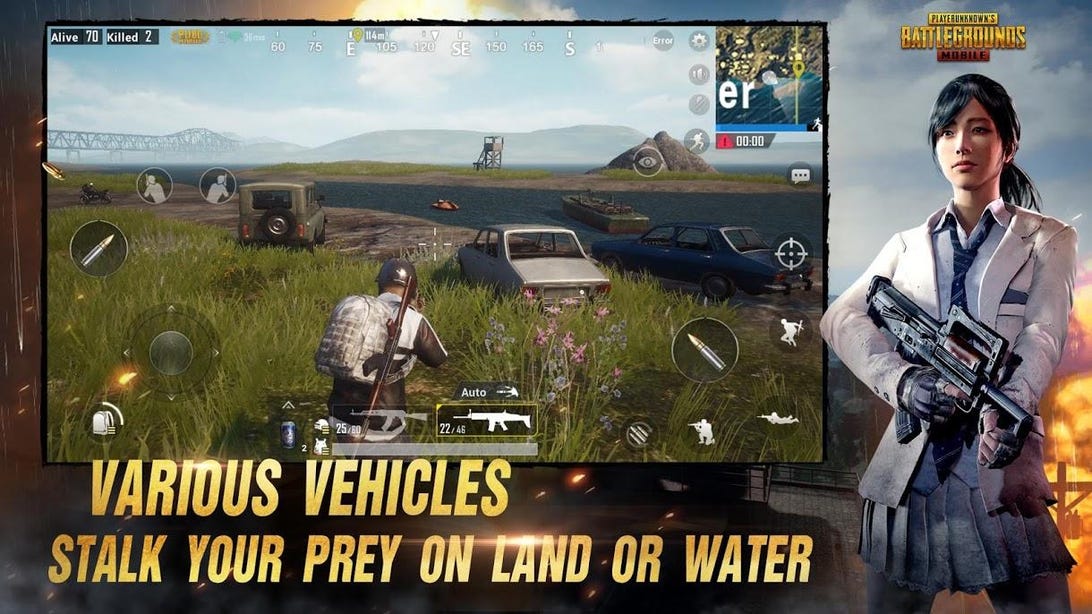