True horror fans know that Halloween season does not have a monopoly on the genre. Why wait until October to indulge in a slasher movie binge session or monster mashup? If you prefer to get your scary kicks in 12 months a year, there are streaming services that can meet your demand. You can take in all the John Carpenter, Wes Craven or Stanley Kubrick films that you want.

Instead of heading to the movie theater for every new release, you can watch horror movies right from the comfort of your couch — with or without peeking over your hand. Here are some of the best places to stream everything from zombie thrillers to supernatural encounters to monster attacks to iconic classics.

Worth the price for die-hard fans

If it’s an all-you-can-eat horror buffet you’re seeking, then Shudder is a great place to have your fill — and all of it is ad-free. Owned by AMC Networks, the niche streaming platform has more than 350 horror flicks in its library as well as TV series. Shudder offers a quality lineup of originals, classics, international gems and modern frights, including V/H/S/94, The Seed, Phantasm, Halloween, Children of the Corn and Train to Busan. Choose from aliens, slashers, vampires, hauntings, horror comedies and more.

You can sign up for Shudder as a stand-alone subscription for $6 per month, and it comes with a free seven-day trial. It is also included as part of the AMC Plus five-channel package, which runs $7, and Shudder is a Prime Video add-on channel that costs $6 monthly. A handful of titles are available on the Roku Channel for free, but you’ll need to pay to access the majority of Shudder’s library. We recommend downloading the Shudder app directly on your phone, tablet, FireTV device or smart TV.

Free access to a variety of old, popular and obscure movies

A free streaming service, Tubi offers way more than B-movie horror selections. With a dedicated category that houses 450-plus titles, including originals, famous franchises and retro favorites, you can scare yourself all day and night. You can find 1980s and ’90s cult hits like Puppet Master and Bride of Chucky alongside Annabelle: Creation, Insidious, Slender Man, 2022’s The Jack in the Box: Awakening and every Resident Evil movie.

Though Tubi is an ad-supported service, you can watch it on virtually any device. Register an account to access its entire catalog.

WarnerMedia’s streaming service grants you access to the Warner Bros. catalog and content from DC and HBO. On top of that, the app is sleek and easy to use on any device. If you love scary movies, there’s plenty to watch on HBO Max.

HBO Max’s selection ranges from older classics to newer horror releases, including Cat’s Eye, Poltergeist, American Psycho, The Shining, Blade, every It movie, M. Night Shyamalan’s Old, the Conjuring universe and the whole Final Destination collection. Slasher superstars Freddy Krueger, Jason Voorhees and Michael Myers are all represented, and there’s more light-hearted fare like Gremlins and the original Godzilla movies. HBO Max also has an easy-to-find horror collection where you can access groups of franchise films with one click, such as I Know What You Did Last Summer, Underworld and Mimic.

Just open the app and navigate to the horror section to start your binge-watching session. HBO Max costs $10 monthly (with ads) or $15 for the ad-free experience.

Admittedly, Crackle is sort of a B-movie paradise where you can stack your watchlist with films like Killer Mermaid, Malevolence 2, Return of the Scarecrow and Lake Placid: The Final Chapter. But the streaming service is free and also carries more mainstream titles like Resident Evil and An American Werewolf in Paris. And if you’re a fan of mutant monsters who wreak havoc, you’ll find multiple Sharktopus movies, giant spiders and piranhas. Crackle has films from the 1950s (like The Blob) up to 2021, and you can click through horror subgenres like comedy, action, mysteries or monsters for easier navigation.

Whether you own a Roku device or have the Roku Channel as a stand-alone app on another device, it’s easy to mine for thrills and chills. There’s a dedicated horror category where you can stream Roku Originals like The Stranger as well as titles such as Leviathan, The Colony, Horns and Flowers in the Attic. Within the Roku Channel, there are several “live” channels where you can watch scary movies around the clock, including Bloody Disgusting TV, FilmRise Horror and Horrorfy.

Prime Video has an abundance of movie titles, and its horror offerings include exclusive, original releases from Blumhouse, the production company known for projects like Get Out, Paranormal Activity, The Purge, Happy Death Day and Ma. In addition to streaming Amazon Originals like A House on the Bayou, Evil Eye and Suspiria, you can watch free movies on Freevee or other flicks like Mother! or The Hills Have Eyes that are included with your Prime membership. You also have the option to buy or rent the latest titles available on Prime Video. Catch 2022 films such as The Black Phone, Firestarter and The Cursed or rent media from years past like It: Chapter Two or Village of the Damned. Browse Prime Video’s rotating selection by clicking on the horror category, or check out our recommendations for the best scary flicks on the platform.

Houses a few blockbuster franchises along with classics

Paramount Plus may not be the first streamer to come to mind for horror, but it’s home to several popular franchises, including Scream, A Quiet Place and Paranormal Activity. You can stream every movie from each series.

But the service also has a few nostalgic classics in the vault like Invasion of the Body Snatchers, Carnival of Souls, Rosemary’s Baby, Pet Sematary, Night of the Living Dead and 1980’s Friday the 13th. Viewers will find roughly 200 scary movies on Paramount Plus, with many of them being recent releases. While Orphan and World War Z are among the familiar titles, there’s an assortment of lesser known films too. Paramount Plus is $5 for the ad-supported version.

Other services we tested

Of course Netflix has its share of engaging horror movies too, but we wanted to focus on services that are either free or have deep investments in the genre — like Shudder. We also looked at Peacock. The service is appealing because of its Universal Pictures and SyFy catalog, but its library is smaller than most with roughly 160 movies. But if you’re a Comcast Xfinity Flex or X1 customer you can get Peacock Premium for free, so take advantage of its offerings.

We also checked out Showtime and Starz. Though both services provide a solid roster of new and old frights, the price isn’t necessarily worth it when you can stream many of their titles on other services. However, HBO Max and Paramount Plus made the cut due to owning their own heavy franchise collections. HBO Max is also notable for its inclusion of animated and family-friendly scary movies.

Do suspense thrillers count in this horror streaming lineup?

No. Though horror includes subgenres like comedy (Shaun of the Dead), the paranormal, psychopathic killers and alien invasions, we didn’t count thrillers such as Black Swan and Joker for this category. Instead, this listing focuses on platforms with a variety of straightforward horror titles.

Which service has the most classic horror movies?

If you want to watch some films from past eras for free, your best bet is Tubi, but if you don’t mind paying for old-school creepiness, you should roll with Shudder.

Which service is best for blockbuster horror titles?

You’re bound to run into some big-name movies on virtually any streaming service, but when it comes to the most up-to-date blockbusters, expect to pay a premium. Services like Prime Video, HBO Max and Paramount Plus will typically offer the films after their theatrical runs for rent or with your paid subscription plan. 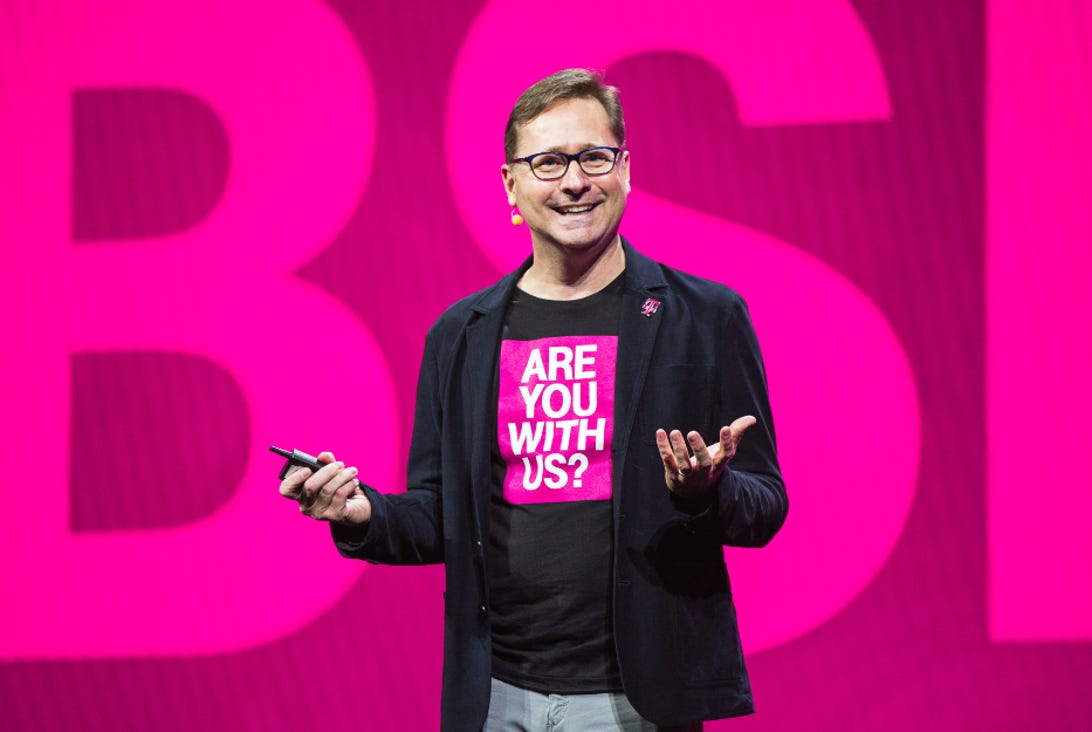 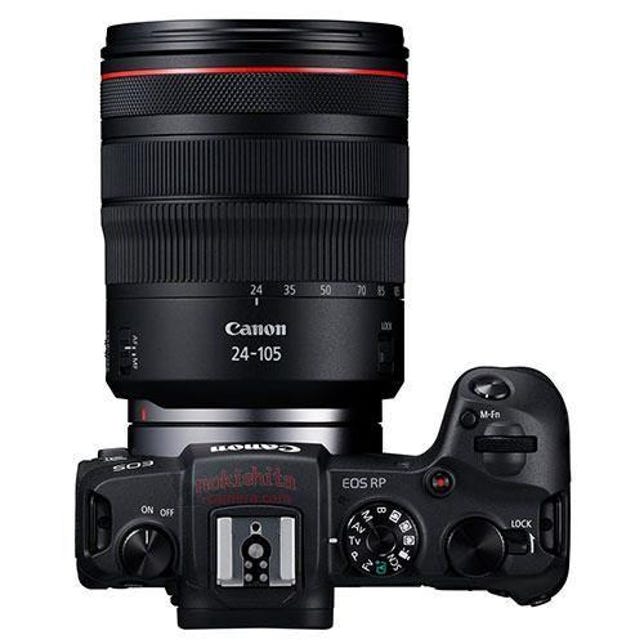 Canon EOS RP photos and specs may have leaked