Monday Night Football: How to Watch, Stream Eagles vs. Commanders Tonight Without Cable Philadelphia and Washington wrap up Week 10 tonight on ESPN. 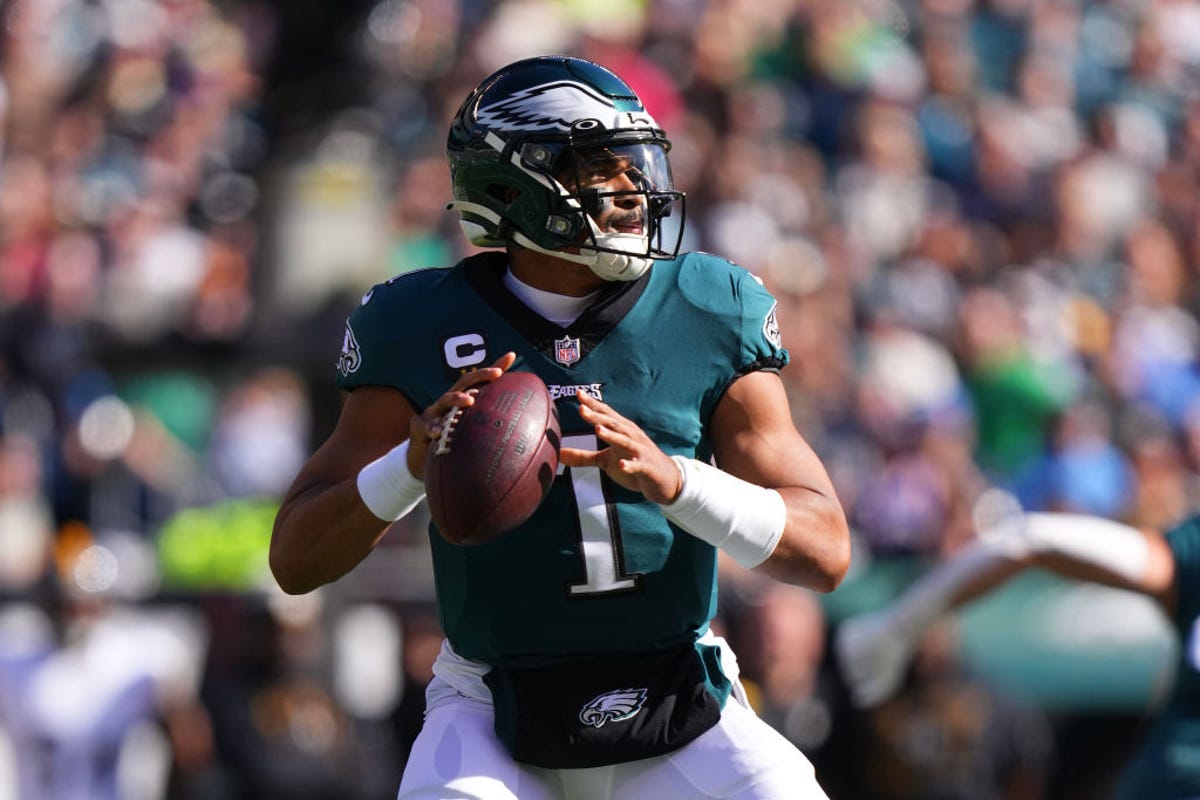 The 8-0 Eagles will put their undefeated record on the line tonight against the 4-5 Commanders on Monday Night Football. The team from Washington may be one game under .500, but it has won three of its last four games. Backup quarterback Taylor Heinicke has breathed some life into the offense the past few weeks, and top target Terry McLaurin continues to emerge as one of the best young receivers in the game. For Philly, quarterback Jalen Hurts is in the MVP conversation and leads an offense with no shortage of talent at the skill positions with wideouts A.J. Brown and DeVonta Smith, tight end Dallas Goedert and running back Miles Sanders. Kickoff in Philadelphia tonight is set for 8:15 p.m. ET (5:15 p.m. PT) on ESPN.

Looking for the Manning brothers? Peyton and Eli have the night off. The ManningCast will return in week 13 for the Saints-Buccaneers games.

And then there’s ESPN Plus, which had an exclusive game in Week 8 when the Broncos played the Jaguars in London.

Note: If you only subscribe to Sling’s Orange package you won’t be able to get RedZone in Sports Extra. Your base package needs to be either Sling Blue or its larger Sling Blue Plus Orange bundle for you to be able to get RedZone as an add-on. If you choose the latter, the Sports Extra add-on is $15 per month, as you also get additional channels such as the SEC Network, ACC Network and PAC 12 Network.