Bringing your own laptop, tablet or phone along while traveling internationally makes everything a lot easier.

You can serve as your own travel agent; scoping out activities, curating restaurants, making bookings and reservations and navigating unfamiliar areas. Plus, with some companies maintaining remote-work flexibility into 2022, you can work a bit while traveling so you don’t have to use up all your allotted time off for one trip.

But packing your tech isn’t as simple as stuffing it into your suitcase. You also need to find a way to keep it charged, connected to the internet, safe and easily accessible. On top of that, different regions use different types of electrical plugs and voltages; if you haven’t brought along the right adapter or converter, your tech is rendered useless.

I encountered these challenges in early May when I traveled from the US to the UK, tagging along with my partner on a business trip. We incorporated both work and leisure into our travels — a practice becoming increasingly common in the form of the digital nomad lifestyle. To keep our devices functional and secure, we relied on a number of tech accessories.

Here are the gadgets that enabled us to stay online during our international trip. For even more tips, check out this list of travel tech recommendations from CNET contributor Geoffrey Morrison, a seasoned traveler.

Before I purchased this handy little case, I would store my small electronics and wires by simply cramming them into my backpack. I’d have to dig around and pray I’d pluck the one I needed from the heaps of tangled chargers without having to dump everything out.

No more of that. Outfitted with pockets and zip-up compartments, the Thule Subterra PowerShuttle is perfectly suited for organizing small tech-adjacent doodads: AirPods, adapters, a webcam, small charging cables, spare earbuds and dongles.

One particularly helpful feature is a hidden cutout in the exterior pocket that allows a cord to pass through: You can stick a phone in that pocket for easy access while you charge it up using a powerbank you’ve placed inside the case.

If you have a larger assortment of chargers and long cables, upsize to the Subterra PowerShutte Plus or this double-layer option from Amazon.

Best for charging your phone on the go

This portable charger saved my iPhone’s arse on numerous occasions, adding hours and hours to its battery life. Though the chunky 5.9-inch unit (which weighs just under a pound) bogged down my backpack a bit, it certainly pulled its weight, refueling my phone’s weary battery while eliminating the need to duck into a cafe in search of an outlet.

While traveling, I needed to recharge my phone much more often than I’d expected to. I put a real strain on my iPhone’s battery, mapping out public transit routes, cueing up boarding passes, snapping photos, researching nearby attractions and food, scanning QR codes and religiously refreshing the West End’s virtual ticket booth for dirt-cheap last-minute seats. I’d gulp each time the battery icon turned red, only to recall the surplus of juice tucked right in my backpack. Then I’d plug my phone into the power bank, zip it away, and pull it out later to find its battery revived.

The power bank takes about two hours to charge my iPhone from empty to 100%. It has two USB-A ports, allowing two devices to charge simultaneously.

Best for taking your gadgets to multiple countries

Depending on where you’re traveling, you’ll likely encounter a few of the various electrical plugs and voltages used in different regions of the world. For that reason, Protégé’s budget-friendly set caught my eye. Not only does it contain adapters to fit different-shaped plugs, but it also includes a voltage converter.

Voltage converters are key because small appliances in North America are generally built to handle a 120-volt supply. Most other regions power their outlets with a much more powerful 220V or 240V supply: Plug an American curling iron into a British outlet and it will fry. A converter tames that intense voltage to 110-120V, a manageable current for North American appliances. (Some devices, like chargers for phones and laptops, are typically dual-voltage and support both standards out of the box.)

Offering adapters of four different varieties, Protégé promises compatibility with outlets in many countries throughout Asia, Europe, Africa, Oceania, and North and South America. Just plug your regular charger into your current location’s corresponding adapter, and you’ll be all set to use it like normal. Though the adapters feel cheap and plasticky, they seem to get the job done: The Type G plug helped power our three laptops over a 10-day trip to the UK without issue.

Here’s where I ran into trouble. When I read on the box that the converter could work with travel appliances between 50 to 1,875W, I thrust my beloved 1,400-watt Rowenta clothing steamer into my suitcase with hopes of easy dewrinkling in the hotel room. However, I failed to note a key word on the box’s instructions: travel appliances. When I tried to plug the steamer into the converter, the converter became searing hot, developed a strange smell and only powered the steamer for a few minutes at a time. Baffled, I checked the instruction manual, and there I read the converter was only built for steamers under 1,000 watts. Whoops — I’d overloaded it. Thankfully, the steamer survived, but it still felt like a close call.

Despite that, this is a useful, affordable pick, especially if you’re headed to multiple countries on one trip. Just make sure you’re prepared to use the voltage converter only for appliances with a low-enough wattage.

EyGde US to UK Plug Adapter

Best for plugging in multiple gadgets while abroad

While a multipart adapter set like the Protege is ideal for plugging in one device at a time across multiple regions, this seven-in-one adapter’s strength is the opposite: It’s excellent for plugging in multiple devices simultaneously within one region. This particular model is designed specifically to use in areas with Type G outlets, like the UK. (There’s another version for Type C outlets.)

The seven ports and outlets are efficiently placed, allowing the adapter to accommodate several plugs while remaining relatively compact. Three USB-A ports and one USB-C port are neatly lined up along the front panel, along with three AC outlets (one on each exposed side). While the adapter itself isn’t too big, the prongs stick out and don’t fold up — a minor annoyance while packing. Stuffing two of these into our carry-on was difficult.

I used it for my phone and to recharge a power bank. Other reviewers have said they used it for their headphones, CPAP machines and laptops. Remember, it’s not a voltage converter, so if you’re going to use it with appliances, make sure they’re dual-voltage or otherwise built to handle 220V to 240V. Also, note that the USB-C output (17W) isn’t strong enough to charge a MacBook, which needs more wattage. I learned that the hard way.

Best for keeping track of your tech

As one who habitually misplaces important items, I try to keep an eagle eye on my personal tech. So, when I bought a Tile tracker to test, I affixed it to the device I’d shed the most tears over losing: My 2020 M1 MacBook Pro. But I discovered I was duplicating an existing Mac feature. Apple’s robust Find My app would have let me track down the Mac from my iPhone, doing effectively the same thing as the Tile, but for free. This also would have been the case for a PC or an Android phone, thanks to similar tools from Microsoft and Google.

I’d still recommend getting some variety of Tile gadget for your tech valuables, though: Maybe you have a pair of headphones you treasure, or maybe you want to keep tabs on pricey accessories like chargers. And having a Tile on your phone or computer isn’t altogether useless. Since it’s hardware that’s separate from your device (unlike the Find My apps), the tracker works even if the device is shut off or out of battery.

I was especially impressed with the ease of Tile’s setup process. The app walked me through syncing with Bluetooth and turning on my phone’s necessary permissions. I could easily locate the tracker on the app’s map and trigger its loud beeping. The sticker stuck firmly onto my laptop case, and although the tracker weathered some scratches, it survived plenty of jostling around in my backpack.

If I were to go back and redo my initial purchase, I would have bought a variety pack: A Tile Slim for my wallet, a Sticker for my laptop charger, and a Mate for my keys. Another option for Apple devices is the Apple AirTag. It’s smaller and more advanced than Tile’s lineup, but while Tile lets you both track your phone using the tracker and track the tracker using your phone, the AirTag only allows for the latter. And it doesn’t work on Android. Tile, meanwhile, works with both iOS and Android.

Best for keeping your laptop safe

There’s no clear consensus on whether it’s truly a good idea to stick a case on a MacBook, as some speculate it weakens the display hinge. But I’ve advocated in favor of casing, provided you’re using a good-quality case that’s durable without adding too much bulk.

This hard shell from Incase checks all of the boxes. It’s sturdy, it’s light enough not to put pressure on the display, and, unlike a cheaper case I tested, it fits the laptop snugly with no awkward gaps.

Even as I shuttled my MacBook around airports and streets, I felt confident knowing it had a little extra buffering. The case brought me peace of mind when a thunderstorm caught us by surprise: The backpack was soaked through, but the computer itself was dry as can be.

I’m not saying the case would have protected the laptop if I’d, say, hurled it into the English Channel. But any protection from the elements will certainly do a computer some good.

Get a webcam, but not this one

So far, I’ve been able to recommend each of the devices I bought for this trip. I can’t say the same for this last one. In fact, I specifically un-recommend it.

For all their technological prowess, many high-end computers these days are burdened with shockingly low-quality built-in webcams. (Looking at you, MacBooks.) An external webcam can polish your onscreen appearance — helpful if you’re on a trip where you’ll be appearing on a lot of Zoom calls or recording yourself with your laptop.

But if you’re going to invest in a webcam, pick a different model than the one I tried out. This supposedly 1080p webcam degraded my Zoom image and audio quality from bad to worse.

The webcam makes the colors a little more flattering (or perhaps just more saturated), but it seems to replace the former image’s graininess with… blur. Not exactly an improvement. The autofocus was the worst offender here, despite being this model’s selling point: Even my slightest movements would trigger a dizzying refocusing process that often left me blurry in the end. The mic brought a tinny, crackly quality to my voice. I’ll probably throw this out — I’d prefer my Mac’s built-in hardware any day, subpar camera and all.

If you’re looking for a webcam that actually works, I’ll direct you to our list of the best webcams for 2022 and our guide for choosing between them.

For more travel advice, here’s the essential gear you’ll need to take better photos on vacation. Plus, check out our tips for making your travels more affordable in 2022. 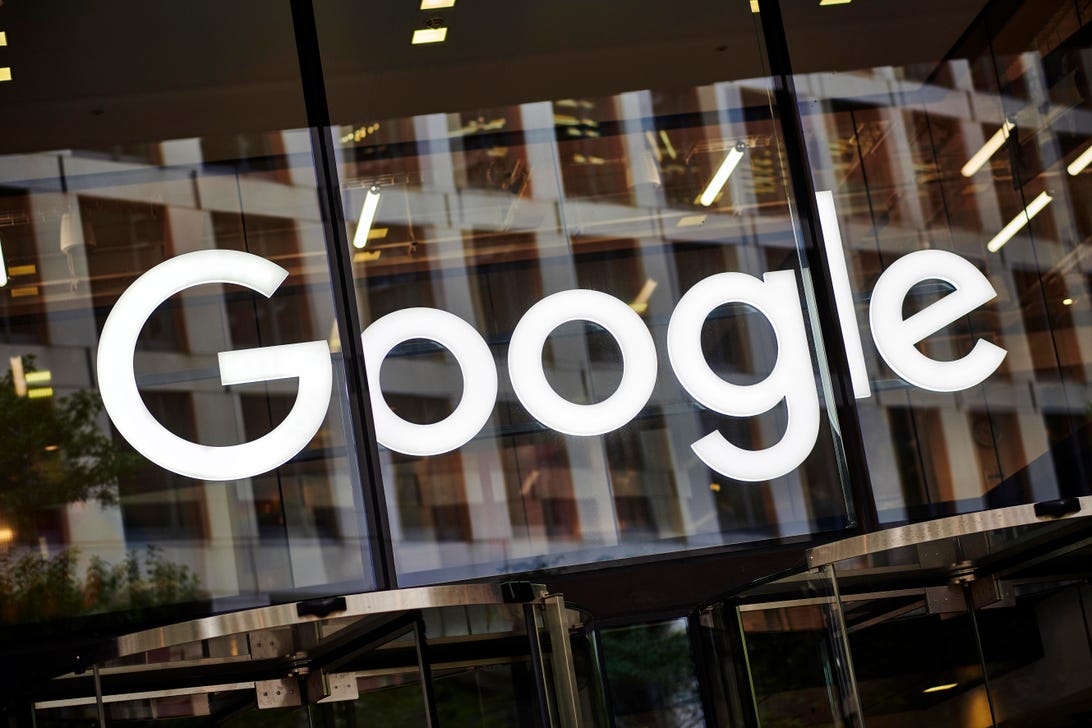 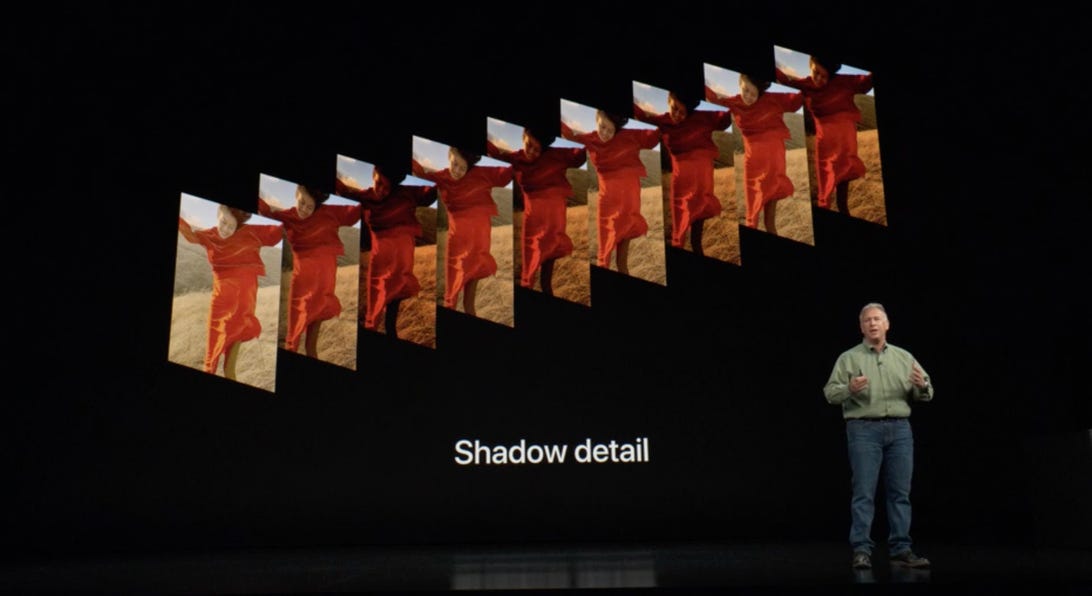 Google has secret webpages that feed your personal data to advertisers, report says