NFL 2022: How to Watch, Stream Rams vs. 49ers, ManningCast and Monday Night Football Without Cable NFC West rivals Los Angeles and San Francisco wrap up Week 4 tonight on ESPN. You can also watch the ManningCast on ESPN2. 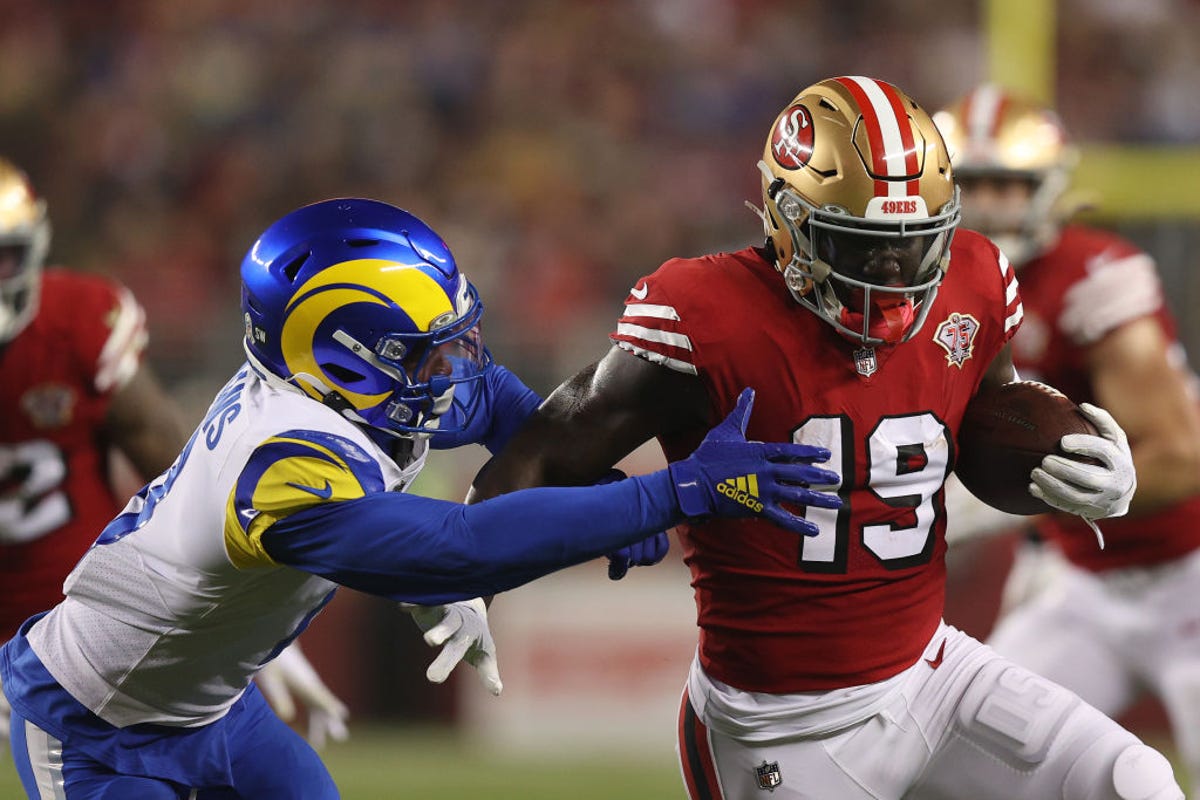 It’s SoCal versus NorCal tonight on Monday Night Football with the Los Angeles Rams heading up to San Francisco to take on the 49ers. These longtime NFC West rivals are a study in contrast beyond just geography, with the pass-heavy Rams relying on Matthew Stafford and Cooper Kupp to move the ball, while the 49ers prefer to keep it on the ground and hand the ball off to a revolving cast of running backs and do-it-all receiver Deebo Samuel, who has nearly as many yards rushing as receiving this year.

With a win tonight on the road, the Rams would move to 3-1 and retain sole possession of first place in the NFC West. A 49ers’ win would result in the entire division tied with a 2-2 record. The Rams and 49ers kick off tonight at 8:15 p.m. ET (5:15 p.m. PT) on ESPN. The Manning brothers are back again tonight with the ManningCast, their alternative broadcast on ESPN2. Brothers Peyton and Eli and assorted guests will call 10 Monday Night Football games this season, including the Rams-Niners game tonight.

Thursday Night games, starting with Week 2, will be available only on Amazon Prime Video. For millions of Amazon Prime subscribers, the Prime Video channel is already included at no extra cost. But if you’re not a subscriber, it might be worth it to shell out the $9 a month for the stand-alone TV service fee.