Obi-Wan Kenobi’s story will continue in a new series on Disney Plus. A Star Wars miniseries focused on Ewan McGregor’s Jedi-in-exile has now finished filming – and while Obi-Wan Kenobi doesn’t have an official release date, yet, we’re expecting to see the show land in 2022.

The Obi-Wan show is set between Episode 3: Revenge of the Sith and Episode 4: A New Hope. The big news is that the show will feature a rematch between Obi-Wan and his old Padawan, Anakin Skywalker – now known as Darth Vader. Little else is known about the plot, but the cast has been fully revealed, and we know the show is coming from The Mandalorian director Deborah Chow.

Here’s what we know about the Obi-Wan Kenobi series so far.

Release date: With filming complete as of September 2021 we’d expect to see Obi-Wan Kenobi land on Disney Plus at some point later in 2022. But it doesn’t have an official release date yet.

Story: Specifics haven’t been revealed yet, but we know it’s set 10 years after Revenge of the Sith and 9 years before A New Hope. We also know it will feature one heck of a rematch between Kenobi and Vader, his former Padawan.

Cast: Aside from Ewan McGregor and Hayden Christensen, returning actors to the Star Wars universe include Joel Edgerton and Bonnie Piesse (Owen and Beru Lars), along with a whole host of newcomers. Scroll down a little and we’ll outline the full cast for this show.

“I think it will not disappoint,” #Emmy winner Ewan McGregor of the upcoming #ObiWanKenobi series. https://t.co/mIawnJn2Ad pic.twitter.com/o2ePIy2DwwSeptember 20, 2021

Obi-Wan Kenobi began production in April 2021, and finished filming by September 2021 – that’s according to Ewan McGregor, who talked a little bit about the show during the Emmys. The series has no official release date yet, but we predict 2022 is when we’ll see the show, possibly towards the middle of next year.

Ewan McGregor will reprise his role as Obi-Wan Kenobi on-screen for the first time since 2005’s Revenge of the Sith (though he had brief voice cameos in The Force Awakens and The Rise of Skywalker). As confirmed at Disney’s Investor Day in December 2020, Anakin Skywalker actor Hayden Christensen will be joining him as Darth Vader.

In April 2021, the full cast for the show was revealed. Joel Edgerton and Bonnie Piesse are confirmed for this series, so we expect them to reprise their Attack of the Clones and Revenge of the Sith roles as (Uncle) Owen and (Aunt) Beru Lars – the couple who raised Luke Skywalker after Obi-Wan left the infant on Tatooine.

Another as-yet-unknown character will be played by PEN15 and Scoob! actor Maya Erskine. Deadline say Erskine will have a supporting role for at least three episodes – half of the TV show’s rumored six-episode story arc – so Erskine’s character may have a prominent role in proceedings.

Venturing into the realms of speculation, there’s a good chance some familiar Star Wars characters might enter Obi-Wan Kenobi’s orbit in the new Disney Plus series.

The biggest name who may be in line for a return is Luke Skywalker. Luke would be around 10 years old at the time the Obi-Wan Kenobi TV show is set, and it would be weird if he wasn’t part of the mix. After all, Luke already knows “Old Ben” at the start of A New Hope, and the whole reason for Kenobi’s extended stay in Tatooine’s Jundland Wastes was keeping an eye on the son of Skywalker.

When asked if he was doing screen tests with young actors vying to play Luke, McGregor said “that’s very possible”, before following up with a non-committal, “I don’t know”.

At this point in the timeline, Yoda is alive on Dagobah. As far as they know, Yoda and Obi-Wan are the only two Jedi who survived the Emperor’s Order 66 purge, so they may use the Force to make contact with each other. That could mean Frank Oz reprising a voice role he first played in The Empire Strikes Back in 1980.

Wherever Darth Vader goes, Emperor Palpatine can’t be far away, so we may see more from the wonderful Ian McDiarmid.

And (former Darth) Maul (Ray Park) is still at large in the era the Obi-Wan Kenobi TV show takes place – Solo: A Star Wars Story, set around the same time, revealed that Palpatine’s former apprentice had taken control of the Crimson Dawn crime syndicate – so don’t be surprised if he crosses paths with the man who sliced him in two in The Phantom Menace. (Throughout Star Wars: The Clone Wars, Maul was obsessed with having his revenge on Kenobi, and they ended up facing each other for a final time in Star Wars Rebels, set around five years after the Obi-Wan show.)

A photo posted by on

There could also be a way back for Obi-Wan’s old Master, Qui-Gon Jinn, even though he was killed by Maul in The Phantom Menace.

At the end of Revenge of the Sith, Yoda told Obi-Wan that he’d been communing with Qui-Gon, who’d discovered a way to retain his consciousness after death. “In your solitude on Tatooine, training I have for you,” said Yoda. “An old friend has learned the path to immortality. One who has returned from the netherworld of the Force. Your old Master. How to commune with him I will teach you.”

It seems unlikely that a franchise as fond of callbacks as Star Wars would miss the opportunity to pick up this particular plot thread. The question is, will Liam Neeson reprise the role? It wouldn’t be the first time – he voiced Qui-Gon in episodes of Star Wars: The Clone Wars and Star Wars Rebels – but the actor denied he was going to appear in an interview with Jimmy Kimmel in June 2021 (via Entertainment Weekly).

“I heard Ewan McGregor was gonna do a series,” said Neeson when Kimmel asked about his involvement. “No, I don’t think so. No, I haven’t been approached. [Disney] don’t have enough money!”

Of course, Neeson wouldn’t be the first star of a major franchise to be economical with the truth regarding their involvement in an upcoming project – and besides, Disney are hardly short of cash.

In other words, don’t be surprised if Neeson dons the Jedi robes once again when the Obi-Wan Kenobi TV show lands on Disney Plus.

When is Obi-Wan Kenobi set?

According to StarWars.com, Obi-Wan Kenobi is set 10 years after Revenge of the Sith, and therefore nine years before A New Hope – around the same time as the events of Solo: A Star Wars Story play out. At the end of Episode III, Obi-Wan defeated Anakin Skywalker in battle and left him to burn on the planet of Mustafar. Anakin’s body was retrieved by Emperor Palpatine, and he was transformed into Darth Vader, beginning his reign of terror over the galaxy.

Obi-Wan, meanwhile, worked with with Yoda and Senator Bail Organa, to hide Anakin and Padmé’s children, Luke and Leia Skywalker. He took Luke to his Uncle Owen and Aunt Beru on Tatooine, and began his new life on the desert planet as a Jedi in exile.

As far as we know, before this series starts, Obi-Wan has simply been hiding out on Tatooine for the last decade.

Obi-Wan Kenobi trailer: is there one?

There’s no official trailer for the Obi-Wan Kenobi series yet. The closest thing that exists is the short featurette on the show displayed exclusively to investors and press during Disney’s Investor Day in 2020.

TechRadar has seen this footage, but like everyone, we only had the opportunity to watch it once and weren’t allowed to screengrab anything – the most notable element we can recall is a very cool piece of concept art that showed Obi-Wan and Darth Vader in a lightsaber battle.

Otherwise, it was a fairly simple promo video for the show featuring McGregor, and was pretty similar in format to the Andor video released during the same event.

Obi-Wan Kenobi story: what’s it about?

The series will begin on Tatooine, before taking its main character on an adventure, as revealed during the Investor Day video mentioned above.

A recent set photo leak, which you can see below courtesy of Twitter user Noah Outlaw, appear to show the Lars homestead being constructed ahead of filming, too. This won’t be huge news, what with the series taking place on Tatooine, but seemingly confirms that we’ll get scenes of Obi-Wan physically watching over the Lars and young Luke Skywalker.

We know the series will feature what Lucasfilm president Kathleen Kennedy has described as “the rematch of the century”, as Darth Vader and Obi-Wan Kenobi face off once again – this sounds like the big moment of the show, but how that will come to pass is a mystery.

In introducing the series, Kennedy focussed on the downfall of Anakin as Obi-Wan’s greatest defeat – we’d expect this series to see the ageing Jedi Master come to terms with this on some level. We can expect that the Skywalkers will feature prominently in the story, then.

Obi-Wan will seemingly be given a reason to leave Tatooine – one of the other pieces of concept art shown during the featurette teased some kind of water-based planet.

This makes sense in the context of the wider Star Wars canon. Kenobi would surely do anything to avoid revealing where he was hiding out, not least because it could potentially reveal Luke’s existence. And if Vader and Obi-Wan Kenobi face off on a water planet, there’d be some neat symmetry with Anakin’s fall on the volcanic world of Mustafar.

In August 2021, the Star Wars News Network claimed to have the first concept art image of Christensen playing Vader – showing the Sith lord covered in scars and wearing breathing apparatus.

The Obi-Wan Kenobi series has a weirdly long history

The Obi-Wan Kenobi series reportedly began life as a movie back in 2017, with Billy Elliot director Stephen Daldry in early talks to make it. The project was subsequently abandoned, presumably in the wake of the poor box office performance of Solo: A Star Wars Story.

In 2019, it was confirmed that an Obi-Wan Kenobi series was in the works, and was expected to start shooting in 2020. Writer Hossein Amini (Drive) was attached to write the show – by January 2020, it was reported he’d departed the project. In April 2020, John Wick 3 writer Joby Harold apparently became the series’ new writer.

Finally, after a long wait, the series has reached the point where it’s actually filming – in the capable hands of The Mandalorian director Deborah Chow.

What we want from the Obi-Wan series on Disney Plus

The Star Wars prequels remain contentious more than 15 years after George Lucas wrapped the movies up. Some of the commentary on the films from younger viewers suggests there’s a generational divide on opinion around the prequels, probably helped by the well-received animated series The Clone Wars.

For us, though, they never truly lived up to the promise of telling Darth Vader’s true origin story, or making the Clone Wars seem all that interesting.

Still, this series is an opportunity to build on the latent potential of the prequel setting – and to add extra dimensions to the relationship between Anakin and Obi-Wan. Salvaging the reputation of the films is probably too big an ask from this show, but continuing the story and finding something new to say about the characters is appealing. And whatever you think of the end result, McGregor was a consistent highlight of the three movies.

If nothing else, the lightsaber battle on Mustafar was the most visually spectacular part of Episode III – if this truly is the rematch of the century, as Lucasfilm has been teasing, will we see the Obi-Wan Kenobi series try and top that? Let’s hope so. 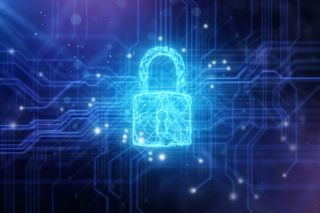 How cyber resilience will reshape cybersecurity