Online scams targeting veterans and active duty members. Here’s how to protect yourself. 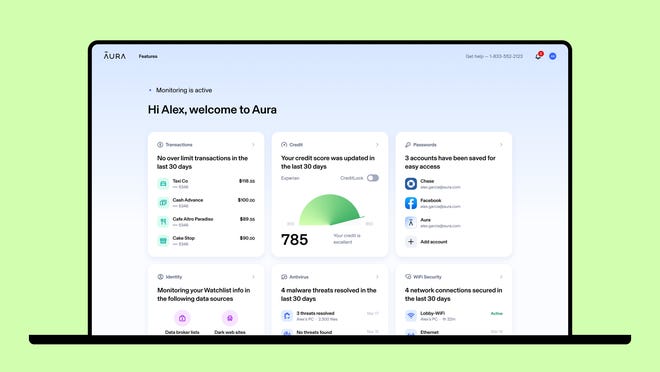 Rather than honoring the sacrifices made by active-duty service members, veterans and their families, cybercriminals are increasingly targeting them.

Seven in 10 military vets and active-duty service members have been a victim of at least one digital crime, according to a recent poll conducted by consumer cybersecurity company Aura, in conjunction with Ipsos, to be published on November 11, Veterans Day.

Data from the Federal Trade Commission (FTC) supports these findings. Veterans, active-duty service members and their families are at a “higher risk” of fraud and identity theft than other U.S. adults.

As reported by AARP, individual victims within the military community reported losing more money than their civilian counterparts, with a median loss of $600, compared to $500 for civilians.

Fraud alerts:Man who lied about being a millionaire, Navy SEAL stole up to $1.5M in romance scam, DOJ says

Veterans are more concerned with digital crime than “traditional” crimes, such as mugging and home invasions, found Aura.

“I’m not surprised but continuously dismayed to see the fraudsters see men and women, who choose to put their life on the line to serve and fight for freedoms for others, as targets,” says Theresa Payton, renowned cybersecurity expert who served as the first female White House chief information officer (2006-08), and CEO and founder of Fortalice Solutions, a cybersecurity and business intelligence operations company.

“Fraudsters read the news and know which units are deployed and take advantage of that, often going to past treasure troves of data breaches, looking for email accounts of military personnel, and so they can customize the target to the individual and/or their families,” Payton adds, in a telephone interview with USA TODAY.

Along with being a “proud U.S. Navy veteran’s wife,” Payton, who also starred on the reality TV series “Hunted,” says she is the daughter and granddaughter of veterans who served in the Marine Corps, one of the reasons she donates her time, and books, while speaking at military bases.

“There are a few key reasons why veterans and active-duty members are at a higher risk of cybercrime and identity theft, including [fraudsters’] access to government information and military benefits, difficulty in monitoring accounts while deployed, frequent relocation, and publicized data breaches that have exposed their personal information,” Ravichandran said.

“But this is a problem that affects all Americans. Nearly seven billion dollars was lost by Americans to digital crime in 2021, and that number is only expected to grow,” adds Ravichandran, in an email interview with USA TODAY.

How to fight back against cybercrime? A few “call to action” suggestions for veterans, active military personnel and their families.

Whether it’s an email, text message or phone call, be suspicious of anyone reaching out to ask for anything, often with a sense of urgency.

“Typically, the red flag is something you have to do immediately, like click on a link, or else something bad will happen,” says Payton. “Banks and credit unions will never reach out to you and say ‘if you don’t do this, you’re going to lose all your money.'”

If unsure, contact the institution from a phone number you already have – and not one provided in the message you received.

“Be on the lookout for anyone claiming to be from the VA or other government agencies,” adds Ravichandran. “Government agencies of any kind will never threaten you or pressure you to send information or money.”

“Be wary of phone calls especially,” continues Ravichandran, “as the government will not typically call unless you’ve asked them to.”

Spread the word about these cyber risks to those more vulnerable, such as elderly family members or friends, or those who aren’t tech savvy.

Elder fraud is real. Tell your parents, grandparents and friends about these scams

Freeze credit, or set up alerts

While it can be inconvenient to freeze credit, it’s a great way to prevent cybercriminals from opening credit cards, taking out a mortgage or other loans in your name.

While credit freezes do not prevent attackers from stealing your identity, they do prevent the criminal from using it to access and steal credit.

“Even if you’re on a short-term assignment, such as two-week training mission, and you don’t want to do a permanent freeze, you can reach out to your bank or credit union and credit card companies, credit bureaus and ask for an active-duty alert,” suggests Payton.

An active-duty alert is free and lasts for one year, plus the service member’s name is removed from pre-screened credit card or insurance offers for two years.

“The email accounts you use on social media should not be the same ones you have tied to your bank accounts, healthcare information or any confidential conversations you may be having, such as overseas correspondence,” urges Payton.

This is because these publicly accessible email accounts can be easily harvested using free marketing tools, and then used to target you and your loved ones by cybercriminals.

Payton suggests using an encrypted email platform like Proton Mail, a “privacy-first” solution, and says the same advice applies to your phone number: Use a separate number for personal use than you do for anything tied to finances.

You can get a free secondary phone number on your existing smartphone from TextNow, Google Voice or Talkatone.

Use complex and different passwords for each of your online accounts. A secure password uses multiple digits and a mix of upper- and lower-case letters, along with special characters (such as &, $ and *). Don’t use your kid’s or pet’s name, a hometown or your birthdate.

Opt for “multifactor authentication,” which means you not only need a password or passcode (or biometrics logon, like a fingerprint of facial scan) to confirm it’s you with online accounts, but also a one-time code you’ll receive on your mobile phone to type in.

Just as you wouldn’t leave the front door to your home unlocked, you shouldn’t let your devices and data be vulnerable to attacks, whether it’s a virus or other malicious software (“malware”) that sneaks onto your device or caused by being tricked into giving out sensitive information.

“If you’re aware or suspect you or your family has been a victim of a data breach, take it seriously,” says Ravichandran. “Look to see what information has been breached, be it your password, credit card information, or social security number, and once you know what information might be at risk, take necessary steps to remediate like changing your passwords or updating financial information, which Aura can help guide you through.”