Google’s new $449 Pixel 6A and $429 iPhone SE are both have a lot to offer for under $500. Google’s new phone launches on July 28 and packs many of the Pixel 6‘s best attributes, including its two-tone design, Tensor chip and photography features. However, the 6A has a smaller screen, lower resolution camera and lacks wireless charging compared to the Pixel 6. Apple’s iPhone SE debuted in March and has the same processor that powers the iPhone 13. But it’s packed into the body of the 4-year-old iPhone 8.

Google and Apple take similar yet different approaches to their more affordable phones. The Pixel 6A is essentially a smaller and cheaper Pixel 6, while the iPhone SE is better suited for those who prefer classic iPhone models with smaller screens. Which one is right for you largely comes down to whether you prefer iOS or Android. Otherwise, the biggest factors to consider are screen size, camera quality and battery life.

We’ve now given both phones a full review, but here we’d like to compare Google’s cheaper Pixel directly with the 2022 iPhone SE based on what we know so far.

The Pixel 6A has a much bigger screen

Among the biggest differences between the Pixel 6A and iPhone SE is their size. Google’s new phone has a 6.1-inch display, making it roughly the same size as the iPhone 13. The iPhone SE looks almost identical to the iPhone 8, including a smaller 4.7-inch screen. That might make it a better option for people upgrading from an older device who don’t want to sacrifice the Touch ID home button.

But it’s not just about size. The Pixel 6A has a more modern design with a nearly borderless screen and fingerprint sensor located under the display. Some people might prefer that newer aesthetic over the iPhone SE’s retro look and feel. Google’s phone also has an OLED display panel, which typically offers bolder color and contrast than LCD screens like the one found on the iPhone SE.

Both phones have the newest processors

While there are differences between the iPhone SE and Pixel 6A, they do have something in common: Both phones are powered by their makers’ latest processors. The iPhone SE has Apple’s A15 Bionic inside, while the Pixel 6A will have Google’s Tensor chip, the company’s first in-house mobile processor.

In both cases, you’ll get fast performance and features you won’t find on phones made by other companies. Google’s Tensor chip, for example, enables Pixel-specific photography features like Magic Eraser, which lets you remove unwanted objects, and Real Tone for portraying skin tones more accurately. The iPhone SE, meanwhile, has certain iOS features that aren’t available on older iPhones with aging processors, like Photographic Styles and spatial audio in FaceTime.

The Pixel 6A has an extra camera

Google’s new phone offers more flexibility when taking photos thanks to its secondary ultrawide camera. The iPhone SE’s single-lens camera performs well, but its lack of an ultrawide lens means your field of view will be more limited than the Pixel 6A’s.

It’s difficult to make predictions about photo quality based on specs alone. Image-processing algorithms also play a huge role in the resulting photos you see when snapping a picture. Based on my own anecdotal experience from testing smartphones over the past decade, both Google and Apple tend to process photos in ways that make them look natural yet colorful.

But there are a couple of conclusions that can be drawn from the Pixel 6A and iPhone SE’s camera specs. The Pixel 6A’s ultrawide lens means you’ll have the option of capturing photos from a broader perspective than with the iPhone SE, which might be useful if you often take group shots or landscape photos. The Pixel 6A can also zoom up to seven times digitally, while the iPhone SE has a 5x digital zoom, making it a better choice for close-ups.

The Pixel 6A might have longer battery life, but lacks wireless charging

Google claims the Pixel 6A should last for more than 24 hours on a single charge, while Apple says the iPhone SE should last for up to 15 hours when playing back video. But that’s not an apples-to-apples comparison, so it’ll be difficult to tell how they stack up until we can test the Pixel 6A. In CNET’s testing, the new iPhone SE had no problem making it through a full day on a single charge. We’ll have to see if the Pixel 6A lives up to Google’s claims.

Both phones support wired fast-charging, although you’ll have to purchase the power adapter separately. But unlike the iPhone SE, you won’t be able to wirelessly charge the Pixel 6A. It’s one of the few compromises Google made to keep the Pixel 6A competitively priced, and it is in line with previous A-series Pixel phones. Wireless charging probably isn’t a deal-breaker for most people. But if you already own a wireless charger, it’s worth considering.

Software updates and other details

Both phones should receive software updates for several years. Google says the Pixel 6A will get roughly three years of Android operating system updates and five years of Pixel updates — which includes security updates and likely Pixel feature drops, too. Apple doesn’t typically share a specific time limit for software support. Its latest iOS 15 software works on phones as old as the iPhone 6S and 6S Plus (which launched in 2015), although some features require newer devices. Still, Apple’s track record suggests the current iPhone SE has a long life ahead of it.

One major advantage the Pixel 6A has over the iPhone SE is its storage capacity. You’ll get 128GB of storage with Google’s new phone, while the least expensive iPhone SE only has 64GB of space. You’ll have to spend $479 to get the 128GB iPhone SE. Neither phone supports expandable storage, so that’s the limit.

Both phones are rated for IP67 water resistance, which means they should be able to withstand submersion in up to 1 meter of water for 30 minutes, according to Apple’s website. Both phones also support 5G.

The Pixel 6A and iPhone SE both provide a lot of value, but in different ways. Apple’s phone is best for longtime iPhone users looking for the most affordable device Apple has to offer: The iPhone SE’s Touch ID home button and small size also make it ideal for those upgrading from a legacy iPhone who don’t want to learn how to use a new device, and old phone cases should work with it too. But the Pixel 6A has many of the features found on modern smartphones that could give it some important advantages over the iPhone SE. Such characteristics include a dual-lens camera, a larger screen with a nearly borderless display, an under-display fingerprint sensor and more storage.

Check out the table below for more details about how the Pixel 6A and iPhone SE stack up.

Share Your Outlook Calendar With Co-Workers: 6 Quick Steps for an Easier Workday Here's how to share your Outlook calendar on your desktop, laptop and iPhone or Android device. How to use the new iPad Pro with an external monitor 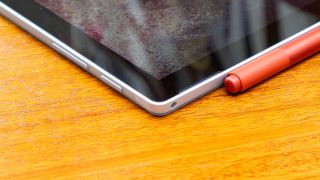