The Google Pixel 6 is a budget-friendly smartphone option that doesn’t skimp on function just because it comes at a decent price. It has a lot of great features, including a powerful camera, a large display and a long-lasting battery. Plus, it runs the latest version of Android, making it a great choice for anyone looking to upgrade their current device.

With a starting price of $499, Amazon has some major deals on Google’s Pixel 6 ahead of Prime Day, which will kick off July 12. If you want to get your hands on one of the best Android phones money can buy, snag a Pixel 6 while they are on sale for $100 less than the list price.

Score the best price with CNET Shopping this Prime Day.

Two sizes and colors are available as part of this deal, with the 128GB version going for $499 and the 256GB model for $599. In terms of design, power, features and performance, this phone is a vast improvement over the Pixel 5.

The 6.4-inch display is made of tough Corning Gorilla Glass Victus, which will keep your phone protected. It’s also IP68-rated to protect against water and dust. Plus there is new and improved camera hardware, including a 50 megapixel wide rear camera that captures 150% more light than its predecessor, as well as Google’s own processor, the Tensor chip.

It has a long battery life that adapts to you and saves power for the apps you use the most while you’re on the go. And when you use a Google 30-watt USB-C charger plugged into a wall socket, you can take advantage of fast charging.

Another cool feature is Live Translate, which helps you translate video captions, private chats and messages and more in up to 55 languages right on your cell phone without the need for any apps or even internet access.

And each phone in this sale is unlocked, meaning you can choose the data plan and carrier that work for you. 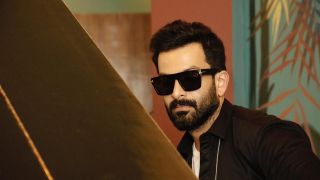 Trailer of Prithviraj’s Bhramam drops: But will another remake of Andhadhun work? Netflix takes first stab at mobile gaming in its Android app, but only in Poland 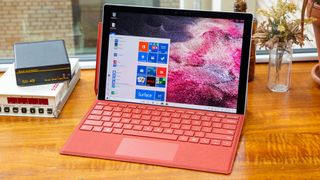 Surface Pro 8 rumors, specs and price: everything we want to see