Prepare for a shock: There are stores other than Amazon! I know, right? So while I’m sure you’re closely following my frequently updated top Prime Day picks of 2018, I thought I’d mention a couple deals happening elsewhere.

Starting with this: For a limited time, and while supplies last, Newegg has the MSI Vortex G65VR gaming desktop PC for $899.99 shipped. That’s a full 50 percent off the regular price — and other configurations in this line sell for over $2,000.

Aside from the low price, two things stand out about the G65VR. First, everything is shoehorned into a compact, custom tower, one that’s small enough to sit atop a desk rather than beneath it. The case stands a seemingly impossible 11 inches tall. (It also looks pretty slick, all grey-metallic with glowing red trim — like something out of “Battlestar Galactica.”)

All that adds up to blistering horsepower for even the most demanding games. Okay, I suppose die-hard players would prefer 32GB of RAM and a larger SSD, but at this price? That’s a pretty amazing loadout.

There’s no mention of a mouse or keyboard, so I assume those are a BYO affair.

Now, here’s my word of warning: I’ve found very few reviews of this particular model, and if you check Amazon, you’ll see that some buyers had trouble getting the G65VR to work with an Oculus Rift. However, that was for a slightly different configuration, so it’s hard to say whether this SKU would have the same issues. Also, most of those reviews are at least six months old — hopefully MSI would have worked out any wrinkles by now?

No question, $900 is still a lot to spend on a PC, but, man, good luck finding another desktop with this much power for this low a price.

Bonus deal: I’ve wanted the Sphero R2-D2 App-Enabled Droid ever since it emotively waddled into my heart last summer. But $180? That’s just not the droid deal I’m looking for.

This is way more than just a beeping, booping, head-swiveling R2 unit. It does all that, sure, but also rolls around on treads — on two legs or three. That’s right: It can lean back and sprout its center third leg for moving on rough surfaces like carpets. Oh, and don’t forget the emotive waddles.

With a 4.7-star user rating, this adorable (and sinister) little guy is sure to please. It’s also sure to get me to spend $40. Because geeks gotta geek!

CNET’s Cheapskate scours the web for great deals on PCs, phones, gadgets and much more. Note that CNET may get a share of revenue from the sale of the products featured on this page. Questions about the Cheapskate blog? Find the answers on our FAQ page. Find more great buys on the CNET Deals page and follow the Cheapskate on Facebook and Twitter!

How to watch Apple’s WWDC ‘State of the Union’ address 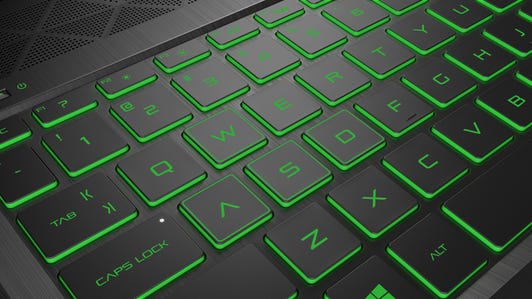 New HP Pavilion Gaming is the highlight of the spring line