Samsung’s next Galaxy Unpacked is less than three weeks away, and an official trailer for the event already has fans excited. In the 45-second video, we see several glimpses of what looks to be two new phones, possibly the rumored Galaxy Z Flip 4 and Galaxy Z Fold 4.

Although the Galaxy Z Flip and Fold 4 are both foldable phones, they differ in many ways. The most noticeable difference is that the Z Fold bends like a book, while the Z Flip folds vertically. Last year’s Z Flip 3 was dubbed the “most normal foldable available,” by CNET’s Patrick Holland and the upcoming Z Flip 4 will probably bring some welcome upgrades and refinements.

We’re collecting all the rumors regarding the Galaxy Z Flip 4’s release date, price, new features and specs, and will be updating this story as new information becomes available. Here’s what we’ve heard so far. Just note that, since these are rumors, none of the specs have been confirmed by Samsung.

But to encourage people to reserve their phones early, from July 19 until Aug. 10, Samsung is offering an extensive list of discounts based on different bundles, from a maximum of $200 off for those reserving a Galaxy phone, watch and buds down to a minimum of $30 off for just reserving Galaxy buds. While this could be a hint of what’s coming at Unpacked, the savings could apply to older Galaxy Watch or Galaxy Buds models.

Following rumors about an August Unpacked from tipster Evan Blass, Samsung confirmed that it will hold an event on Aug. 10, 2022. It’s still unclear what exactly will be announced at the company’s upcoming event, but Samsung’s invitation and latest trailer shows what appears to be a new version of the clamshell Galaxy Z Flip.

Looking at the history of the foldable phone (and that of its Galaxy Z Fold sibling), we can broadly deduce when to expect the new device.

The Galaxy Z Flip’s launches don’t appear to follow a specific pattern, as the original was announced in February 2020 and the Galaxy Z Flip 3 was released in August 2021. However, Samsung seems to have buddied the device with the Galaxy Z Fold, which is why the Z Flip jumped from version 1 to 3 — to match the naming convention of the Z Fold.

The 2019 Galaxy Fold and 2020 Z Fold 2 were released in September, while the Z Fold 3 debuted in August 2021. If Samsung plans on releasing the phones as a pair, we can likely expect the Galaxy Z Flip 4 in August or September alongside the Galaxy Z Fold 4, which aligns with the upcoming event date.

Price: The Galaxy Z Flip 4 could be less expensive

We haven’t yet heard much in terms of the Galaxy Z Flip 4’s possible price. But, we can look to rumors about the Galaxy Z Fold 4 for hints.

A Korean leaker who goes by the handle yeux1122 suggests the upcoming Galaxy Z Fold 4 will cost less than the Z Fold 3. (Leaker yeux1122 doesn’t have much of a track record compared to others. MacRumors reported in February that they correctly guessed the iPad Mini 6’s release time frame, but were incorrect about the tablet’s screen size.) Although the tipster didn’t provide any further detail, that speculation aligns with the phone’s price history. The Galaxy Z Fold 3 ($1,800) got a price drop compared to the Fold 2 ($2,000). The price of the Galaxy Z Flip 3 was slashed last year as well to $1,000 from $1,380 for the original Z Flip.

With that in mind, it’s within the realm of possibility for Samsung to decrease the cost of the Z Flip 4. But, like every other rumor, we won’t know for sure until the company announces the device.

Rumors about the upcoming Galaxy Z Flip 4’s display suggest Samsung’s making a few small tweaks rather than large sweeping upgrades. According to Korean news site The Elec, the Z Flip 4 will retain the 6.7-inch internal foldable display of the Z Flip 3, but the external cover screen will slightly increase from 1.83 to 1.9 inches. Ross Young, co-founder and CEO of Display Supply Chain Consultants, however, believes that the cover display could increase further to 2 inches.

The Galaxy Z Flip 3’s cover screen, the display on the outside when the phone is closed, is four times larger than that of the original Z Flip, and Holland lauded the move as a “step in the right direction.” A slightly bigger cover screen could make reading notifications and swiping widgets a little easier.

The Galaxy Z Flip 4 may also get a redesigned hinge. That is, according to leaker Ice Universe. The new hinge, which is also shown in leaked images of the foldable phone posted by Blass, would be thinner than those on the Galaxy Z Flip 3 and may give the phone’s an overall slimmer design.

According to a patent Samsung filed with the World Intellectual Property Office, however, the Galaxy Z Flip 4 may get more than just a new cover screen and hinge. The patent, as Dutch blog LetsGoDigital reported in March, shows a Galaxy Z Flip that has both a foldable and extendable screen that can be pulled out to create a display that is twice as large.

Read more: 6 Exciting Gadgets We Want From Samsung This Year

Samsung didn’t upgrade the camera hardware for the Galaxy Z Flip 3, but the upcoming Z Flip 4 may offer some improvements. If rumors are to be believed, the new foldable will offer a rotating camera and a better under-display camera.

Samsung filed another patent application with the World Intellectual Property Office for a clamshell phone sporting a rotating camera, as LetsGoDigital reported in 2021. The camera, which lives on the foldable’s hinge, has two lenses and can pivot to be used when the phone is closed, open or at different angles in between. This means the camera could take selfies and meet other photography needs.

Although a one-size-fits-all camera sounds neat, it may also cause the foldable’s hinge to be significantly larger, making the phone itself bigger and bulkier.

Read more: It Might Finally Be Time for Foldable Phones

Other rumored specs and features

The Galaxy Z Flip 4 may have a larger battery capacity than its predecessor. According to leaker Ice Universe, Samsung’s upcoming foldable phone could sport a 3,700-mAh battery. That’s 400 mAh larger than last year’s Galaxy Z Flip 3.

The Galaxy Z Flip 4 is rumored to come in four colors, including blue, black, cream and a lavender option said to be called Bora Purple, according to supposed renders posted by MySmartPrice.

We still have some weeks until the Galaxy Z Flip 4’s possible reveal, but we have some helpful information to check out while you wait. You can read up on rumors about the Galaxy Z Fold 4 and CNET’s reviews of Samsung’s flagship phones, the Galaxy S22 and S22 Ultra. You can also check out how to save up to $200 on Samsung’s new foldables before they even launch.

Have an Android phone that needs tweaking? Take a look at these settings to change and how to clear your browser cache. More of an Apple fan? We’re collecting iPhone 14 rumors, too. Extend your desktop to a 15.6-inch portable monitor for just $144 Facebook’s financial partners in Libra may be getting cold feet 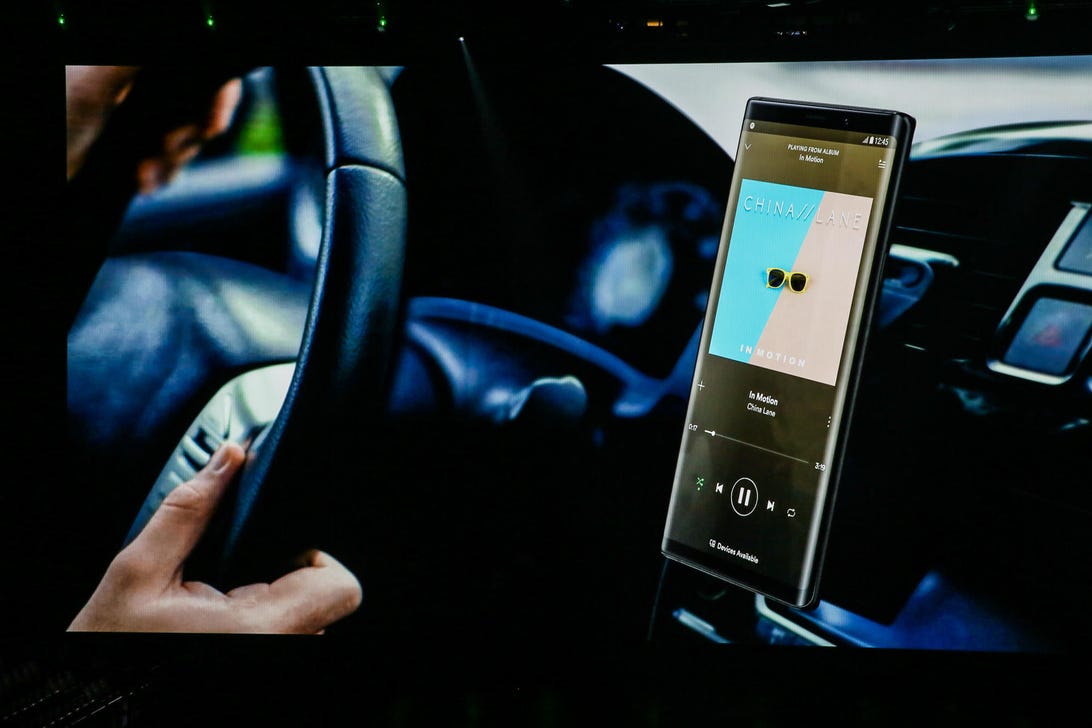