Samsung’s Galaxy S21 and Galaxy S20 phones are both excellent Android phones, so much so that a prospective buyer might consider buying one of Samsung’s older phones, rather than waiting for the S22, to save some cash. The Galaxy S20 in particular has had quite the price drop, launching at $999 right as the coronavirus pandemic hit back in March 2020 and now available for $650. That puts it substantially lower than the Galaxy S21, which is currently $150 more expensive at $800. But does it still make sense to buy an S20 or S21 now, knowing the Galaxy S22 is just around the corner?

Though Samsung made some exciting improvements to the Galaxy S21, there are also a few features that the older Galaxy S20 has that the Galaxy S21 does not, which may be worth considering in determining the better value. Plus, theGalaxy S22’s rumored features and specs are worth looking into as well.

For those considering whether last year’s, this year’s or the possibility of next year’s phone is the best value, let’s focus on these key features. And we’ll splash in some Galaxy S22 rumors, just in case you decide it’s better off to wait.

It’s still early days for 5G. Most carriers are rolling out the network still, with many promising faster speeds and wider coverage areas over the next several years. That said, Samsung has been supporting 5G since the Galaxy S20. As such it’s also available on the Galaxy S21 and a certainty for the rumored Galaxy S22. But there are differences in terms of the type of 5G signals the two existing phones support.

The Galaxy S20 on most models provides support for the Sub-6 type of 5G, which has slower peak speeds than the millimeter wave version that is still being rolled out. The Verizon model does support that faster form of 5G, however.

If 5G is important to you, then the Galaxy S21 is likely the better purchase going forward since it supports both types on all models. But if it’s more of a “nice to have,” then the increased speeds you can get on the S20 will likely be enough for most of your needs, even if it’s not the fastest of them all.

To be clear, 4G LTE still works fine and is still being supported alongside the 5G rollout.

The Galaxy S20 and the Galaxy S21 have the same cameras, making this particular comparison a draw on a technical level, and a win for the cheaper Galaxy S20 on a price level. Both have on their backs a 64-megapixel telephoto camera, a 12-megapixel wide-angle camera and a 12-megapixel ultrawide camera. Around the front is a 10-megapixel selfie camera.

There aren’t as many rumors yet on the Galaxy S22’s camera on the base model, but there is speculation suggesting that the highest-end Galaxy S22 Ultra will include a 200-megapixel camera based on a teaser tweet from Samsung’s Exynos account.

Years of software support are often one of the biggest reasons not to buy a year-old phone. Generally speaking, most phones are launched with a clear timeline on how many years manufacturers plan to continue updating them to the newest versions of Android.

The Galaxy S20 and Galaxy S21 series are both getting at least three generations of Android, the former having launched with Android 10. This means the Galaxy S20 is assured to receive Android 12 and Android 13. The Galaxy S21 will receive support through Android 14. But unlike Google’s Pixel or Apple’s iPhone line, Samsung takes time to customize Android for its phones and often launches its software updates months after an Android update’s release. This means Samsung phones get bumped up closer to the end of the year or as late as the first few months of the following year.

Samsung’s Galaxy S20 actually has a higher-resolution screen compared to the S21. The phone’s 6.2-inch Dynamic AMOLED has a 3,200×1,440-pixel resolution, a density of 563 pixels per inch and a 120Hz screen refresh rate option (60Hz is set by default). My colleague Jessica Dolcourt called the screen “tack-sharp” in her review of the phone.

By comparison, the Galaxy S21 has a 6.2-inch AMOLED screen with a 2,400×1,080 resolution, and a pixel density of 421ppi. It’s a nominal reduction in resolution, but my colleague Patrick Holland said in his Galaxy S21 review that the reduction is not as dramatic as it may seem. The screen uses its adaptive screen refresh rate to switch between 48Hz and 120Hz, depending on whether you are playing a game or just reading an article, allowing the phone to show off more graphical fidelity when you want it and save battery when you don’t need it.

Samsung Pay might sound like the same as Apple Pay and Google Pay, and in many ways it is. All three allow you to use your phone to make contactless payments instead of pulling out a credit card from your wallet. But when they first launched, Samsung Pay had a trump card feature that made it substantially more universal than either of Apple or Google’s options.

That feature was magnetic stripe technology (MST), which allows for Samsung phones that support it to make payments at payment terminals that relied solely on swiping the magnetic strip on a credit card.

It was far from flawless, but was a fantastic way to make secure payments when it worked. Back when I used a Galaxy S6 and Galaxy S10 phone, a bagel shop I enjoy was also one of the last I know to adopt contactless payment. To buy my breakfast there, I would just plop the phone onto the credit card reader and be on my way. The cashier at the store was aware of this too, and anytime someone pulled out a phone to pay, would ask if it was a Samsung since they were the only ones that worked.

But now, the Galaxy S20 and other Samsung phones released in 2020 are the last to include the feature. Starting with the Galaxy S21, Samsung Pay will no longer include the MST feature and rely just on near-field communication (NFC) — basically becoming identical in access to Apple Pay and Google Pay.

That said, contactless payment adoption has escalated quite a bit in the US over the last few years. Mastercard has even announced plans to remove magnetic strips from cards by 2024.

Ultimately, while it’s a long time coming, it’s possible that NFC payments using contactless cards or phones will indeed reach ubiquity, and that magnetic swipe really could be relegated to the past soon.

If having that type of access to older payment terminals is important to you, then the Galaxy S20 is your only option among the phones we are comparing. The Galaxy S21 won’t have MST, and it’s doubtful the Galaxy S22 will either.

You may want to wait before deciding

While the Galaxy S20 could save you a couple hundred dollars off the price of the Galaxy S21, it’s worth noting that we expect a rumored Galaxy S21 FE could be arriving soon with a $699 starting price. This would be a sequel to last year’s Galaxy S20 FE, which also launched at that price in late 2020. This could be a compelling phone for anyone considering the Galaxy S20, because it would likely have many of the same features as the Galaxy S21 while also getting a full four years of software support.

Do you currently have the Galaxy S20 or another Samsung phone from 2020 or earlier? Let us know how it’s still running and if you would consider purchasing an older phone over a newer one in the comments section. 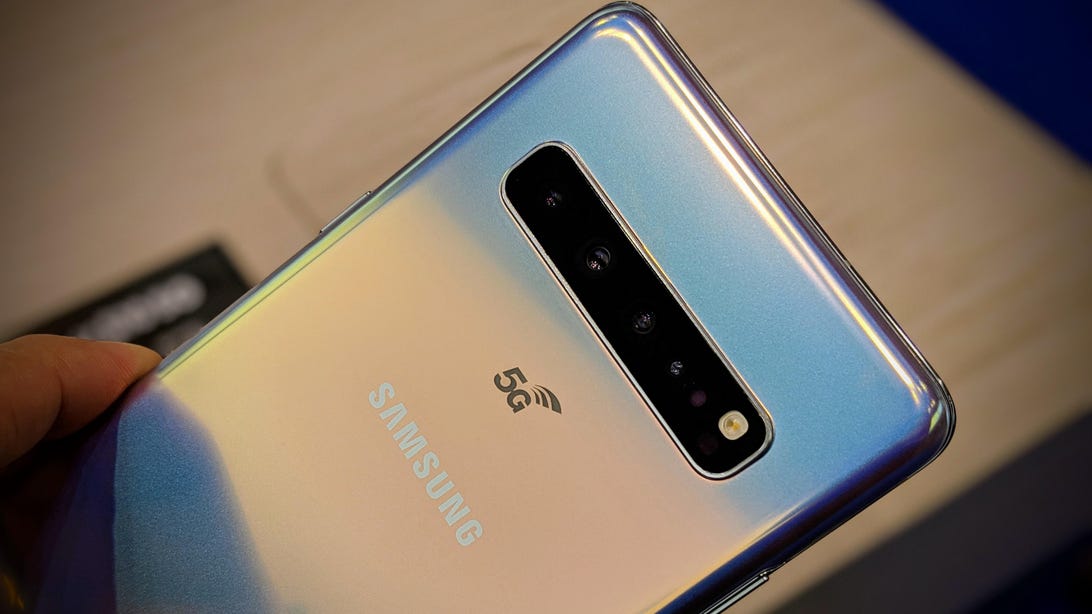 5G will rule on high-end phones by year’s end, ready or not 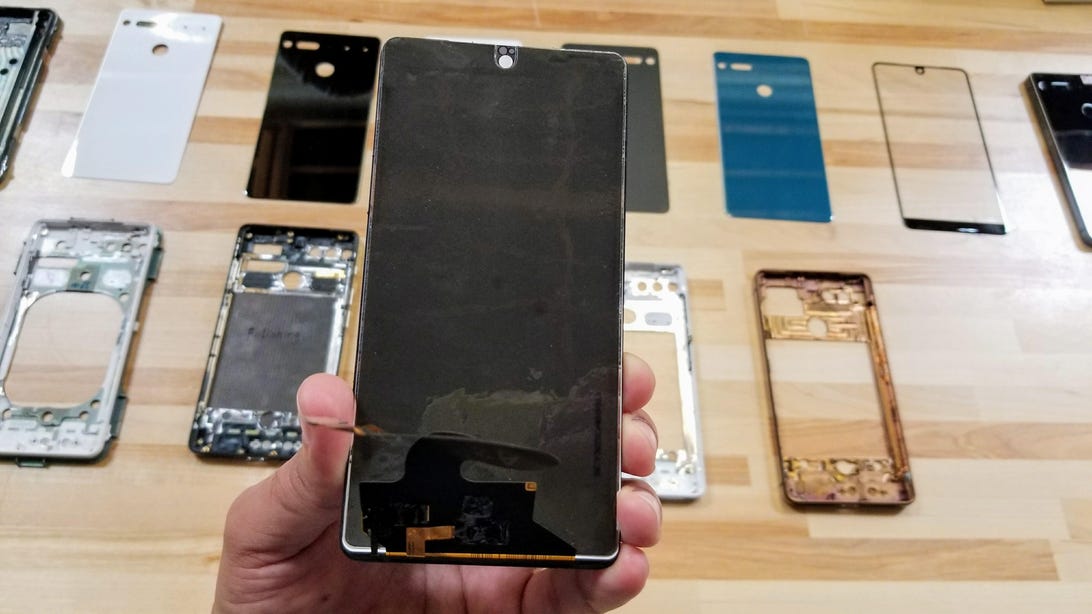