Short answer: Yes, if you’re fine with a deal on an older tablet and you aren’t picky about particular storage configurations, Prime Day could be a good time to buy. However, you might be best off waiting to see what new models get released later this year.

Amazon Prime Day is coming July 12 to 13, bringing a flood of sales that can get incredibly overwhelming. Every year, some of the discounts are on tablets: iPads, in particular. Should you take the opportunity to upgrade?

If you’re looking for a low-cost tablet, the answer’s easier: Apple releases new basic iPads (simply called “iPad”) each fall, and they’re not that expensive to begin with, generally running  around $300 to $400. Prime Day can sometimes get you a discount on older models or configurations with more onboard storage. Low-cost Fire Tablets are always on sale, too.

But, for more expensive iPads, the math gets more challenging. The savings can be greater on iPad Air or iPad Pro models, but you may also want to consider waiting until the fall, too.

Should I buy an iPad Pro on Prime Day?

Apple’s iPad Pro last got an upgrade in the spring of 2021, which is a long time. New models are probably coming this fall, with expected upgrades to a new M2 chip and who knows what else. The good news on iPads is they generally have a long lifespan, and Apple’s highly specced-out Pro models have speed and features that can take years to trickle down to lower-cost iPads. In that sense, getting an older model on sale can end up being a great alternative to buying a newer, less-Pro iPad.

The 2021 iPad Pro has an M1 chip, which seems to be Apple’s cutoff for taking advantage of newer multitasking features on iPadOS starting this fall. If you care about software features and future compatibility, you’d better make sure your expensive iPad purchase has an M1.

But if you’re fine with an iPad that just works and has some great fancier features, you could still get an older iPad on sale. The 2020 iPad Pro lacks the M1 chip, and doesn’t have an autozooming front-facing camera, but it’s pretty similar otherwise to the 2021 model.

Keep in mind that only the 12.9-inch 2021 iPad Pro has a step-up Mini LED display that’s brighter and has better black-level contrast than other iPad models.

Should I buy an iPad Air on Prime Day?

The iPad Air was updated this spring, and it’s very much the iPad Pro at a lower price with most features intact. It lacks the extra camera and depth-sensing lidar sensor that the iPad Pro uses for some AR and 3D scanning features, but it has a great display, four speakers, USB-C charging and the same fast M1 chip, and also works with Apple’s Magic Keyboard (although it lacks the faster screen refresh rate of the Pro iPads). If it goes on sale, it’s the best pick — unless you can find a 2021 iPad Pro for even less.

The 2021 iPad Pro is still a better tablet, though, so if the price on the Pro drops to match the 2022 Air, you should definitely buy the iPad Pro instead.

There won’t be another iPad Air this year, but Apple could update its base iPad to include a couple of the iPad Air’s features (USB-C, maybe, or a faster chip?). These are just guesses, but again, waiting till September could mean getting a new model with new features at a lower price.

What about a Samsung tablet?

Samsung’s premium Android tablets are some of the only notable high-end Android tablets left on the market (until Google makes its own Pixel tablet next year, that is, although it’s not even clear what OS that will run). Samsung’s Galaxy Tab S8 Plus is a great upgrade over Samsung’s previous S7 tablet line, and has an included stylus and an AMOLED display. But make sure to keep track of the differences between S8, S8 Plus and S8 Ultra lines and prices to make sure whatever’s on sale is actually a good deal. Samsung’s tablets go on sale at other places than Amazon and at other times than Prime Day, too.

Photoshop and Lightroom Super Resolution: How to quadruple your photo size 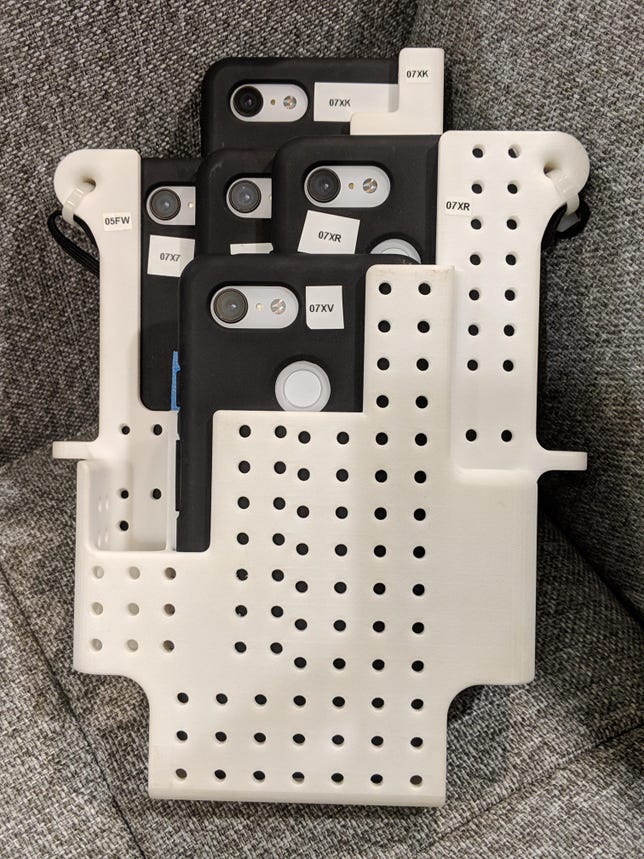