The most exciting trend in audio over the past years is the move toward affordable gear that actually sounds good. Examples include Vizio soundbars, to Elac speakers and even traditionally expensive brands like Sonos. After dabbling in the “budget” category through its excellent Symfonisk collaboration with Ikea, and putting out the excellent One speaker, Sonos has now delivered its first “affordable” soundbar. And it’s a winner.

The $279 Sonos Ray may look deceptively simple with its cut-down feature set, but it still manages to rival the more expensive Sonos Beam in some ways. The Ray lacks an HDMI port and doesn’t have a voice assistant like Alexa or Google Assistant built in, but the sound is tighter than the Beam. Overall the Ray is an even better value than the Beam in my book, because it still has all the features you want as well as great sound for a lower price.

If you’re looking to save money, Sonos probably isn’t the first place you’d look, but budget-oriented products such as the Ray allow more people to enjoy the company’s excellent multiroom system. If you’re in the market for a compact soundbar that can integrate into a whole-home music system today or down the road, the Ray is a fantastic place to start.

The Sonos Ray follows in the tradition of its higher-end siblings the Beam and Arc. It’s also a single soundbar without a subwoofer, but unlike those other two speakers the Ray is a stereo-only model. It has a pair of midwoofers and two tweeters — there are no Dolby Atmos height channels here. Those tweeters feature a proprietary waveguide that focuses high frequencies outwards. They’re the main reason the Ray is able to sound much bigger than its dimensions suggest.

The Ray has a similar aesthetic to the Beam, with a choice of white or black, but the Ray’s a little smaller at 22 inches wide. Unlike the tongue depressor shape of the Beam, the Ray is more trapezoidal, though it boasts the same polycarbonate grill and set of touch controls on the top. When viewing it from above, I immediately noticed the Ray’s lack of microphones. And while it doesn’t have an onboard voice assistant, you can still control it by issuing voice commands to a paired smart speaker such as an Amazon Echo, Google Nest mini or another Sonos smart speaker like the Sonos One.

The other thing the Ray misses out on? HDMI. Given that almost every new soundbar — even the $80 ones — now have an HDMI port, this does seem a weird way to cut costs. It’s not a big omission, however, because basically every TV has a digital optical output, so you should be just fine with connecting to the Ray. While this connection does limit the soundbar to Dolby Digital, the soundbar does come with other audio functions such as Night Mode, Speech Enhancement and TruePlay tuning with an iOS device.

Like every other Sonos soundbar the Ray lacks a remote control, but after a straightforward setup process using the Android or iOS app, you can use your TV remote to control it. If you want to get more involved than changing the volume, the Sonos app lets you activate the sound modes or control music around your house. The Sonos system is still the gold standard of multiroom speakers and features dozens of streaming services, as well as connection with Apple AirPlay 2, Spotify Connect and Tidal Connect.

How does Sonos Ray sound?

I compared the Sonos Ray against two other soundbars, the more Sonos Beam and the Polk React, which costs about the same.

The CNET audio lab is a medium-sized 13- by 16-foot room with high ceilings, and the Ray had no problem filling it with sound. The Ray may not be as loud as the Beam or the React, but it can still play music and movies at satisfying volumes, and with a surprising amount of bass.

Of the three soundbars in the company’s lineup, the Ray most resembles the Sonos One sonically. The midrange is a little “dark” or closed-sounding — though vocals sound super crisp — and the highs and bass are full. The Ray is capable of a wide soundstage and it doesn’t sound like a small speaker at all.

I started my tests with some music — the tight funk of Tom Cardy’s Between the Lines. The song features vocals mixed to the extreme sides with a thudding bass drum and vocoder bass line driving the song from the center. Of the two Sonos speakers I tested, the Beam sounded bigger, offered more midrange detail and better bass thump. By contrast the Ray first exhibited One-like tendencies with a tight, contained sound  that didn’t match the majesty of the Beam.

Next I tried the delicate, heart-breaking folk ballad Field of Flowers by Grand Salvo. This track, with its strummed guitar verses and close-mic-ed vocals, was more intimate on the Ray. Singer Paddy Mann sounded like he was right there with me. The Beam delivered a greater sense of dynamics once the song erupted into its choir-led chorus, but the speaker also amplified the tape hiss, and Mann’s voice wasn’t as present in the verses.

I swapped the Beam for the Polk React and tried music that could test each speaker’s ability to take advantage of the space: Yulunga (Spirit Dance) by Dead Can Dance. At the song’s 3:13 mark the Sonos Ray with its angled tweeters placed the left and right shaker about 3 feet either side of the speaker, and there was even a satisfying phoom from the bass drum. The Polk wasn’t as deep-sounding — there was more ambience from the hall, but Lisa Gerrard’s voice was also a little nasally. Though the Polk demonstrated good stereo separation, the shakers were ultimately limited to the boundaries of the cabinet.

While music was tipped in favor of the Ray, if you watch a lot of movies then the Beam was far and away the best speaker here. The Beam offers effective pseudo-Dolby Atmos effects and with Mad Max: Fury Road it showed what an all-in-one speaker is capable of. At the start of the film, a series of voiceovers recount the events of the world’s apocalypse, and the Beam whizzed portents of doom around my listening room. By comparison the voices were relatively steadfast on the Ray and the Polk React. At 2 minutes and 7 seconds, a car jumps over the listener, an effect brought thrillingly to life by the Beam, with a real sense of both back to front movement and height. Though it didn’t offer the same sense of movement, the Ray’s dialog reproduction was still respectable and it was impressively wide-sounding for a small unit.

Moving to the lobby scene from The Matrix (1 hour, 41 minutes and 4 seconds in), the Polk React was more visceral and bigger-sounding than the Ray. The high frequency and bass effects sounded less boisterous on the Sonos Ray, but on the flipside it wasn’t as exhausting to listen to.

Lastly, I tried the Ray’s Speech Enhancement and it was subtle. It offered a little more definition, especially in the hard to decipher dialogue in Batman Begins — it was easier to make out that the guard was sending Bruce Wayne to “solitary” instead of “cemetary”. Other speakers, such as the Polk React and Zvox AV357 offer numerous levels of voice enhancement, and are more effective if you need to make speech more understandable.

Should you buy it?

I deliberately didn’t compare the Sonos Ray with a Vizio V21 or another soundbar with a separate sub, because if I did it would sound positively anemic. That’s not the point with speakers like the Ray, Beam or React: All three are designed for people who want a soundbar in a single box that’s easy to set up. The Ray sounds particularly good with music and it can be upgraded with Symfonisk rears or a sub later.

For a big discount compared to the Beam, the Sonos Ray offers impressive performance. It’s quite close when it comes to movies, and even better in some cases with music. It may lack the whizz-bang features, but I personally don’t want a voice assistant in my soundbar, anyway. Smart speakers are cheap and go on sale often.

The Ray is a perfect complement to a bedroom TV and it would also make for a good way to upgrade a terrible-sounding television in a smaller living room. If you want voice control and better-sounding movies, the React has the edge, but where the Ray really shines (ahem) is in its integration of multiroom music and streaming features. The Ray sounds good, looks great and is easy to set up and use.

World could be entering worst part of pandemic: Bill Gates on Omicron surge 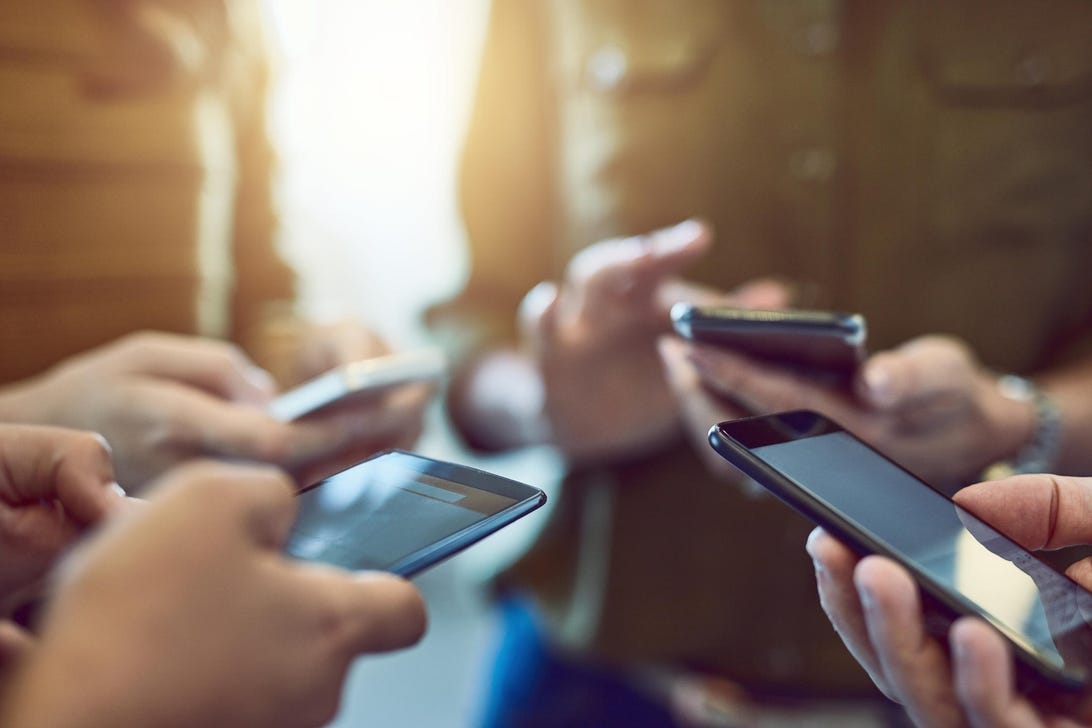 Smartphone shipments to hit 1.7 billion by 2022 Who is Palmer Luckey?