To cater to the ever-growing demands of digital content creators, Sony has introduced a new affordable mirrorless point and shoot camera. The Alpha ZV-E10 was first introduced in global markets a couple of months back and now makes its way into the country.

The Alpha ZV-E10 is a successor to last year’s Sony ZV-1 and borrows a lot – in terms of features – from its predecessor. The camera comes with a large 24-megapixel APS-C sensor and an interchangeable mirrorless mount that lets you use the lens according to the shooting environment.

In our review of Alpha ZV-E10, we found that it is indeed a “vlogging-focused camera with an articulating screen, boosted microphones, and a compact body, it’s a powerful little video tool and takes impressive photos. The ZV-E10 definitely isn’t perfect, with its three main limitations being significant rolling shutter when panning, a non-touch menu system, and no 4K capture at 60p (which isn’t common at the price). Get past those limitations though and you’ll find an affordable, video-focused hybrid with solid audio options.”

Though on all the online platforms, the camera is listed at a discounted price. The camera and the combo are available to purchase at Rs. 52,490 and Rs. 61,490 respectively. We’ve reached out to the brand for clarification around pricing.

Check out the Sony Alpha ZV-E10 on Amazon | Flipkart

The Alpha ZV-E10 comes with quite a few improvements over its predecessor and apart from the larger sensor, it comes with a button to blur the background in real-time. The product showcase feature present on the camera lets the content creators switch the view from the product to creator with just a tap.

To ensure that the creators remain in focus, the camera has a real-time Eye Focus feature that tracks the creator’s motion t while recording the video. Sony says that this feature also works when the face is partially hidden.

Talking about the core features, the camera comes with optical and active electronic image stabilization offering smoother and stable video every time. It supports Sony’s E-mount lenses which makes the camera versatile and lets users the option to use any of the 60 different lenses that Sony sells.

It comes with Sony’s latest Phase Detection autofocus tech that results in faster and more accurate subject tracking for both videos and still images. The camera has a three-way-microphones (left, right and centre) built-in to capture voice clearly and also eliminates the need of getting another accessory – a microphone.

Last but not the least, the camera can be connected directly to a smartphone and stream directly off your camera. 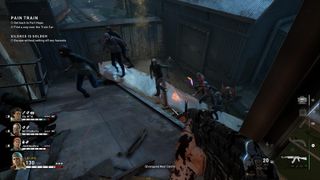 Save up to 77% on phone cases and accessories at Amazon