Editor’s Note: The following story originally ran on June 29, 2017, for the 10th anniversary of the iPhone launch. We’ve republished the story in its original form for the 15th anniversary.

iPhone releases these days aren’t quite as fervent as they were 15 years ago. The ability to order online has largely preempted the need to stand in a long queue to buy the newest model, but also the novelty has worn off after so much time. A new iPhone may be exciting, but it’s not the first iPhone of them all.

It was a different story on June 29, 2007. That’s when I was standing outside the Apple Store in downtown San Francisco in the middle of a huge crowd waiting for the very first iPhone to be released. It was a balmy summer evening (by San Francisco standards) and the Financial District bars were filling with Friday happy-hour crowds eager to start the weekend. But for former CNET editor Donald Bell and me, our workday was just beginning.

Our assignment that evening was to pick up our iPhone review model and head back to the office to start writing the CNET review, published in real time while we tested Apple’s new device for the first time. The plan was that in a few hours we’d know whether it lived up to its stratospheric hype.

The phone was to go on sale at 6 p.m. sharp. By the time we arrived, the enormous throng amassing on the sidewalk was spilling onto the street, nearly blocking the traffic that struggled to pass by.

On one side of the store, a queue of eager buyers that had started to form early in the week was wrapping around the corner and out of sight. On the other side, scores of spectators swarmed against the windows eager for a look while employees inside prepared for the onslaught.

Chaos is a strong word now, but not so much at the time as I was nearly flattened against the store’s glass wall by people pushing in for a look. Finally, the magic hour came and a scene unfolded that has now been repeated many times: The doors opened and cheering, clapping employees formed two lines to greet the excited customers filing in.

We had no time to waste. Donald and I quickly picked up our phone and hurried back to the office to hunker down and get to work. We started with the First Look video that you can watch above (when did I ever have that much hair?) and then started poking and prodding the phone while noting our observations in a CNET Crave blog post. By 2 a.m. we were done and CNET’s first iPhone review was finished and live. It took pizza, beers and a few hours in an empty office.

The original iPhone’s competition: Remember these top phones from 2007?

A new kind of smartphone

Reading back now, it’s remarkable how different it was from any other phone on the market at the time. Many of us, me included in 2007, still used flip phones that didn’t do much besides make calls. Sure, other “smartphones” existed, but they used mobile software from Palm, BlackBerry and Windows Mobile. The first two were fine, but Windows Mobile? Even back then I said don’t bother.

The story of the first iPhone wasn’t that it had features we’d never seen before, but that it presented them better. Beyond a user interface that didn’t need an instruction manual, that story was true for the all-touchscreen design, the music and video player, the mobile browser and the easy integration of the first apps like email, Google Maps and YouTube (the actual iOS App Store would come a year later).

It was missing some very basic things, such as 3G, stereo Bluetooth, voice dialing and video recording on the (2-megapixel!) camera. We rightly made a fuss about those omissions, but they eventually arrived. Likewise, while we praised the beginnings of iOS, it took a while before we got necessary things like multitasking (well, Apple’s version of it), cut and paste, and multimedia messaging. Oh, and that non-removable battery? At the time it was an outrage, but now it’s commonplace. And how small that first iPhone looks today!

Even with those first iPhone shortfalls, popular Windows Mobile and Palm OS smartphones with physical keyboards such as the Palm Treo, Motorola Q, Samsung BlackJack and Nokia N95 struggled to keep up. BlackBerry phones, fueled by a passionate and devoted user base, lingered on until just this year. Google countered a year later with the Android OS (born on the T-Mobile G1, aka HTC Dream) and a ferocious rivalry commenced. Windows Phone tried to muscle its way in, but had limited success (Microsoft killed the software in 2017).

Fifteen years later it’s a common cliche, and perhaps simplistic, to say that the iPhone brought the smartphone into the mainstream. But it’s also true. 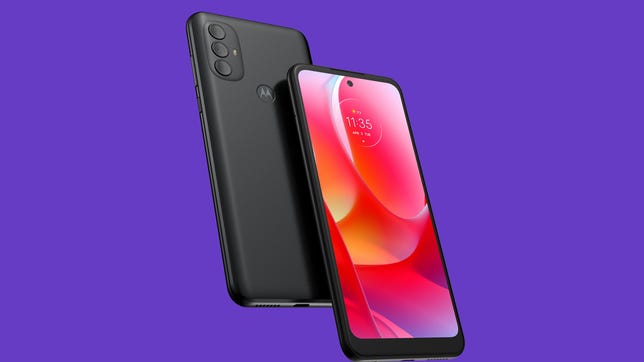 Best Phone Deals: Carrier Sales and Unlocked Phone Discounts Whether you're looking to upgrade your current phone or add a line to your plan, here are all the best phone deals to take advantage of today. Future AirPods could check your posture and temperature, report says