It can be difficult to find truly cheap MacBook Pro deals. These are premium laptops, and the jewel in Apple’s lineup of luxury laptops. That means they don’t tend to lose too much of their value, however recent price drops have shown us that MacBook Pro deals perhaps aren’t as rare these days as they once were.

MacBook Pro prices already start pretty high, which does give retailers plenty of scope for discounting during sales periods. However, demand is equally high for these machines – which means fewer cheap MacBook Pro deals during the rest of the year.

That’s not to say a discount isn’t out there, though – in fact we’ve seen the latest M1 range of MacBook Pros pretty much constantly on sale since release.

You want the best there is, but there’s no reason to pay more than you should for it. If you want to save some money you could check out the other non-Pro MacBook deals or maybe even a standard cheap laptop deal. We’re also showing you how to make the most of cheap MacBook Pro trade-in schemes and student discounts further down the page as well. Plus, you may find additional savings up for grabs soon courtesy of upcoming back to school sales and Labor Day sales.

The most powerful 13-inch Pro on the market

The new M1 MacBook Pro offers a stark upgrade in processing power, and at a similar price range to the previous 2020 13-inch Intel model. Overall, it’s a better buy, especially seeing as those MacBook Pro prices do match fairly frequently. However, you might find MacBook Pro deals hitting the earlier model more now that this beast is in the wild.

That means you’ll want to decide whether you go for a potentially cheaper price point with the previous generation or a considerable performance upgrade with Apple’s own chip. We’ve already seen some surprise price cuts over Black Friday – mere weeks after the latest MacBook Pro was released, however, which means the latest model may be more affordable than you think. Plus, with cheap MacBook Pro deals landing on these models as we move into 2021, things are looking particularly affordable right now.

The new MacBook certainly delivers on Apple’s promise of a revolutionary experience. Performance sees a considerable boost from the new M1 hardware, even running legacy apps designed for previous Intel machines. Things still look pretty similar from the outside, but you’re running a serious powerful machine here, with a price that even manages to undercut other high end ultrabooks in value.

The 13-inch MacBook Pro is the model of choice for most creative professionals due to its balance between power and affordability, so it’s understandable that some frustration has already arisen from the baseline model’s use of an 8th generation Intel processor. Entry level buyers, therefore, will be working with a pretty old CPU that may not be able to hack the latest heavy duty programs. However, with improved RAM speeds, double the storage on offer, and an improved keyboard all at the same price as 2019’s instalment, the trade off may well be worth it.

If you’re willing to put some cash on the table, however, you can boost the 13-inch MacBook Pro up to the latest 10th generation of Intel processors with up to 4TB of SSD storage, marking a return to the tiny powerhouse many have found in previous iterations.

We’ve already seen some cheap MacBook Pro deals hitting this 2020 release, and more are sure to be on their way as the M1 model ages over the year, so there’s plenty of scope to score yourself a discount.

A beast of a MacBook with the launch price to match

The 2019 16-inch MacBook Pro was released to replace the 15-inch model from earlier in the year, and it does far more than just add some centimeters to the display. Running an 8-core 9th generation i9 processor with 64GB of RAM and an 8TB SSD must feel nice, and while it’s exciting that it’s possible, that’s a spec on its way to setting you back around $5,800. Nevertheless, this brand new MacBook is capable of blisteringly fast speeds even down to its most humble configuration (the little 6-core 9th gen i9 processor that could).

There are massive specs on offer here, but keeping all that power in place is a larger 16-inch chassis with an improved keyboard and a brighter, more intelligent Retina display. There’s a lot going inside, so it’s a good thing the 2019 16-inch MacBook Pro also boasts the largest battery capacity of any MacBook ever released, offering up to 11 hours of wireless use. While the battery does support an on-the-go workflow, the MacBook Pro weighs in at a hefty 2kg – and with that extra screen size you might think twice about lugging it around in a backpack all day.

This is no cheap MacBook Pro, but it is an impressive feat of laptop development. While the most powerful configurations are outside the scope of most peoples’ wallets, you may be able to find enough loose change to invest in one of the more realistic models. MacBook Pro sales have seen $300 – $400 being cut off the MSRP as well, so there are deals to be had if you’re keen.

Slightly cheaper than the 16-inch

The 15-inch 2019 MacBook Pro isn’t currently on sale at Apple, however you’ll still find it on the shelves at a handful of retailers, particularly in the US. The price reflects a cheaper offer than the later 16-inch model, but you’re picking up a fair amount of power.

If you’re involved in the creative arts, digital design or engineering, then you might find Apple’s latest is more than up to the task of the increasingly demanding apps and programs. Plus, you can save a little over the more expensive 16-inch model as well, which typically offers a much higher cost even in cheap MacBook Pro sales.

The 13-inch 2019 MacBook Pro offers up one of the cheapest ways for entry level buyers to get their hands on a luxury laptop in 2021. Prices have dropped nicely now that we’re two generations ahead – however stock levels are taking a hit as retailers gradually reduce their shelving space for such an old model. That means there will likely be some healthy MacBook Pro deals on traditionally more expensive configurations, but you might have to hunt to secure stock.

This might still not be considered a cheap MacBook Pro, then, but you will be getting more powerful specs at a price point the newer devices won’t be able to match.

A little older but big storage on offer for less

The 2018 version of the 13-inch Apple MacBook Pro was the best yet in its day. Now it’s a decent choice if you’re getting plenty of storage that you wouldn’t normally see at this price range, as it still comes with the Touch Bar as standard and features a range of improvements over the older models. The screen resolution may be the same with the excellent Retina display, but True Tone technology is still inside that senses ambient lighting in the room or outdoors to adjust the brightness of the screen for the best possible picture.

The keyboard is quieter and less ‘clicky’ than older models, and you’re still picking up 8th generation processors which certainly aren’t too old to be worth the right price. There’s more options for larger RAM than older options, making this a potential steal for creatives.

It’s a little rare to find this particular model featured in particularly cheap MacBook Pro deals, but you’ll find some fantastic prices on renewed versions at places like Amazon and Newegg.

Where to find the cheap MacBook Pro deals

If you’re after more cheap MacBook Pro deals, you can head straight to the retailers themselves. Here we’ve brought you all the best places to check out if you’re looking to score a saving on Apple’s luxury laptop line.

Can you buy a cheap MacBook Pro?

A cheap MacBook Pro is relative – these computers are by no means made for budget-minded shoppers. However, with MacBook Pro deals dropping more and more cash off these luxury laptops each year, there’s certainly hope for picking up a discounted model these days. Whether you opt for a reduced entry level current gen laptop, or an older but refurbished model, you can find cheap MacBook Pros available for under $1,000 if you’re shopping at the right time, or willing to drop enough new features.

Is the Macbook Pro price worth it?

The Macbook Pro is made for its power users. With a price point that can make everyday laptop users wary, Apple’s range of lightweight super computers can seem inaccessible. If you’re looking for a laptop that can handle anything, though, and will be able to handle anything for a long time into the future, then this is the laptop for you.

While the Macbook Pro might have a heady overhead cost, it’s an investment that will last you longer than other only slightly cheaper laptops will. So, if you’re a creative or looking to power through high performance apps and complex workflows the Macbook Pro price is absolutely worth it. If you want to check your emails and watch Netflix, you might be better off elsewhere.

MacBook Pro trade-in: how to get a good deal

Using a MacBook Pro trade-in scheme to shave some cash off your new purchase has its upsides and downsides. While they can certainly take a considerable amount off your final price and they’re far more convenient, you can often claim far more cash for your old laptop by selling your MacBook by yourself. That’s because these luxury computers rarely lose their value once they’re on the market.

However, if you’re simply looking to save as much as possible on cheap MacBook Pro deals, your best bet is to head straight to Apple for a trade-in evaluation.

MacBook Pro student discounts can also save you extra cash on your new laptop. Offers vary by country, but currently US students, school staff, and parents can save $100 on a MacBook Pro laptop, meanwhile in the UK you can save 10% on Apple products with the appropriate student ID. Combine this with Apple’s (albeit rare) MacBook Pro sales and you’re onto a hefty saving.

Kerry rallies global climate push as uncertainty grows in US 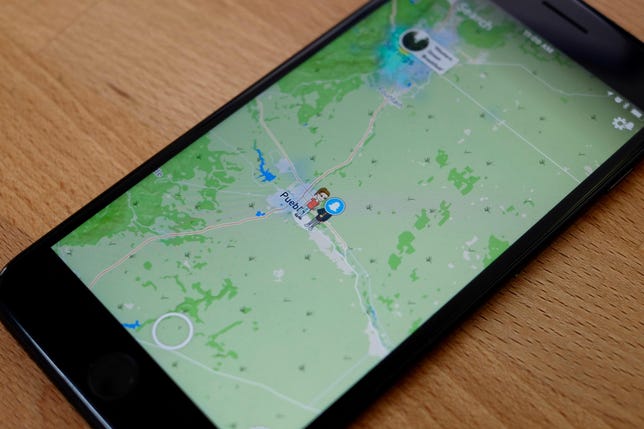