Despite the modern reliance on the cloud, many of us still need to make physical copies of our paperwork. Important documents need copies, physical pictures need to be scanned and labels need to be created. The only way to do those things is to have a printer you have easy access to.

While CNET Labs test a whole new range of printers, we’ve put together a list of printers the CNET staff use at home and at the office and the reasons why they chose that particular model. These have not been formally tested to destruction, but are used in the way most people do.

Cheap and reliable is what we want

A printer is one of those things that I don’t use often, and when I do need to use it, I hope that it works. I’ve gone through several printers in recent years, because every time I want to use it the ink is dried out or something else needs to be fixed. I was looking for a low-maintenance option that had affordable ink replacements, and that’s where I came across this Epson model.

It’s an all-in-one unit, so I can still scan documents to my PC when needed, but the best part is that I’ve yet to find the ink dried up when I wanted to use it. It also prints reliably for small and medium jobs. The ink isn’t expensive, and you can buy an XL version of the cartridge which offers 2.5x the capacity for a little extra money. Overall, it’s a great printer if you don’t need to print tons of pages in a short period of time (because it’s a little slow) but still want something that won’t make you go broke when you need new color or black ink.

The big selling point of the EcoTank line is that it does away with cartridges. Even if you only print a couple of times a week, it’s worth the extra cost. My family prints more than that and we’re still on the original ink refills that came with the printer after years of use. The 3750 model was replaced by the 3850 in September 2021 but they’re essentially the same printer.

Because it’s a lower-end model in the line, the printer isn’t a speed demon with color prints and its tray holds only 250 sheets. It doesn’t have a touchscreen, just a small display and navigation buttons that aren’t backlit. But it has all the other features I’d expect from a compact all-in-one for a small office or home office: You get wired and wireless connections with mobile printing, an auto-document feeder and automatic two-sided printing. Print quality is respectable, too. It excels on black-and-white documents but it’s OK for photos as well.

When all you need is documents

I’ve had this printer for at least five years and it’s been solid. Unlike some other printers I’ve had, it rarely gets disconnected from the Wi-Fi network so my whole family can easily print stuff from their various computers and phones without me having to troubleshoot the connection. Printing is fast and since its laser ink isn’t expensive per sheet. I’m fine with black and white and the few times I need color I’ll print at the local drugstore.

The one downside is that double-sided printing always jams the feed so I have to take it apart, pull out the paper and restart the job. Sometimes the software seems to select double-sided on its own and I discover the hard way, but once I change back to single-sided (which is what we use most of the time) it’s all good.

My wife loves to make stickers using our HP Envy and the Cricut Explore 3. The Envy has excellent color saturation, especially on the glossy sticker paper she uses. It also has the added bonus of being a scanner, which is especially helpful to scan all our mortgage documents while we move house.

The biggest selling point though is the two-year supply of new inks. Running out of ink is the worst part of using a printer at home, but HP’s replacement service takes away that hassle. It’s worth the money just for that.

It counts as a printer!

I have to make an absurd amount of labels for our son’s Tupperware, school items, folders, cooking products, and so on. This makes it so easy. There are different fonts, sizes and styles to choose from.

The keyboard is dreamy and a far cry from the old-school turnstile. I also love the built-in cutting function. Gone are the days of needing scissors when you’re done.

Easy to store away as needed

Full disclosure: I was the guy who proudly kept his home printer-free while using the office printer for those once- or twice-a-month necessities. Then came the pandemic, and I found myself in need of shipping labels and other documents at home. This tiny HP LaserJet fits perfectly on the bookshelf in my equally tiny Brooklyn apartment, and it reliably prints from PCs, Macs, Chromebooks and smartphones, all over Wi-Fi.

The 2022 model (M110w) is nearly identical to my 2020-era unit (M15w), but take note: The “cheaper” M110we seems to require a subscription to HP’s cloud-ink solution, so go with the pricier model if you want to avoid an always-on connection. Also, this laser printer is black-and-white only, but that’s a feature for me, not a bug.

Other articles from the CNET team 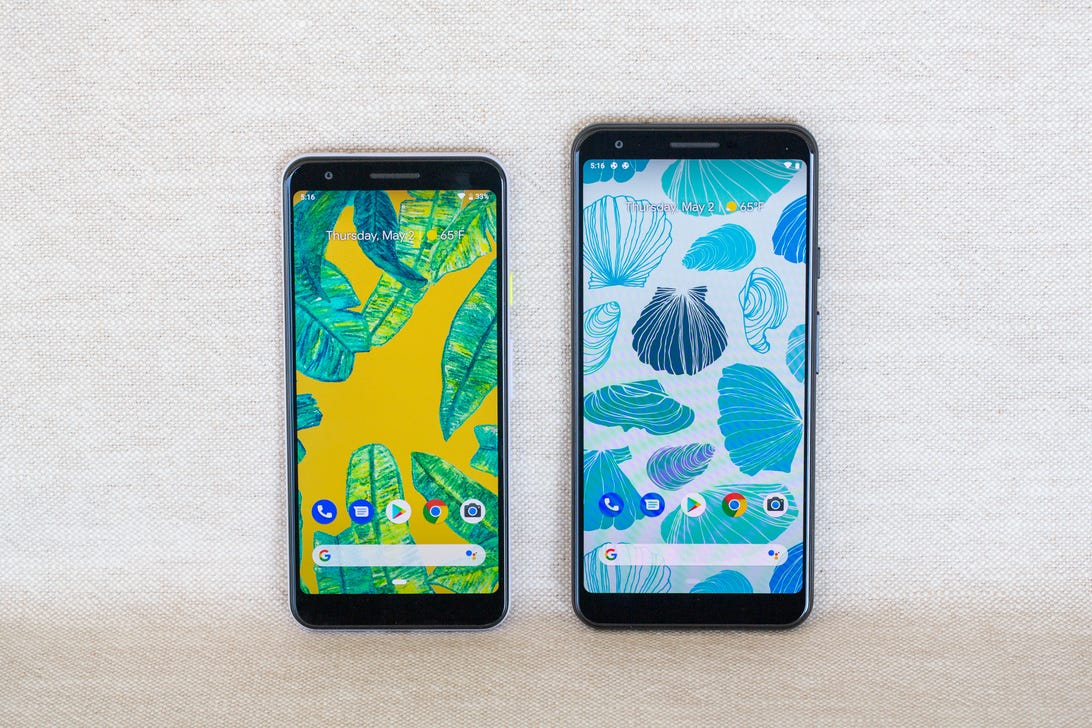 How to order the new Pixel 3A and Pixel 3A XL