The OnePlus 10T is the most pointless phone of 2022. Harsh? Perhaps. But the 10T is a confusing mess that I don’t think OnePlus should have bothered with. Based on the excellent OnePlus 10 Pro, it’s supposed to be a top-end smartphone that packs an even more powerful processor to deliver the best performance around. It sort of does, to a marginal extent.

But to gain that slight (and frankly, inconsequential) extra speed without increasing the price, it makes sacrifices to significant features: its screen quality, design and camera. All those compromises make the 10T feel less premium as a result.

The OnePlus 10T does came at a lower $649 and £629 price in the US for a model with 8GB RAM and 128GB of storage, which is down from the OnePlus 10 Pro’s original $899 base price for a similar memory and storage configuration. But OnePlus also announced a price drop for the 10 Pro, bringing its base price down to $799.

Over in the UK, the phone model I reviewed with 16GB of RAM and 256GB of storage costs £729. (That price roughly converts to AU$1,280.) The 10T isn’t replacing the 10 Pro, though, and I urge you to go for that one instead if you’re reading this article trying to decide which to buy. Especially if the pricing is roughly the same in your territory.

Why do I dislike this phone so much? Let’s start with that supposed power increase. The OnePlus 10T is packing a Qualcomm Snapdragon 8 Plus Gen 1 processor and a mighty 16GB of RAM, which does make it an absolute powerhouse. But on benchmark tests, it only gets marginal gains over the Pro (see the breakdown below).

The reality is that in everyday use, most people simply don’t need or won’t notice that kind of power on their phones.

The 10 Pro was already potent enough to handle everything you can throw at it. Playing demanding games like Genshin Impact, Asphalt 9: Legends or PUBG — all at maxed-out settings — I could see no discernible difference between the 10 Pro and the 10T. General performance as you navigate around the interface is the same, and that extra power isn’t going to help you post a TikTok video quicker or make better-looking photo edits in Snapseed. So what’s the point of it? It’s like deciding to go for a 170 mph sports car instead of a 160 mph one, despite the fact that you’ll only drive it to work and back on 60 mph roads.

The display has a lower resolution, giving it a pixel density of 394ppi against the 10 Pro’s 525ppi, which colors look better on, too. The 10T’s screen is flat, rather than curved at the edges, which makes it lose some of that premium feel. And that’s true of the back as well, with a glossy cover that’s slippery to hold and collects more fingerprints than a whole season of CSI. I’ll take the sophisticated-looking sandblasted back of the 10 Pro any day. The alert slider has been sacrificed, too, which I personally won’t miss, but longtime OnePlus fans likely won’t be pleased.

It’s not that the 10T can’t take good photos (it can, if the conditions are good), but it doesn’t compete with the 10 Pro, especially with ultrawide shots. It’s disappointing that you have to sacrifice camera prowess for that arguably redundant speed gain.

Battery charging gets a boost in the 10T, with 150-watt fast charging available, which trumps the 80-watt in the 10 Pro. On paper, that should allow the phone to charge from empty to full in about 20 minutes, while the 10 Pro will do the same thing in about 30 minutes. Sure, the 10T is faster, but the 10 Pro is already among the fastest-charging handsets on sale. I personally don’t think that extra 10 minutes is going to make a significant improvement to my life. A compatible 150-watt fast charger is included in the box, so you don’t need to factor that into your budget.

Battery life itself is on par with the 10 Pro. After an hour of YouTube streaming over Wi-Fi at max brightness, both phones dropped from full to 92% remaining. You won’t struggle to get a full day of use out of it, but it’ll take very little time to give it a juice up if you do find yourself running out of power later in the day.

The phone arrives with Android 12 and it’s due to get an upgrade to Android 13 “before the end of the year,” although the 10 Pro will receive it first for some reason.

The 10T’s problem is that it feels like OnePlus rushed it out for the sake of being able to say it has the most powerful chip in its phone — despite the chip already being available on other handsets that cost even less. The 10 Pro went on sale in April this year and less than four months later there’s a new iteration of it.

At a time when we should be applauding companies for not unnecessarily launching products and wasting resources for the sake of bragging rights, OnePlus has gone the other way. It hurried out a product that offers little benefit over its existing — and superb — 10 Pro.

Instead of half-ass launching this mess of a phone, I’d rather see the company hold on to those new features, refine them and pack them into a full flagship replacement early next year. One that doesn’t force you to sacrifice specs and performance elsewhere.

I’m disappointed in OnePlus. I can say confidently that if you’re looking for the best all-round experience the company can offer, the OnePlus 10 Pro (and not the 10T) is the phone to get. 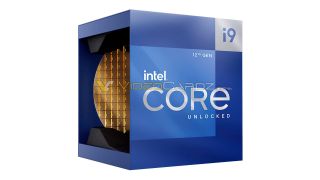 Samsung Galaxy S22 Ultra vs. S21 Ultra: Which one is the better deal? Speck cases are 30% off through July 4 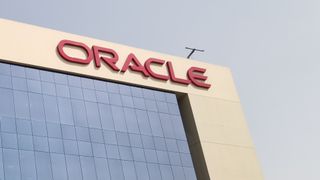