The result of their partnership is the new 4K UHD XClass TV with Comcast’s proprietary smart platform that allows you to access your favorite live and on-demand streaming content from hundreds of apps and services without a subscription.

Because the TVs only need an internet connection to stream shows and movies, Comcast says they’ll be available both inside and outside areas currently serviced by Comcast – which could be a huge help if you aren’t a huge fan of your current TV provider.

The TVs will be available in 43- and 50-inch screen sizes starting this week in select Walmart stores and in the coming weeks through Walmart’s website.

Analysis: The future of cable is… cord-cutting?

What’s interesting about this announcement is that it was, by many analysts’ opinions, inevitable. At some point, traditional cable television companies had to deal with the cord-cutting movement – and this seems to be their answer.

The only question that remains unanswered is how much access to the Xfinity apps will cost. In the past, Comcast has given Xfinity internet subscribers a free Flex set-top box and a free 30-day trial of Xfinity Instant TV. After the trial ends, Comcast has charged $20 per month for the service in the past – however it’s unclear if that price will be the same for XClass TV owners.

The silver lining? The screens will come with 12 months of Peacock Premium in the box and tons of free content from apps like Xumo, Pluto, Tubi and IMDb – which is helpful if you’re looking to save some money on app subscriptions.

We can’t vouch for the TV itself without seeing it; however, according to Hisense, the XClass will support cutting-edge AV technologies like Dolby Vision / Dolby Atmos and will come with a voice search remote, all of which should make it a fairly good value for folks looking for a cheap TV. 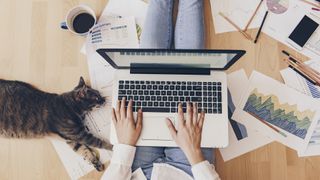 How to keep your home office secure Apple to reveal plans for using its own chips in Macs at WWDC, report says

US keeps Huawei on blacklist, but will allow licensed sales