It seems that a new Nvidia GeForce RTX 3080 model is on the horizon, one that bumps up the graphics card’s VRAM from 10GB to 12GB.

The rumors come from user Vermicelli on the Chiphell forums, who first listed upcoming GPUs. And this new RTX 3080 SKU would mean that the 10GB model would be discontinued, at least according to VideoCardz.

VideoCardz claims Nvidia board partners have been told to prepare for the upcoming refresh, with hints at a possible CES 2022 launch. That would be the same time that other GPUs like the GeForce RTX 3090 Ti and an RTX 3070 Ti 16GB may make an appearance.

There’s also word of an RTX 2060 with 12GB memory, which would use the same PCB as the discontinued Nvidia GeForce RTX 2060 Super according to those same sources.

Analysis: Why the upgrade?

However, the big question remains: why an upgrade in the first place, since there seem to be plans of a 16GB RTX 3070 Ti release underway? So far there doesn’t seem to be any concrete answers from board partners, though there does seem to be an emphasis on memory upgrades judging from this reboot of Nvidia’s Ampere lineup.

This boost would also benefit games such as Far Cry 6. According to Ubisoft, the title requires 11GB of VRAM to run its optional 35GB HD texture pack, which the current 10GB RTX 3080 falls just short of. This isn’t much of an issue when running it at 1440p, but cranking the resolution to 4K with ray tracing is when low and high res textures will start to cause problems.

If the upgrade rumor is true, the GPU’s memory bus would increase from 320-bit to 384-bit, meaning a nice bandwidth boost for the graphic’s card, though memory speeds would stay the same as the previous model.

But these rumors originate from a forum post, so it’s best to approach this with healthy skepticism. 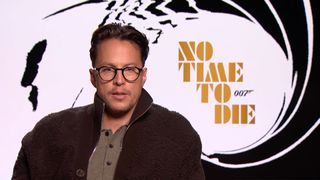